Intercourse is a Longer Word Than Jesus 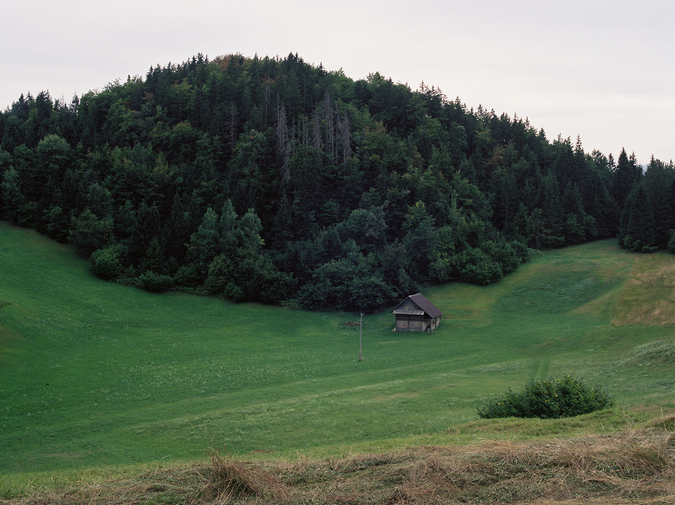 During my formative years in the early 80s I fell in with a band of Southern Baptists who believed masturbation was a sin. Sex was a sin and cursing was a sin and anyone who smoked would find themselves burning forever in the lake of fire. These beliefs were based on the biblical stories of Onan and marriage and that the body is the temple of Christ, though I couldn’t quite understand how, during communion, we could eat the body of Christ and not be eating ourselves, which seems now far more sinful than sex, with or without a partner.

This was the summer after seventh grade, and all my thoughts were sinful, according to the church. The year before I had confessed all my crimes and a man in hip waders held me under water until all the evil in me had fled the power of Christ’s approach, but now, in the early stages of my adolescence, I was obsessed with the opposite sex. When the preacher read from Mark “Therefore what God has joined together, let no one separate," I thought of joining together with Jocelyn Stokes, who sat beside me in Study Hall and occasionally came to church. Every scent of her I caught in the hallways of high school, every slight glance my way, made me think of joining.

But because of the sinful nature of words, no sermon ever said sex. What advice we were given was metaphorical, from Onan to Sodom and Gomorrah to the burning bush. We weren’t really eating the body of Christ at communion, but we were supposed to believe or it wouldn’t work, which made me wonder whether sneaking my mother’s wine was a sin if I really believed it was blood.

It was around this time I began to wonder why we heard so many stories of sin. Surely, I thought, there were more magical things to discuss in the good book. Daniel in the Lion’s Den seemed interesting to a 13 year old boy, as did the wars and wanderings of the Old Testament, the sacrifices and sufferings of the New. The Sunday sermons told us our salvation was at hand if only we took it, but in Sunday School and any service aimed at adolescents, the sins of the flesh were thrust upon us until we all went home with our heads down, sure we were going to hell if we didn’t end our evil ways.

Outside of church I was imagining what Jocelyn looked like in a bathing suit. Eve ate of the forbidden fruit and surely that explains why I couldn’t stop thinking about Jocelyn. But the flesh is weak, as we were often told, and hell a distant thought even when confronted with it at every church function.

This all came to a head that summer when we went to church camp. Packed in a bus and singing songs such as “99 Bottles of Coke On The Wall” and sweating in the ungodly heat, we were once again reminded of our bodies. Mrs. B, the preacher’s wife, allowed boys and girls to sit in the same seat, but only with the stipulation that every few minutes we raised our hands to show we weren’t touching one another inappropriately, which, with Jocelyn sitting beside me, made me think about touching one another inappropriately.

By the time we arrived I was a wreck. There’s only so many verses of “Jesus Loves Me” a man can sing before he goes insane, and so only so many times a teenage boy can brush up against a girl’s sweat-slick shoulder before the chemicals in his brain start sending mixed messages. It was a long trip, made even more so by the constant reminders not to touch one another. Mrs. B entertained us with stories of her dating years, such as how she would put the Bible between her and her date so he would have to go through Matthew, Mark, Luke, and John to get to her, but I was more interested in King David and his dozens of concubines.

The camp was down in a little valley with a creek running through, and surrounded by high hills on all sides. We slept in cinderblock buildings erected around the time Christ was crucified. During the 100 degree days the walls and floors sweated, and at night bats and moths circled overhead while the crickets in the hills sang so loudly I couldn’t sleep, which left me too much time to think things I wasn’t supposed to be thinking.

In the mornings we sat in outdoor gazebos and raced to see who could find the Book of Haggai first, or track down an obscure verse in Malachi, but I couldn’t concentrate and so kept flipping to find stories of Delilah’s great beauty that I would then read to Jocelyn, who wore light summer dresses that left her shoulders bare and always smelled of rose soap.

At night we went to the big church, an open-walled structure that seated seven hundred. Ceiling fans circled overhead, and in the heat of summer in the South I sat beside Jocelyn, rarely listening to the sermon unless it involved the sins of the flesh.

Each service ended with an invitation. This was a time set aside for the sinful to come down and confess their crimes before God and all the church so they might live a better, more meaningful life.

“I know many of you have not been living right,” the sweaty pastor would say, his head bowed and his eyes closed, his voice shaky and full of concern. The better ones might even call up a few tears as they continued: “I know you haven’t been living a life of God. You’ve been living with your sins so long it seems you can never get away from them.

Here he would kneel on the edge of the stage and say “Let me tell you, friends in Christ, God can take all that sin away from you.”

The first nights of camp only a few people came down to the front to give their lives to Jesus, but by Thursday night, the night before we left to go back to our sinful homes, the message had been beaten into us so hard that the trickle became a flood. We walked down to the front and held our hands up to God to ask for salvation from our sinful natures, not realizing at the time we were asking forgiveness for the way we were made. I know now the directors of the camp reminded us of our burgeoning bodies so often because they could see it in the lingering looks we gave one another, but I’ve often wondered why they worked so hard to suppress the desires that we were born with. It occurs to me now that they knew something we didn’t about how difficult it is to change one’s nature—might as well try to stop the bush from burning.

The organ played forever, as more and more people walked down to the front, many of them crying. Guilt is a powerful drug, and we drank it all in, trying to exorcise ourselves, but even in the midst of asking forgiveness I could smell Jocelyn’s perfume, mixed with the salty scent of her skin, and I knew I’d never be free of such desires. I would spend years thinking I was going to hell for having normal teenage thoughts. I would cry myself to sleep some nights, until, years later, I’d lie in bed sweat-slick under the ceiling fan breathing deeply in the aftermath of sex and think that here, finally, all the mysteries had been revealed.

In the aftermath of the invitation Mr. B herded us all together into one of the outdoor gazebos. He said he was proud of us all for asking Christ into our lives. He said we would want to be baptized before the church, that he would continue to teach us to walk in Christ’s footsteps, but for me the adrenaline of the moment had already faded. It would continue to fade until it disappeared, like a summer storm, or the emotions of adolescence. It seemed, in the afterglow, so much pomp and circumstance. I already knew I’d never overcome what the church called my sinful nature, and I knew I didn’t want to. If there is a god, I thought, surely he exists in the long looks between two lovers. Surely he lives in the slight touch you make when maneuvering around one another in the kitchen, or waking to see her face smiling at you. The sounds of her, or him, moving in the other room. Her car pulling into the drive after a long trip away. A memory of your first love on a summer night coming to you unbidden years later, so quick and hard it stuns you for a moment with loss.

Christ can cure all your sins, Mr. B told us, but what if we didn’t want cured, if we believed the touch of another is not sinful but sustaining. All we had to do was ask for salvation, but in my mind the asking would mean giving up so much. Let the flesh be flesh, I thought, and there, at 13 years old, still swaying a bit to the organ music, which was distant now as the cicada’s song, I heard Mr. B say God was the light of our lives. Perhaps that is so. But the fireflies were hitting all around like sparks of salvation. The distant stars spun overhead, and in the summer night Jocelyn looked divine. She always will. From the old chapel came the singing of choirs like angels, as we stood holding hands, waiting for the rest of our lives.