If I Took Them 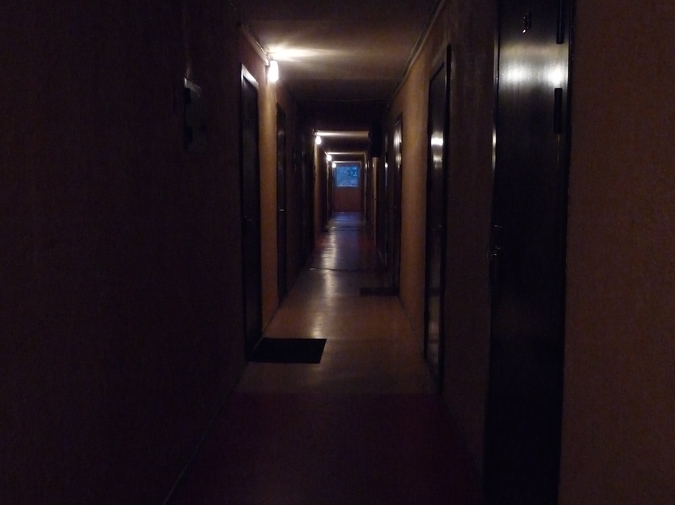 Say you were away on Mother’s Day and someone delivered gardenias to your door across the hall; a purple card affixed with a silver string. Say I brought them home with me—placed them on the counter by the refrigerator, where I keep photos of nieces and nephews, holiday cards flecked with other people’s children, photo strips with wedding hashtags.

Remember the day I hung a banner in your living room for your daughter’s birthday party? Standing on the step ladder with sticky tack in one hand and the first of several glittery capital bubble letters in the other, I saw the chocolate cupcakes; heavy with frosting, a thick layer of plastic between us and them. I envied you then. Maybe I was only hungry.

All you needed was some help with the decorating, you said, your right foot velcroed in a black boot. I was childfree and home with my work, my dog, and a step ladder. When you knocked, I was there. I warmed at the request. I never asked how the party went.

I’m not trying to justify myself. I’m trying to tell you something. Taking the flowers was a reflex, like turning a locked doorknob. I’m responsible, usually, but I had to helicopter them out of there. When you returned, I planned to say, I kept the flowers from wilting. Here they are—fresh and full as the day they arrived at your door. Air-lifted to safety.

I’d have kept a few for myself, of course. Cut flowers aren’t fresh; they’re already on their way to the trash from the moment they arrive. What’s a few missing? People pluck perfectly good, loose petals all the time and press them between pages for preservation, which we later pull from the shelves in used book stores and keep for ourselves. And we see them elsewhere: graduations, opening nights … a piece of organic thread stitching something real together.

Everything alive is beautiful. As soon as I saw the flowers show up on your doormat, petals worn white as a pearl, as precious, I thought only of their smell, of the soil everything springs from, and I watered. I watched.

I never read the card. The card makes the flowers yours. Your daughter may be grown and gone, but she’s yours, too. My dog makes patterns on the floor when it’s time to eat, when it’s time to play; she swats the ground and encircles me. I know her paws on the ground, her tail wag, by heart.

When your daughter comes to visit, I hear you greet her in words. The same language, the same bloom, the same scent in the air—all rarer than you think.

Jiordan Castle is the author of the chapbook All His Breakable Things (Finishing Line Press, 2020). Winner of the 2018 Pigeon Pages essay contest, her work has appeared in New Ohio Review, Third Point Press, Verdad, Vinyl, and elsewhere. She is a regular contributor to the LA-based food and culture magazine Compound Butter and lives in New York City. You can find her at jiordancastle.com and @jiordancastle everywhere else.