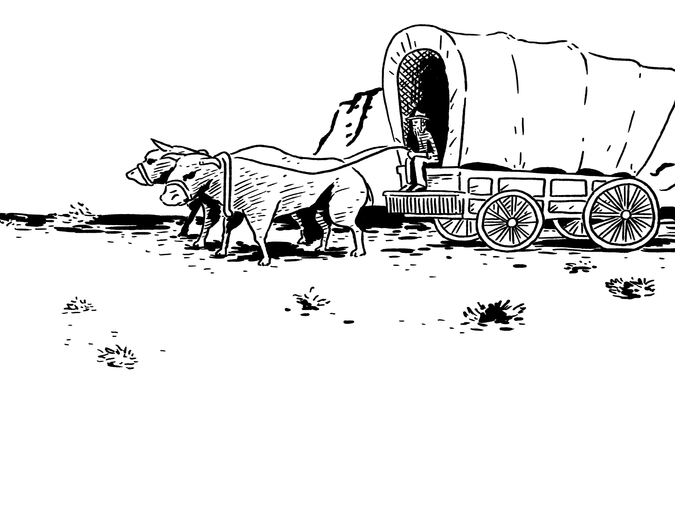 Tabitha Blankenbiller is revisiting the games of her youth, replaying them and writing semi-regular column for us. Previous installments include The Legend of Zelda: Ocarina of Time ("Fifty Shades of Lelda") and Super Mario 64 ("The Last Star").

By September, I was beginning to sense that Portland didn’t have the nation’s monopoly on weirdness. On a Saturday night in downtown Tucson, somewhere between a Spanish mission courtyard and an apartment complex painted in Brazilian day-glo pantones, I wandered into an open-air cantina. As Tecate and margaritas poured from the bar, a 25-piece orchestra of bagpipers serenaded a crowd huddled underneath a mammoth Arizona oak tree, its trunk and limbs bedazzled with white twinkle lights.

The bagpipes, though majestic, were relentless. I felt like my skull was imploding. To save my brain, I bolted into a brightly lit doorway leading to a Mexican art shop.  Relief eased my nerves as the gluttonous music buffered into the background.

The store’s narrow entryway was filled with shelves of miniature Conestoga wagons. They ranged from infant models the size of a palm up to scales large enough to crown a bookshelf and pose Grumpy Cat inside. To most people coming in and out of the store, the wagons were probably filler on the way to the loud, bright Oaxacan animal carvings and Day of the Dead skeleton tableaus and sugar skulls. The wagons, with their mousy wood and dust-spackled canvas covers, seemed to be doing their best wallpaper impressions.

But then, most people in the world aren’t fucking obsessed with wagons.

The entrance was a spell, and I halted, staring at the mess of them. I couldn’t help myself—whenever I saw a wagon, I had to have it. It’s why my office has a vintage covered wagon lamp, and a Prairie Schooner planter sits static in our gravel backyard next to a prickly pear, dangerously off-course in its sojourn to Oregon. The Western towel hanging from my stove earns anyone who dares try to use it a hysterical warning—that’s a DECORATIVE towel!!

Picking a medium-sized wagon from the shelf, the size of a Chipotle burrito, I knew two things. The hidden bagpipe refuge was getting my $15, and destiny had just handed me the next Summer of the Video Game selection.

Like New! Oregon Trail II CD-ROM 1996. Ebay was full of them, priced at less than I pay every morning for an organic artisan latte. I couldn’t remember the last time I bought physical software; maybe back in the early ohs when I was on a Sims 2 kick and picked up the Nightlife expansion from Target. By then, the computer game stores I perused as a kid had gone the way of the dodo and  Blockbuster Video. In the old 1996 days, PC games were tangible items you had to pull off a shelf in a ridiculously oversized box covered in slick character renderings and fantasy landscapes that, if you were drunk and squinting, might look a little like what installed on your screen.

Although the eBay sellers were anxious to point out how their discs was free of scratches and came in a shatterless jewel case, they were deathly mum on the sticky issue of whether a game from the year Angelfire was founded would run on a Windows 7 laptop.

“What, you think you’re going to get a 5.25 floppy into your Lenovo?” Matt wanted to know.

“No, not the first Oregon Trail. Oregon Trail TWO.” When it comes to childhood technology, the six-year age gap between us stretches into a Grand Canyon divide. “It was a CD-ROM for Windows 95.” We had a green-screen Apple computer lab in my kindergarten class, made possible by a special Tacoma School District grant. On Thursdays we had half an hour to hell run our wagons from Independence to Oregon City, the pragmatists among us setting the pace to Grueling and letting the little green ox’s legs fly.

Although the first version of the game made a memory, it wasn’t the definition—the obsession—of the second. Seven years later, when our home had a computer of its own that could dial up to Prodigy, Oregon Trail reappeared in shiny disc form. I was twelve and fluent enough in entry-level cynicism to sniff out the supplemental history lessons hidden behind a fake moustache. Despite the obvious ploy to reveal the hardships of 19th-century moving caravans and (make an earnest, yet still kind of botchy effort to) properly represent Native Americans, I went all in. I wore out a mouse wheel playing that fucking game.

The disc arrived the same week that I Bought It Now. I spent a night watching YouTube videos of coding cheats to circumvent the archaic game settings, but my programming crash course proved useless when I inserted the disc and watched the MECC logo splash flawlessly across my screen.

I don’t know how many trips I made from Independence to Oregon on our family computer, but it was enough to make it feel as though I’d actually been to Chimney Rock and Farewell Bend. When I moved to Oregon for college, I stumbled across historical markers for the Barlow Toll Road and Fort Vancouver wondering, had I visited before for real, on some family camping trip or another, or had I merely clicked?

I selected “New Game” for the first time in fifteen years, and the mini-rendering of my Large Farmwagon made my heart lilt. The fresh new game, with the Wagon Party Members filled in with my husband and cat’s names, held all of the promise and possibility of a canvas-covered cart. A new wagon was like a new chance to uncover adventure and purpose. These fake people who captured my adolescent attention for hours on end had left towns that have probably changed little in 150 years, doing jobs and plodding along with families that history would buffer from its memory banks long ago. They gave up everything they knew for all that they didn’t.

Years ago, I retraced their steps over and over again. I took strange routes down paths that the guidebook didn’t recommend, just to see who I might meet or what rare trail mark I might stumble upon. I took note of the real people sprinkled in the game, like Narcissa Whitman and Jim Bridger, and dug them up from the library card catalog. I read everything anyone dared write on the Donner party. I begged all summer before 7th grade to drive out to an abandoned corner of human habitation between Walla Walla and the Hanford Nuclear Reservation to scuffle my flip-flops along actual surviving wagon ruts, and curl up in the dry grass with crocodile tears rolling down my cheeks because it hit me there, while my poor family waited back in our minivan, that this whole ordeal actually happened to real people. Not pixels.

As Independence, Missouri loaded on my screen and the default town merchant offered me a basic supply package, my eyes wandered from the laptop up to my writing desk’s hutch. The new Tucson shop wagon was parked in the middle shelf. All the freedom and fresh start and discovery I had lusted after, now inches in front of my face.

I had spent the last seven months mourning the Portland home we’d left behind. I couldn’t believe that my neat, plotted existence in a place I knew down to the marrow would ever not be mine. In my head, I was the victim of a tragedy. This had happened to me, to everything I cherished. My Salt & Straw ice cream shop—gone. Seattle Sounders games—only on ESPN2. Our cozy rambler house—invaded by nameless renters who probably left festering boxes of Domino’s Philly Cheesesteak Pizza in my Maytag French door refrigerator. I kept my head down at my toes, refusing to acknowledge that maybe there was something in this new chance that I might like. Maybe something better than what I’d known.

Now I sat again, buying virtual stock in salt pork and flour sacks, plotting an epic journey while spurning the one in my own rocky backyard. I worshipped tenacity while refusing to give in to it.

I played through twice, faster than I remember the trips taking in the past. My mind wasn’t on the red progress line eking across the map, or the random concussions and rattlesnake bites that befell my companions. It was shifting my vision forward, away from the blurring past behind my shoulder: the friendships of convenience fading away, the job that had been comfortable without challenge, a pattern of seasons and schedules I knew like my favorite song.

The self-aware smack wasn’t the end of my bad days. I didn’t stop missing my friends and family. I didn’t suddenly peel the My Heart Is In Oregon decal from my car or admit that Arizona beer/wine/morning radio programming could ever be better than what I had before. But my laments had a new shadow. Be grateful, it demanded. Find the weird around you rather than searching for what’s not here. This wagon waits for no one.