Everyone Down Here Is Fine 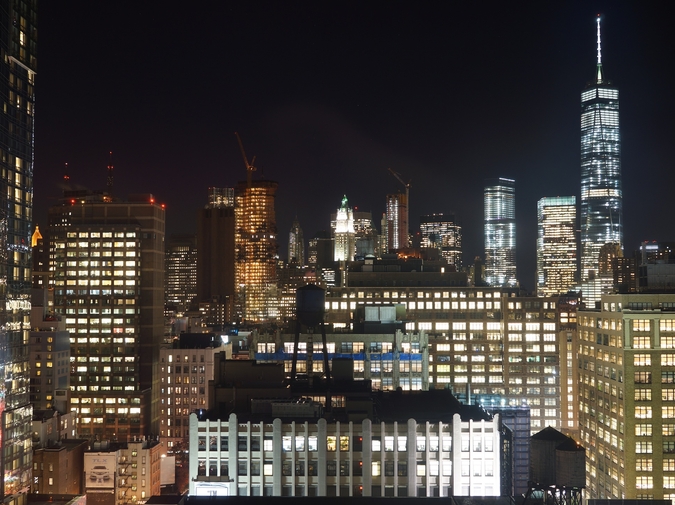 The woman on the train was sick. I could tell by the way she smiled.

The smile she wore was like something that had been done to her, and I knew immediately that she couldn’t take it off. At first I didn’t think she knew where the smile was coming from. Maybe she didn’t even know it was there. But then I saw her eyes.

“You don’t want to be on this one,” she said when I sat down across from her. The smile had already eaten her cheeks. The edges of it were now at the corners of her ears. “At least not if you’ve got anywhere to be,” she added. “We’re moving so slowly. We aren’t getting anywhere.”

I was late again because of the storm. I had barely even made it to the train. I had to fight through the streets toward the station, pushing hard against the wind. The sound in the air was like an echo from deep space. No human noise could get through. Objects flew past me and crashed soundlessly against the buildings. A man on the corner wearing a suit had been knocked to the ground and was crawling across the street, the skin of his face stretched impossibly thin as he dragged himself forward. The old woman who wheeled her cart past my window each morning was flattened against the brick wall of her apartment building, arms outstretched, angelic if not for the expression on her face. But I couldn’t help either of them. I just told myself not to look up at the sky as I held my briefcase in front of me like a shield.

“Why is the train so slow?” said the woman across from me. “It’s only happening up there. Nothing is happening down here. Everyone down here is fine.”

I hadn’t been sleeping well. I would just lie awake and listen to the sound pushing hard against the side of the building. A pressure built up around my eyes as if from a vice being cranked down on the top of my skull. Everything was about to crack open.

My neighbor in the apartment next door had given up completely. I heard him in those final moments as he opened the window to let it come inside, and I listened through the walls until it was finished because listening seemed like the human thing to do. I told myself that being human was still important. Being human was still something that we could do for each other. But none of my friends were picking up the phone anymore. The phone would just ring and ring.

I thought maybe I had done something wrong to drive everyone away. I sat on the floor of my apartment in the corner furthest from the window and looked into the past for some essential mistake I had made. Maybe I had shared a secret with the wrong person. Maybe I had said the wrong thing at a party. Maybe I had forgotten to attend an important event, such as a wedding or a birthday dinner. I looked around for an invitation that might have gone unnoticed, but all I found was an unpaid parking ticket from a trip to the beach back when we could be outside without being afraid.

The last person I spoke to on the phone was my mother. At the end of the call, before abruptly hanging up, she said, "There’s something strange at the kitchen window.”

I remember hearing the storm before I saw it. I was staring at the empty white wall of my bedroom when it happened. The sound was like the moment before a giant wave crashes down. And for a while it was the only thing I could hear, but now I’ve learned ways to tune it out. I punch the side of my head with a closed fist until the ringing in my ears becomes something knifelike and alive. I dig my fingernails into the palms of my hands until the pain is the loudest thing in the room. I scream until my jaw goes numb.

The woman across from me on the train shifted in her seat. She glanced anxiously from side to side even though there were no other passengers. The smile had taken on a life of its own as it crawled across her face. I watched it move up and up. The window behind her head was dark and I finally caught the reflection of my own face in the dirty glass. The smile was already up past my eyes, the two ends of it threatening to meet in the center of my forehead. The circle was almost complete. And I tried to scream, but something was crawling inside my mouth.

“It’s only happening up there,” said the sick woman. She stood up and moved toward me. “Why aren’t we going anywhere? Everyone down here is fine.”

Richard Scott Larson holds an MFA from New York University. His fiction has appeared recently in failbetter, Joyland, Booth, Wigleaf, and previously in Hobart, as well as the anthology Wilde Stories: The Year's Best Gay Speculative Fiction. He also contributes criticism to a variety of publications. Born and raised in St. Louis, he now lives in Brooklyn and works for the Expository Writing Program at NYU.