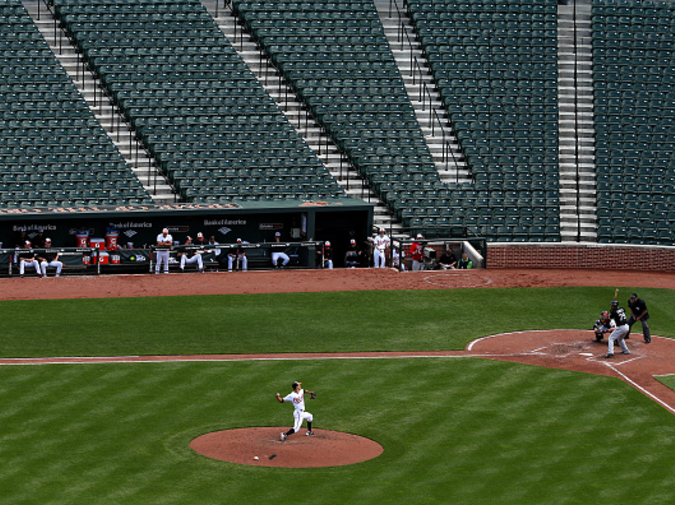 Without fans, the stands turn to a castle
of concrete and sea birds.

The press box to a moat, a caesura.

The scoreboard winces in the inner harbor. Chatter
in the interim is complicated

static, stirrups, error reports. On the radio
one coach calls the silence
a boat with a hole in it—

Got to be careful the sweet nothings you throw out of the dugout…
They're going to hear everything today.

The announcers spin strategy and arsenal. From the booth,
each inning changes like two small platoons
charging a well-manicured battlefield.

In the later innings students spill from the schools.
The usual ghost run home
is replaced by their own ra-ra and pinch-hitting,

a clutch stand rages
in that other pulsing grandstand.

Voices rise up and buoy the park like
a boat with a hole in it.

And after, the box score is a scarecrow,
goes like everything else in the news—

no bodies, just statistics shaking out the context.

Russell Brakefield is a Detroit Tigers fan. He also writes poetry and teaches at the University of Michigan in Ann Arbor.