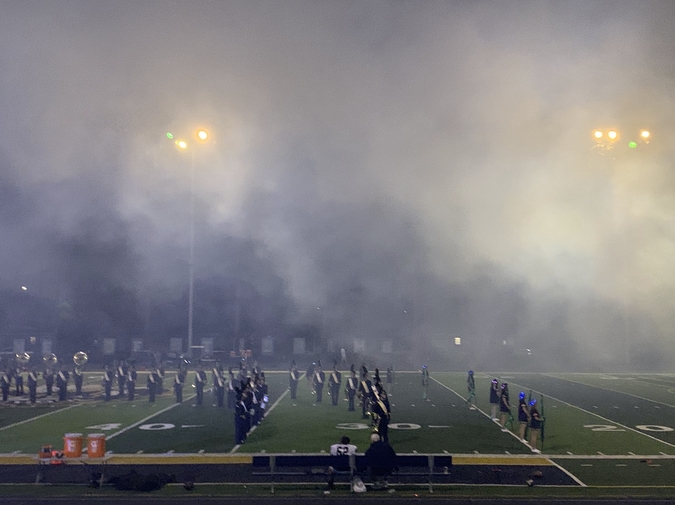 The football coach said This is as real as it gets boys meaning
Nothing was truer than the rattle and smack of contact drills.

We moved from tackling dummies
to tackling each other's padded bodies.
I learned I was more practiced at being hit.

My childhood was trained in full-body flinch.
I did not tell anyone that I quit because of the drill

that begins with two boys on their backs
beneath the fluorescent lights of the field,
their helmets touching at the crowns.

The drill where, on the whistle, the boys must
rise and tackle. The drill that ends

with one boy back where he started,
with the other boys cheering, even Coach.
Only one left standing, surprised at what he could do

when given no other choice.

Originally from Louisiana's Gulf Coast, Nicholas Molbert now lives and writes in Cincinnati. He is the author of one chapbook, Goodness Gracious, which won Foundlings Press's Wallace Award. You can find his work in publications such as Birmingham Poetry Review, The Cincinnati Review, DIAGRAM, Mississippi Review, Missouri Review, Ninth Letter, and Pleiades, among others.