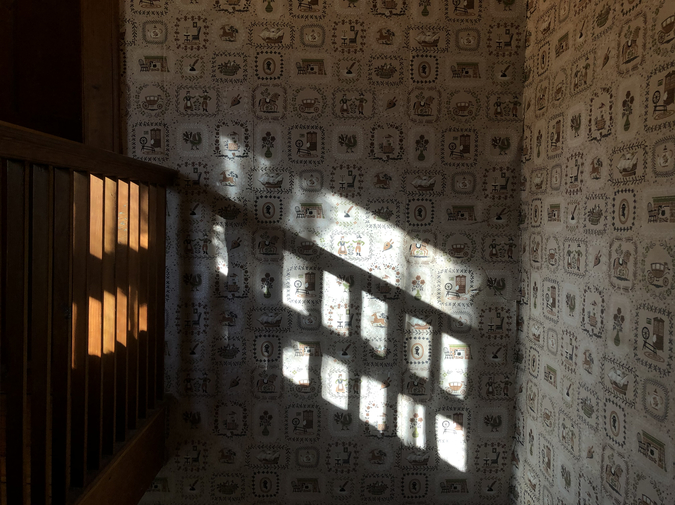 We were all wondering what Brian had done wrong. Our youth pastor, who was married to the pastor’s oldest daughter, was taking the summer off from giving Sunday sermons. In his place, Pastor Peter, the associate lead pastor, would do sermons for the youth group. Brian could still lead the midweek group, just not Sundays.

There was a rumor he’d been caught with drugs, or gotten an inappropriate tattoo, but the truth was much more mundane. I only knew because I’d come back into the youth room after the service, to look for my journal. I usually carry it right on top of my Bible but then realized I didn’t have it. It holds all my secrets and would be devastating if it were ever found. But all that time it had been in the car. Anyway — I overheard the lead pastor arguing with Brian and a mention of Kelly L. That must be Molly’s mom, Mrs. Laurier, opposed to Mrs. Kelley, whose full name was Kelly Kelley. I pieced together that Molly had told her mom about the “Matrix” sermon. Like me, Molly wasn’t allowed to see “The Matrix” because it was rated R. Personally, I didn’t go telling my parents that Brian had done a sermon on it, especially not that he had shown us a clip of the movie. Nope. I was just grateful I’d feel like less of a weirdo the next time someone at my public school said something about the film. Every time I missed a pop culture reference I had flashbacks to being the only kid in the sixth grade who hadn’t seen “Titanic.” But Molly wouldn’t understand. She goes to San Juan Capistrano Christian Academy.

So instead of Brian’s sermons, we spent the summer listening to Pastor Peter teach us about the book of Revelation.

“Are you pre-trib, post-trib, or mid-trib?” I asked my dad in the car as we drove from the church to Taco Bell to pick up lunch.

“I don’t think that’s for us to know,” Dad said. “If God wanted us to know, he would have made it more clear.”

“Well, it’s interesting to think about,” I said defensively. What could be more important than figuring out when we’d disappear into the air with all the other Christians? It seemed like God would at least give us a few hints.

I wanted to be pre-trib, so I could believe Christians would be taken up in the Rapture before The Tribulation — seven years of war and destruction. But it all depended on how soon it was going to happen, because I was only 13 and still had my life ahead of me.

“It might actually happen in our lifetime,” I continued. “I asked Pastor Peter. He doesn’t think it will happen before Y2K, but probably soon after.”

“That’s a nice idea,” Dad said. He didn’t seem to be taking me seriously. There were a lot of implications, though. It was only August, but Y2K was just a few months away. The Charles family had already left town with their eight kids, stocking up on canned food and moving to the desert. The church held a well-wishes party for them, the pastor announcing at the pulpit he was encouraged by their faith, though none of the other families picked up their lives and followed. The Boivins weren’t worried, they were putting in a new pool. It was hard to know who was right. I wanted to ask Dad something else, but decided he was too old to remember what it was like to be my age.

Four months seems like a long time, but I wasn’t sure I could make it happen. Technically, it would only be about 16 Sundays and 16 midweek groups, taking out the ones that fell on holidays. Summer camp had been a total bust. I needed a church event that lasted more than a few hours. The church always did a New Year’s lock-in, the teens running wild, eating pizza, and playing games all night in the church building, but it wasn’t guaranteed that Josh would be there. He might have plans with other friends. Did he have a lot of other friends? Maybe not, since he was home-schooled.

I needed to make progress, though, because I would only be 14 on New Year’s and I wasn’t sure I was even allowed to kiss a boy. The pastor’s kids weren’t allowed to date until they were 16, and the same was true for the Taylors and the Grahams. My parents had never mentioned a hard date but I was sure this meant it was somewhere in the future. The lock-in would be my best chance at kissing Josh. And I didn’t want the world to end before I got the chance.

Dani Fankhauser's writing has appeared in Fortune, Adweek, New York Magazine, The Billfold, Mashable, and PopSugar. Her first book, Shameless: How I Lost My Virginity and Kept My Faith was called "impressionistic and engaging” by pastor and author Bromleigh McCleneghan. She completed her M.S. in journalism at Medill School of Journalism and B.A. in business at Point Loma Nazarene University.