Daniel Tiger is a Goodfella 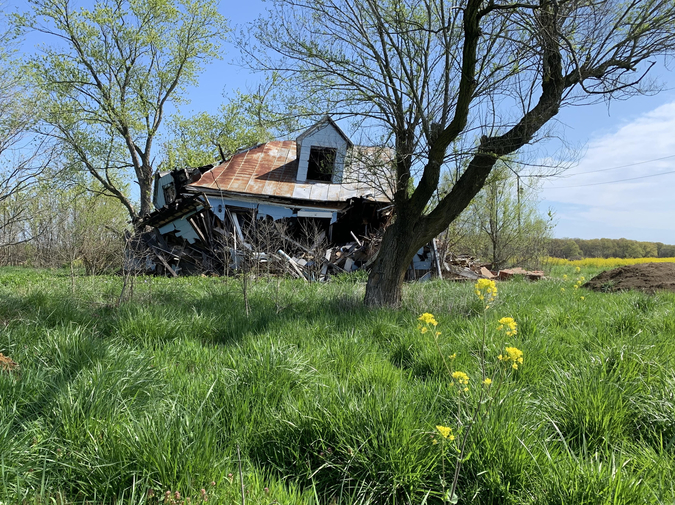 Ever since I can remember, I’ve always wanted to be a tiger. To me, being a tiger was better than being the neighbor down the street. I grew up in a one-story bamboo hut that would have caught fire if ever a match were lit. Fortunately, for my folks, no one in the neighborhood ever played with matches, at least that’s how the neighborhood once was. But neighborhoods change.

My mom and pops say the family used to roam all over Asia. That our territory once rivaled the Roman Empire, and there were nine families that could track their bloodlines back to Siberia. But these days that’s no longer the case. I didn’t even learn about being a tiger from mom and pops, not really. They said some things were better left in the old countries. They gave me a red sweater and a watch. Instead of stalking lessons, they taught me how to sing and hop on trolley cars. They taught me how to imagine a world where tigers might still exist as long as they learned to be a little bit less like tigers and a little bit more like anything else.

Then a few new cats moved into the neighborhood.

All the tigers met at a restaurant. In the wild, they would have hunted in isolation, but territories had gotten smaller and old cats had to learn new tricks.

Tony the Tiger ran the day-to-day, but Shere Khan was the real boss.

Shere Khan barely moved. He was like a shadow belonging to a statue in the park. I still remember the day I saw his stripes in a moonlit doorframe. He leaned against the inside of the frame and lifted a match to his mouth before exhaling a cloud of smoke. When the smoke cleared, he was gone. Sure, I was taken in by his stripes, but I was mostly mesmerized by how he disappeared. I would pick up the habit soon enough. I would ditch my red sweater and watch. I would come home one day and greet my mother in nothing but bold stripes. You know, real Jungle Book shit.

Where everyone else ran schemes, Khan had plans relying on intelligent design and devilish symmetry. He was deliberate. He knew everything that was going on in the neighborhood, and trust me, there was a forest of tigers coming and going and melting all around him. But he was a constant. A tiger in the wild only lives about ten years. A tiger in captivity lives maybe twice that long. Shere Khan, well, he had decades in the bag, but he didn’t seem any older, just wiser and maybe meaner. And maybe that’s what it takes.

You can tell a tiger is relaxed by watching its tail. A loose tail is one laid back cat. A fast twitch or steady side-to-side sway is all aggression. Pops’ tail had become a bullwhip. He couldn’t take me hanging out across the street. He couldn’t take me losing interest in bath-time bubbles and birthday candles. I could tell he was going to crack, and he finally lost it the day the postman delivered my report card.

I told Charley Sheen about my mailman problem, and he told me to go for the neck. He said I had been living in a world of imagination. He said I needed to stop singing songs like “Ride along with me” and to forget the alphabet. He said a tiger’s stripes were like fingerprints, so a bad tiger had to be good at not being seen. Charley had this whole plan worked out where first the mailman and then me would disappear.

He told me about some tigers he knew who could eat a man in one sitting, but a tiger my size would probably need to be smarter than that. He told me to eat a handful of pounds at a time. He told me I could cover the body with dirt and leaves and dig it up anytime I was hungry. He told me this while “Eye of the Tiger” ebbed through the restaurant like raw adrenaline, and I nodded my head as he gave instructions. I never saw Charley again. I also never slayed the mailman, but I could have, I guess, if I had ever needed to.

Talking with Khan was a real chore. You had to go through Tony, but Tony disappeared after breakfast. At that point, you were basically on your own to decipher forty-day-old piss markings. That’s what all your toy companies and cartoonists could never understand. The nine families, at least those that weren’t extinct yet, were all about territory, and all Shere Khan did was discover somewhere for tigers to always exist. After all, unless they learn to dominate, most tiger cubs simply don’t make it. Boy Scouts of America this is not. And the woods won’t be here forever.

The more I acted like a tiger, the more space the other neighbors gave me. You could call that respect. You could also call it fear of being eaten. But imagine a world without tigers, and I’ll be inside your head all day.

Won’t you be mine? It seems a lot of us are already yours.

Bryan Harvey lives and teaches in Virginia. His fiction and poetry have appeared in Gravel Magazine, Former Cactus, The Florida Review, The Cold Mountain Review, Bluestem Magazine, and elsewhere. He blogs with some frequency for Fansided's The Step Back and with less frequency for The Shocker. His NBA fan fiction is probably much too long. He retweets @Bryan_S_Harvey.