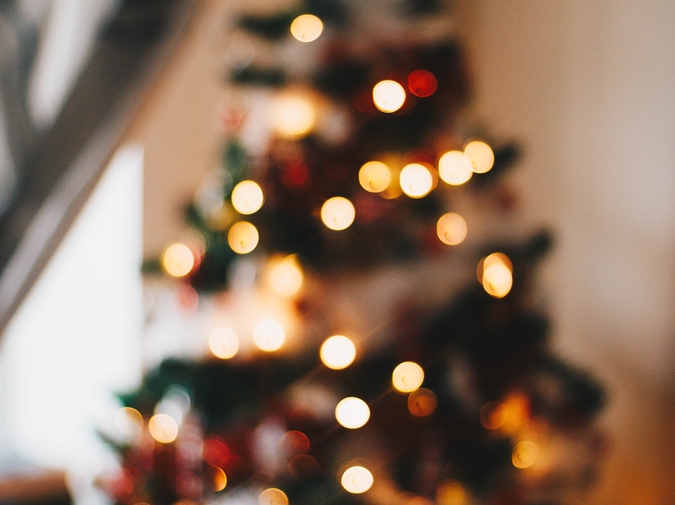 INT. A ONE LEVEL HOME IN A WORKING CLASS NEIGHBORHOOD. SOMETIME IN THE 80S

A 9-year-old girl folds herself into her grandfather’s bedroom closet, uncorks a glass deer’s hoof, and sucks down a gulp of brown liquor. Her grandfather, Pop-Pop, manages a liquor store but doesn’t drink anymore, so he stashes leftover promotional items from liquor companies at home—bottles shaped like wild beasts and Christmas trees. She finds a photo that has fallen out of a box, a picture of her grandfather during WWII. He is tall and slender in his uniform and looks like he is about to break out into a tap dance. The girl wonders how he went from a boy with big league dreams to selling booze at a store on Long Island.

She hears Pop-Pop pushing plastic buttons on a clunky rectangle, its cord extending to a console television in the living room. He’s looking for any baseball game that might be on, but he stops on a movie instead.

The girl listens, tries to figure out which movie it is this time. Gary Cooper playing Lou Gehrig in “Pride of the Yankees”? Robert Redford as the fictional Roy Hobbs in “The Natural”? The girl inches out from the closet without being detected, stretches her body on the carpet next to Pop-Pop sitting in his recliner, and spots Glenn Close on the screen. She decides the only female characters in baseball movies are wives and lovers who cheer on men from the sidelines. Sometimes, the woman plays a femme fatale.

The girl, wearing her well-oiled baseball glove and a skinned knee, stands atop a gnarled tree root. She imagines she is standing on a real pitcher's mound, can almost hear Phil Rizzuto saying: And here she comes to the mound, major league baseball’s first female pitcher. Holy Cow! What a sensation!

She pitches to Pop-Pop, who finally bought his own glove when he couldn’t handle her pitches with his bare hands anymore. Like any good Queens-dwelling boy in the 30s, he dreamt of playing for the Yankees. But war swept him away to the Pacific and eventually landed him back in New York where a wife, children, and grandchildren followed. All he has left of his baseball dreams is this little girl, the one he calls “The Little Wop” due to her long dark hair and eyes so deeply brown that her schoolmates ask if they are black like a demon’s.

Pop-Pop has his Irish mother’s blue eyes and a hint of his Italian father’s olive skin. He is six-feet tall and doesn’t pull back on his pitches. He rockets one off and pauses to look at an airplane flying overhead. Pop-Pop identifies the plane model, though each plane’s silvery underbelly seems the same shape to the girl. He always knows which plane is which because, when was drafted into the Army, his job was to pick out enemy aircraft and aim at them from the ground. The girl wonders if he ever thinks about the young men in those airplanes, about what they had hoped to be, but she doesn’t dare ask. Instead, they talk about speed, spin, and aim as they throw the baseball to each other—like nothing else exists.

It's baseball season again. A woman teaches her son the finer points of punching a deep, soft pouch into his baseball glove. She shows him how she would oil hers and toss the one baseball she had into the center, over and over, until the leather felt thin and supple and her palm ached with dull satisfaction. But he has other dreams, and they will change too—like hers have. He presses the baseball into the glove a few times, takes it off, leaves it on the floor, and turns his attention to a plastic bin overflowing with toys.

The woman tells her son about the rules of baseball, about Pop-Pop, wants him to remember someone he’s never met and never will. That night, she dreams of going to bat in front of a bursting-full stadium at night, just like Roy Hobbs—her jersey bloody, gripping the slugger and laser-focused on a faceless pitcher while people shout Go, Little Wop! Time slows as the ball leaves the pitcher’s hand and the crowd silences. The crack of her bat echoes through the dark. Like Roy, she hits a homer into the grandstand lights, runs the bases as sparks trickle down around the field like electrified rain. Music swells. When she makes it to home plate, she looks to the crowd and sees figures jumping up and down, clapping. They are all different but somehow all the same.

Dorothy Bendel's essays have appeared or are forthcoming in Catapult, Literary Hub, Electric Literature, American Literary Review, The Rumpus, and additional publications. See more of her work at dorothybendel.com and follow her @DorothyBendel