Baby Hitler and the Man with the Glowing Hair 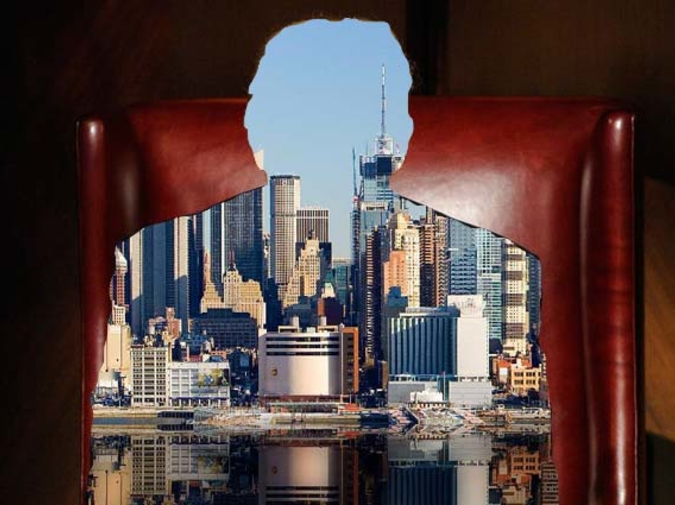 Baby Hitler giggles and pulls another leg off the spider. Just three legs this time. He pulled them all off the last one and pushed it into the corner and it just sat there until finally Baby HItler got bored and squashed it between his fingers. This one limps amusingly along the wall and Baby Hitler flicks it back into the corner and watches as it struggles forward again. He feels a burp coming. A burp or a throw-up. Sometimes Baby Hitler can’t tell the difference. Sometimes there is both. Mother will be disappointed if she comes home and finds a throw-up on his smock. Baby Hitler burps. It tastes like milk and last night’s mutton and he wipes his mouth and moves back to the spider.

A sound from the back of the cottage. Baby HItler sighs. Again today. He looks toward the corner, where the interdimensional time portal has begun whirring, the sound an announcement that soon another stranger from the future will beam into the cottage with murderous intent.

Baby Hitler waddles to the kitchen table and looks at his breakfast. He got so distracted by the spiders that he hasn’t even eaten his breakfast. Mother is always telling him how important it is to eat breakfast, how he’ll never grow up to be big and strong if he doesn’t eat his breakfast, and now here he is with another visitor forming in the corner and his big boy breakfast sitting uneaten and the spider still spinning along the floorboards in the corner. Baby Hitler has been a bad boy. His face grows red and he waddles to the corner and finds the spider scuttling directionless in a circle. He picks it up and squeezes, feels the tiny body collapse in his hands. Squish, and then nothing. Baby Hitler feels a little better.

The portal whirrs and coughs. Baby Hitler stuffs a piece of cheese in his mouth and picks up the scythe that he used to send the last visitor bloodied and screaming back to the portal. He slips along the wall. Every day now, a new visitor intent on his death. He adjusts his grip while the portal whines. Who is coming to see Baby Hitler today?

The portal sputters and spins and the shape of a man comes into view. At first, Baby Hitler thinks this is the same man from yesterday. But that man left with the mark of Baby Hitler’s scythe on his shin, and wore glasses, and had those kind, uncertain eyes. That man slunk away bleeding and crying, shouting that he never even wanted to be something called “The President.” This man stands tall and wears the same kind of futuristic business clothing, this time with a long piece of shiny cloth hanging from his neck. Baby Hitler thinks, “Shiny.”

The man looks like many of the other men who have arrived through the portal. Baby Hitler knows he should rush the man, sink the scythe deep into his belly, spill his organs on the floor then go back to his big boy breakfast, but for some reason he stands back and allows his new foe to materialize unharmed.  Baby Hitler’s eyes move up the shiny neck cloth and over the man’s light skin and they stop when they get to his hair. Is it hair? Or is the portal stuck in such a way that this man is glowing from the top of his head? Baby Hitler is transfixed, amazed. He has never seen hair like this before: golden, glowing, and...what is the word Baby Hitler is looking for? Powerful. Baby Hitler’s hair is dark like a stain and seeing this visitor’s hair, the color of the sun itself, makes him want to pull the legs off a thousand spiders.

Baby Hitler stares at the man’s head. The hair goes up and down and swoops under and over all at the same time. He realizes he’s placed the scythe on the floor and he picks it up slowly but remains against the wall.

The man walks into the room and sits down on the couch. “This couch is horrible!” he says. “Terrible. What is this made in Mexico?” The man screws up his face, pouty like he is smelling a poopie pants. He taps at the thing in his hand. “We’re not so different you and me,” he says. “Or at least that’s what they say on Twitter. They call me a fascist. Say rounding up the Mexicans is like rounding up the Jews.”

Rounding them up. Baby Hitler is not quite sure what this means but it sounds simple and final and clean. Baby Hitler sneaks forward to get a better look. The man is sitting on the couch. His legs are splayed and his eyes squint. His face is twisted into a frown. He seems very unhappy with something and Baby Hitler wishes the couch was not so horrible. He wonders what it is that makes the couch horrible, where there are better couches.

“They say making the muslims register is the first thing you did to the Jews! They said I’m a Nazi!” This man shouts everything and then doesn’t wait until he shouts another thing. His shouts remind Baby HItler of the shouts his grandfather uses to send his mother scurrying like the five-legged spider to fetch his tea or tobacco or sweets.

Baby Hitler does not remember things very well. He is a baby. Yesterday he remembers a man from the portal, cleaning up blood and then a poopie that he did in the toilet, and then his mother sang a song and petted his head while he went to sleep. Some other things happened but he cannot remember. There are many things about this man, though, that he knows he must try to remember.

“Well Hitler,” the man shouts. He stands up and brushes something off his backside. “Ivanka has a photo shoot and she’s going to look really hot so I need to go. I didn’t think you’d be man enough to show and this house is horrible—no wifi and the smell and I’m starting to understand why growing up like this you might want to exterminate the Jews! That Mexican couch is a war crime in itself.”

Exterminate, Baby Hitler thinks. Like the spider. He remembers that feeling—a soft squish and then nothing. Baby Hitler watches the man walk back toward the portal. He is still tapping at the thing in his hand. His hair still glows. So many others have hinted at Baby Hitler’s destiny. They have cried and made threats and attacked him and pushed photographs in his face. He has known that he will become a very bad man, but so far he has had only glimpses of the path. Exterminate. Baby Hitler will remember that word.

Baby Hitler grasps the scythe and walks toward the portal. The man stands tall while the portal’s white noise starts. He looks out at the cottage. “Terrible,” he says, and then the portal does its work and he disappears.

Baby Hitler looks around at the little house. Is it terrible? It is the only home he has ever known. It is where Baby Hitler learned about candy and rattles and pulling the legs off spiders. But still, the man did not seem like the kind of man who would be wrong about a house being terrible.

Baby Hitler waddles to the kitchen. He scrambles to the top of the table. The house is small and dark and kind of cold. The man is probably right. A spider crawls across the floor and Baby Hitler hops off the table. He will exterminate the spider but first he will learn things. He will try two legs and see if this makes the little cottage less terrible.