Baby Hitler and the Man from the Republican Primary 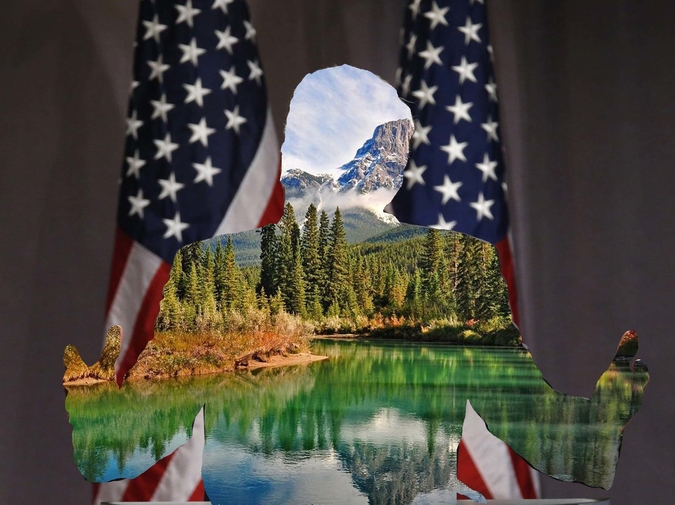 Baby Hitler woke up angry. He sat up. They would be coming for him again. Who, he did not know. A kung fu master? A presidential candidate from the future? Last week a woman in a strange yellow uniform and a sword made by somebody named Hittori Hanzo had attacked him for hours. Baby Hitler had no idea how he had survived but he remembered her slinking back into the portal from which she had arrived, vowing revenge and dripping blood all over his mother’s clean floor. He wasn’t quite sure what happened next. He remembered that his mother had been disappointed in the mess. Then something had happened with a poopie pants, and they had ice cream before bedtime.

He had no idea why so many strangers were bent on his destruction. All he knew was that they came every day now, propelled from the future by some mysterious force for reasons his still-developing brain couldn’t begin to understand. They were angry. They called him evil. They said he would do terrible things in the future. He had never been further away from the house than the brick building past the big road. He had never been outside without his mother. He was getting a little tired of the whole thing.

The people from the future behaved strangely. Half of them started crying the minute they saw him. Some of them tried to draw a ridiculous mustache just below his nose. Some clutched papers or books or photographs or threatened to have him tried for something called “war crimes.” He did not know where his power came from but he took from all of this that he was powerful, that it was in him somewhere and it would come out when needed. He was going to be a very bad man.

Baby Hitler toddled to the refrigerator and found his milk. His mother had put some bread and cheese out on a plate, along with his rattle and the scythe he had used to fight off the blond woman with the Hanzo sword. He wondered what it was that his mother did all day, where she went, how she could leave a baby alone with an interdimensional time portal and so many homicidal visitors. He ate a piece of bread and drank from his milk. He shook the rattle. It made a pleasing sound—rattle rattle rattle—and he giggled and spit up milk and peed his pants a little. Rattle rattle rattle. It never got old.

And then another sound. The interdimensional time portal was starting up, the whirring a white noise that he knew would get stronger, turning into a mechanical cough and then finally a spinning turnstile of sound and light that would transport another bloodthirsty foreigner into the cottage. He shook the rattle one more time—rattle—and finished the bread and cheese. He sighed. He wondered if the other babies on his street were forced into these circumstances. He had had a few play dates with a boy named Hans who lived four houses away, mostly sitting side by side and playing with toys, occasionally taking them from one another and crying. Was Hans engaged in a battle to the death right now? Did his cottage also contain an interdimensional time portal that projected a series of murderous strangers into his living room?

The portal whirred and spun and the shape of his rival began to form in the corner, next to the wood stove and the photograph of his grandfather, an unsmiling man with a dash of dark hair and a dab of a mustache. Baby Hitler picked up the scythe. He took his mother’s cigarettes and matches and put them in the pocket of his lederhosen. Who was coming for Baby Hitler today?

Baby Hitler watched as a man in glasses and what looked like futuristic business clothing appeared in the portal. The man was older than his father but younger than his grandfather. He clenched and unclenched his fists. “Hell yeah!” he said, and Baby Hitler didn’t know how he knew but he could tell the man didn’t really want to be there. The man was trying to make himself excited but there was no light in his eyes and his voice cracked and wavered and Baby Hitler knew that soon he would crawl back to the portal like the rest of them.

The man hadn’t seen Baby Hitler yet. It took them a minute to adjust after they materialized, and Baby Hitler had to admit that on his less sporting days he had cut a few of them down as they blinked and struggled to understand that they had really been transported back in time, that the reason they didn’t see anybody in the room was because they were looking straight ahead while a baby readied a scythe for an attack on their fat bellies. Today Baby Hitler lingered near the kitchen while the man got his bearings. Perhaps he had come to murder Hans, or the twin babies of the other neighbor, or the fat four year old that lived in the yellow house. The man did not look like a man who would travel back in time to murder a baby. He looked like the men who taught the schoolchildren, who Baby Hitler would sometimes observe while being carried past the schoolyard by his mother on their way to one place or another.

“Go to do it, man,” the man said. “Gotta do it. Got to.” He clenched and unclenched his fists again, looked around the room. Baby Hitler gripped the scythe. This man had arrived with no weapons other than his bare hands and the words in his mouth. Baby Hitler shook his head. He had no idea how the interdimensional time portal worked, but the way some of them arrived indicated that it did not require a lot in the way of preparation and forethought.

The man took a step forward and Baby Hitler backed silently toward the wall. “Come on out, Hitler, you son of a gun!” he shouted.

Baby Hitler lit one of his mother’s cigarettes and cleared his throat. The man jumped. “Whoa! But wait…” he said. He nearly backed into the portal but caught himself. “You’re Adolph Hitler? But you’re a…” a look of recognition crossed the man’s face and he sighed under his breath and whispered “dagnabbit.”

Baby Hitler exhaled and the man shook his hand at the smoke. “That’s terrible for you, you know,” he said.

The man looked back at the portal. He looked down at Baby Hitler. “Dagnabbit,” he said again.

Baby Hitler put his cigarette out on his shoe and placed the remainder in the pocket of his lederhosen. He wondered how long this would last, how many strangers would appear in the portal, how many he would have to send away bleeding in order to achieve the destiny they foretold. He wondered what grownups did, how the oven worked, if all fire was hot. He thought he felt a poopie and knew his mother would be angry if she came home to a poopie pants again. She might even take away ice cream before dinner.

He brought the scythe’s blade down and it landed with a pleasing thunk in the man’s shin. The man jumped back and screamed and immediately slumped to the ground. Baby Hitler considered another strike, but the man had such kind, uncertain eyes. He did not want to be here any more than Baby Hitler wanted his breakfast to be disrupted. The man crawled toward the portal. “I didn’t even really want to be President!” he screamed.

Baby Hitler shrugged as the man dragged himself backwards. More blood on mother’s clean floor. He was definitely feeling a poopie coming. Tonight maybe they would have ice cream again. Perhaps he would play with the rattle. It really did make such a pleasing noise. Rattle rattle rattle. Baby Hitler giggled and walked quickly toward the bathroom like a big boy.