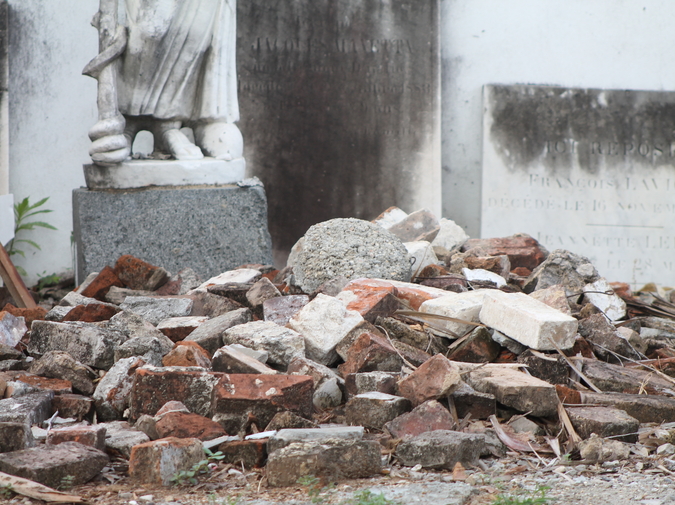 Today we have a time of time travel's history as written by "the other" James Brubaker (as appears in the Hobart 15 story, "Brubaker and I") in 2045.

by The Other James Brubaker

429 BC: Sophocles’s Oedipus Rex is first performed in Athens, Greece.

1819: Washington Irving’s “Rip Van Winkle” is published. It’s tale of a man who sleeps for years to awake in the future and is quite similar to stories from Hindu mythology, Japanese folklore, and Judaism, among other ancient cultures and religions.

1843: Charles Dickens’s A Christmas Carol is published. Here, Ebeneezer Scrooge looks in on his past self then sees the future he has wrought.

1886 Coca Cola is invented by John Pemberton, is sold as “Esteemed Brain Tonic and Intellectual Beverage.”

1919: The Coca-Cola Company is purchased from Candler by The Ernest Woodruff investment group.

1931: Coca-Cola hires artist Haddon Sundblom to paint Santa Claus for Coca-Cola ads. The result is an iconic moment in American advertising, appealing both to children and nostalgic adults.

1956: Ray Bradbury’s “A Sound of Thunder” is published in Collier’s. The story is about a man who travels back in time to hunt a dinosaur that is going to die soon anyway. The man accidentally steps on a butterfly thus altering his own present. Tragedy ensues.

1962: Chris Marker’s La Jete is released. In this short film, a time traveler visits the past after the third world war in an attempt to salvage his bleak present. Throughout the film, the time traveler reflects on a memory from his youth in which he watched as a man was shot to death at an airport. The film ends with the man in that same airport, realizing that he is the man his younger self saw being shot. Thirty-some years later, something very similar will happen to Bruce Willis.

1967: “City on the Edge of Forever” one of the best Star Trek stories ever told, airs on television for the first time. In this episode, James Kirk and Spock pass through a time gateway in pursuit of their ship’s doctor, Leonard McCoy, who accidentally shot himself up with some heavy drugs, and who inadvertently changes the present by saving a woman’s life in the past. Kirk and Spock have to do the sad thing and let the woman die so that the future might be restored.

1969: Kurt Vonnegut’s Slaughterhouse-Five is published. In this novel, Billy Pilgrim is unstuck in time. You probably knew that, already.

1971: Coca-Cola organizes a group of young people on a hillside in Italy to sing “I’d Like to Buy the World a Coke.” “It’s the real thing,” the young people sing.

1984: The Terminator travels back in time to kill Sarah Connor.

1985: Back to the Future is released. Marty McFly has to restore a past he mucked up, by letting his mother develop a crush on him, and keep himself from disappearing. He also saves his friend Doc by writing a letter, watches himself time travel into the future, and probably does damage to the timeline by introducing rock and roll to Chuck Berry, which I guess means Marty McFly always has and always will travel back in time to invent rock and roll. I won’t get into the racial implications of this as several internet commentators have already done so.

1985: Coca-Cola Classic is introduced after consumers decide they don’t like New Coke.

1990: Coca-Cola reunites the hill-top singers from their 1971 commercial for a nostalgia-laden Super Bowl ad.

1991: The Terminator travels back in time to protect Sarah and John Connor from another terminator. This other terminator would later go on to star in The X-Files “bad seasons”.

1992: New Coke is renamed Coke II. I still don’t think anybody bought it.

1993: Bill Murray stars in Groundhog Day, a movie about how time is pretty judgmental and, like that parent you don’t talk to anymore or the worst boss you ever had, will make you relive a day over-and-over again until you do things exactly the way it wants you to do them.

1993: Coca-Cola comes to understand that nostalgia is a prime motivator for their marketing, begins a new initiative codenamed “Retro,” the mission of which is to seek out new ways to sell the past.

1995: Bruce Willis does that time travel movie like the one that Chris Marker made in 1961.

1997: Coca-cola invents a new formula called Coke III, which, is not a drink but a power source for a time machine that Coca-Cola actually built in 1996, but which they couldn’t really use until 1997 when they made Coke III, unless they sent Coke III back in time to 1996. I guess then they could have used the time machine in 1996, but they didn’t. In fact, Coca-cola decides to cover up the invention of their time machine as it was originally only invented for marketing purposes—a way of selling the past—and it wasn’t until Coke III was invented that they realized that time travel was actually an incredibly dangerous concept.

2003: The most recent artistic rendition of the comic strip character Garfield meets the rendering of himself from 1978. The two make jokes at each others’ expense.

2007: All Star Superman #6 is released, telling the story of a group of Supermen who travel back in time to help Clark Kent fight a Chronovore, who devours the three minutes of Clark’s life in which his adopted father dies of a heart attack. The issue ends when we learn that one of the visiting Supermen is Clark, grateful to have seen his father one last time.

2017: The first recorded incident of a time traveler from the future being discovered by residents of the past is made public. The time traveler, a forty-seven year old man, was watching his younger self play catch with his father when a large tree branch broke and fell on him, crushing his leg. Oddly, though the time traveler’s younger self watched on as an ambulance arrived, the older time traveler had no recollection, from when he was a boy, of seeing someone’s leg crushed by a falling tree branch.

2018: A stoned, post-millenial college junior writes an essay arguing that Tiresias is actually Oedipus from the future, having traveled back in time to punish himself for his youthful indiscretions, which are the very things that Tiresias causes as punishment. Like most time travel narratives, don’t think about this one too much or it will fall apart. The student receives a “D” instead of an “F” on the paper because it is an imaginative effort. After going viral, the paper’s rights are purchased by Coca-Cola for what many believe will be the company’s in-earnest entry into the film industry. Oddly, the concept is quickly buried, references to the paper are erased from the internet, and the concept is soon forgotten.

2020: A celebratory report in The Wall Street Journal reveals that the Coca-Cola company now owns a controlling interest in sixty-seven percent of the world’s countries.

2026: After a glut of time travel stories told in various media through the twentieth and early twenty-first century, a film critic making lists for Buzzfeed notices that nobody has made a time travel story in close to a decade. The critic compiles a list of the best time travel stories ever told, but the list and the critic both mysteriously disappear without a trace.

2031: With a series of pop-up ads, billboards, and posters that feature only their logo and the word “Relive,” Coca-Cola teases a revolutionary new product called Coke-Then!

2032: Coca-Cola officially unveils Coke-Then! in a Super Bowl ad in which a young Bill Murray, holding a newspaper from 2032, explains that Coke-Then!—which is really just Coke III—in conjunction with a small mechanical device that can be either worn externally, or installed in a customers’ brains, allows customers to travel back—but never forward—in time to a historical moment of and for a duration of their choosing.

2032: The UN holds an emergency session to establish a body of laws governing the use of time travel. Some members attempt to pass a resolution to condemn Coca-Cola’s new product as an “abomination against God, Time, and Humanity,” but the other members, most of whom are, literally, owned by Coca-Cola, oppose the motion.

2032: Coca-Cola immediately sells out of their first batch of Coke-Then! and the requisite technology that that new cola fuels. Early fears about the destruction of the fabric of space-time are soon forgotten as a series of pundits on various news shows say that they’re pretty sure that the past can’t actually be changed.

2033: In less than a year, Coke-Then! becomes the highest selling product of all time. Consumers regularly take trips into their pasts to observe, and perhaps participate in, important moments in their lives.

2038: By relying on common sense, ambitious time travel enthusiasts realize that by cryogenically freezing themselves with Coke-Then!, they can, effectively experience the future then travel back to the past. This leads to stronger regulatory oversight of the Cryogenics Industry, though black market “Future Freezing” still exists.

2039: I travel back in time to when my younger self and my wife are snowed in at a hotel in Missouri.

2039: I achieve what I had hoped to accomplish and return to the present.

2042: Coca-Cola uses profits from Coke-Then! to buy out the rest of the world’s countries. War no longer exists as most citizens spend too much time thinking about and visiting their pasts to be worked up enough to start wars.

2043: Due to over-population and a lack of space in which to bury the deceased, Coca-Cola begins sending dead bodies into Earth’s prehistory so that the remains will rot away in the past. This changes neither the present nor the future, Coca-Cola explains, because this has always happened in time.

2045: I will die soon. I don’t think anyone traveled through time to see me. I am unimportant and soon my bones will belong to the past.

James Brubaker lives in Oklahoma with his wife. He is the author of the chapbook Pilot Season, which is forthcoming from Sunnyoutside Press, and numerous short stories that have appeared or are forthcoming in venues including Zoetrope: All Story, The Normal School, Web Conjunctions, Hayden's Ferry Review, and Keyhole, among others. James also edits the music section for The Fiddleback.