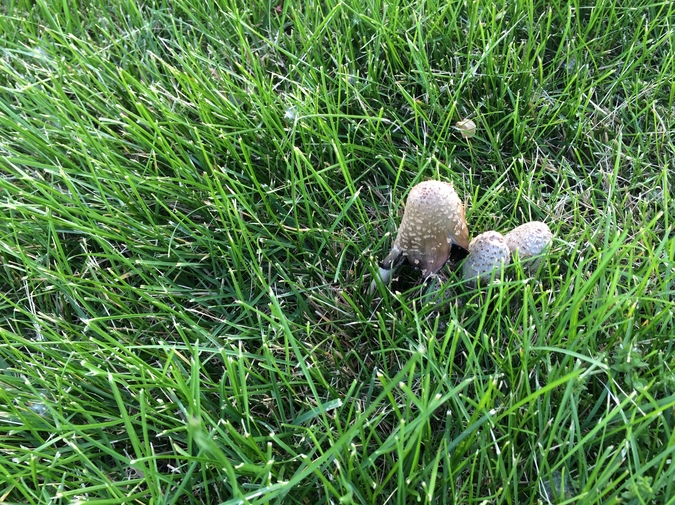 I’ve gone and left everything. This while the vents go and go above and while the mountains of some range I don't know the name of move in and out of view below. They are felt-capped, velvet draped, edging the West—the young, fresh West—in their newness. Molars having just broken through.

A sensation—the thrill of a cusp, its breathy what’s next, leaden despair—has licked and chewed all morning. As I opened my eyes. As I tip-toed down the stairs. As I drove to the airport. It is innards-nested, balled, warm but not yet full. It continues licking still.

Last night, I washed the dishes. Then I dried them while looking out the kitchen window onto the deep, dense grass. It was flecked with dew, glittering. It begged for me. I folded the laundry and placed the baby’s clothes in the middle of the basket, hoping they’d stay warm for as long as it took for someone to get there. I made a banana bread from scratch and a batch of brownies from a box, no nuts.

This morning, I had doubts. Look, I said out loud as I reversed in my driveway. Look at all of it. I bullied myself into looking. I grabbed a handful of my own hair and yanked my head up and bit my cheek and moaned as I began to cry. I hoped the gravel didn't crackle too loudly as I backed up. Then I hit the smooth street and shifted to neutral and rolled away.

Now here we are, going along, five hundred miles an hour over the scraped dust of the desert, over the small towns, buildings twinkling. I imagine the people down there, their living rooms darkened for one moment, for a few seconds, by the shadow of a jet overhead.

It was the electricity of need. My name on a constant loop, mama or my given. The way the paintings in the hall hung: uneven, unable to be righted. The mud puddle in the driveway; the hum of my home’s boiler or water heater or whatever it is that clangs and grunts down there; the dying dog, fur and bones, shit everywhere; my husband’s poor choices; endless, endless, all of it.

A baby cries behind me, five or ten rows back and for a second it’s mine, my baby, calling me to help him because the pressure has changed, because he has dropped his pacifier, because it’s eight a.m. and what about the show with the rabbits, and what about the tiny waffles, and what about the way he likes to be blanketed, wrapped on the couch—everything covered but the slits of his little blue eyes, and how could a mother do this to him, this animal mother, abandoning her young, only a step above a mother mouse who eats her bald and mewling babies. Or maybe not even. Maybe I’m worse. So I am standing, fucking with the buckle, almost out of my seat, when I see the baby: red-cheeked, blonde braids, leaning in to the chest of her mother. I know that no one has ever loved me like that.

When I sit, I put my head back and it bursts into sleep, dreams engulfing.

I wake somewhere over Iowa and I imagine them waking in their separate beds. Simultaneously. The baby springing up, beginning to jump almost immediately after opening his eyes, arms slung over the top rung of the crib. My husband, much slower. How he twitches, then turns, his snores turning to sniffs and then a big final sigh before he opens his eyes. He will expect me downstairs washing dishes, making coffee, staring at the local news. But no.

Prepare for descent, the Captain says, voice rich and thick, slinking through the PA. The plane shakes differently on the way down than when it went up. It’s headed at something, now. In my lap: hands folded, fingers little fleshy tents, red at the knuckles. The wedding band, the chipped polish, the slash of blue marker from the night before when we sat at the dining room table and the baby named animals for me to draw and I concentrated on the point of a cat’s ear and then on the realistic curve of a monkey’s tail. Don’t touch, I said as he grabbed, just let me finish. And he dragged the marker across the flat dry field of the back of my hand and I got up without sighing, without another word, to wash it off, leaving him to finish the picture, to ruin it.

And finally. The lights of New York, blurred and smeared by an afternoon rain. The tops of bridges disappear into gray. The city, the suburbs, the Atlantic all robed, swollen with a thick, useless gray.

Vanessa Cuti’s fiction has appeared or is forthcoming in The Kenyon Review, The Southampton Review, Word Riot and The Beloit Fiction Journal. She received her MFA from Stony Brook University and lives in the suburbs of New York with her family.