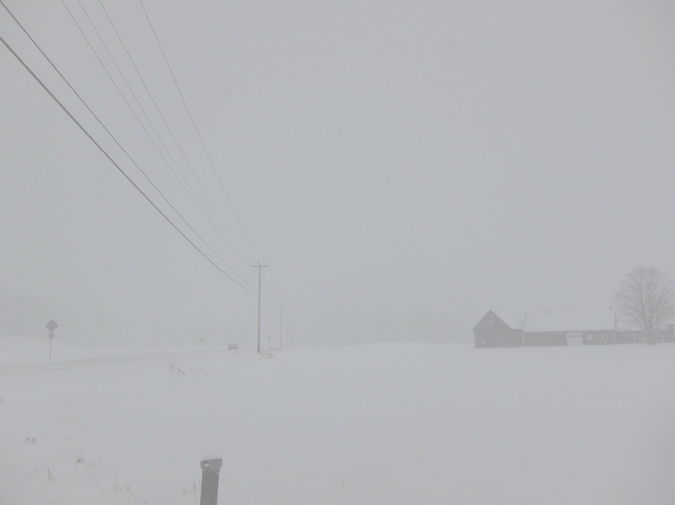 One JV game, down two at the end, I could have taken the three but I passed the ball to Monkey Gingrass, who bounced it off his foot.

I was playing one on one with my friend in the fog and I kept having to retie my shoe. I was on my way for a layup when he stepped on my shoelace and jerked me to the wet pavement. He couldn’t even give me a redo because my finger was broken. You can still feel the smooth nub of bone on the side below the knuckle where it healed weird.

One summer afternoon at the court behind the library, someone’s fat cousin was unconscious from the corner.

I’m twenty now. People know I played basketball in high school, but I don’t tell them our record. And when you play pickup and three-on-three and one-on-one no one keeps track of wins and losses, except for me, so no one else knows that I have never won a basketball game of any kind. Since I started keeping track, when I was sixteen, I am zero and six-hundred forty four.

I’d mainly played soccer growing up but then the summer before freshman year I grew four inches so all-of-a-sudden my fingers felt different. I went out for JV basketball. I wasn’t bad. I could shoot; I could run. Why not? Our first game was at Gardner Voc. I sat on the bench the whole time and watched my team get crushed, 67-22.

The first game I played, at Dedham, I scored ten, but we lost by twelve. Their locker room smelled like hot rotten eggs.

My first Varsity game, home to North Dracut, I scored the first two baskets, a fast-break layup and a jumper from the elbow, and we lost by twenty-one. One time out I had to put my head between my knees because I was breathing so hard I thought my lungs were going to burst open my rib cage.

The week before my father died we lost at Quabbin, halfway across the state, a hollow of farmland scooped out from cold rocky dense forest. They had a short but long-armed center who sky-hooked for twenty-something. I remember the bus ride home in the dark through falling snow, watching the wet black road slowly going white, like it was being erased.

Once at the court behind the library we were on game point up four and we went cold. I had three good looks and thunked them all. That was the night I asked Lizzie to prom. She said yes. It was weirdly cold on prom night in May. I remember standing with her after on the edge of the dark, shivering lake and she was wearing that sparkly white dress and my old gray sweatshirt, just washed, unzipped.

Lizzie played basketball, too. They won about half of their games. She said she didn’t really care about winning or losing; she said she wouldn’t even remember what their record was in five years, and she was probably right, but during the games she was as into it as I was, skin shining, hair pulled back so tight you could see the delicate slicing lines of her skull. She wore a bright blue mouth guard.

When we played Dunstable Catholic senior year they were zero and ten, too. I was playing pretty well. It’s not like I was playing harder than usual—that would be impossible, as if you could tear your own arm out just by reaching farther. But there is a way when you are playing both hard and well that feels different, like the mind and the soul are the body’s tendons, humming like cello strings.

Things were working out more than usual. Loose balls were rocketing up into my gut; teardrops were rattling down.

The Dunstable Catholic point guard was wearing an eye patch for some reason. Early in the game he misjudged a bounce pass coming to him and it smacked off his elbow right to me. But with no time left he hit a jumper off a pick to win the game. He sort collapsed into himself after that, in joy, on his knees, his teammates piling on him. I stood on the edge of the court and watched. I closed one eye and looked up at the basket and it looked the same.

Keeping track of all the losses has improved my memory. I remember like looking at a photograph a substitute gym teacher with the face of a punched bulldog who told us we could do what we wanted as long as “no one cries.” Some of us played no-clears 3-on-3 the whole time, and I lost every game.

I once tried to break the curse by playing my friend’s little brother in NBA Jam but he kept catching on fire.

I won third prize in the 10th grade science fair. I won a raffle for a bicycle at a Boy Scouts award ceremony the year before I quit. I won five straight Jeopardy-style AP Chem exam prep quizzes, and for each I was awarded an under-ripe banana. When I was little, I often won hide-and-seek, because of one trick: get out of eye-level. Burrow under something, if you can; if not, climb.

I know this is only a season. But it is also an only season.

It took a few weeks away at college to figure out the Tuesday night open gyms. The space felt different—a washed white, an openness; down the hall a million rowing machines whirred on their journeys across hypothetical rivers. The rituals were new to me—teams self-assembled with quick questions and nods and not much eye contact—but the games were good, essentially the same. The first night I lost my way through three winner-stays games, each losing team a new collection of bright-shirted strangers.

When I told the girl who is sort of my girlfriend about my losses, she believed me right away, which I did not believe, at first. It’s not impossible, she said. Think of all the people who play basketball. Each life of wins and losses is like a dot on a graph, right? Someone has to be on top and someone has to be at the bottom. That’s just the way it works. That’s just your dot. You’re you.

I’m not insane. I understand the difference between a loss in a basketball game and a loss. A bricked three is not grief, exactly.

One Tuesday during a snowstorm only eight showed up so we started into full-court four-on-four, figuring more would wander in. No one did. There were no windows in the gym but the storm was so intense that light inside was different, dimmer and yellower, underwater at the end of the world. I played well. I’ve always liked, loved, playing in space, whipping long passes, running, flowing into open territory. It’s like flying.

Halfway through we switched up teams because, of course, the other team kept winning, narrow wins, sure--twenty-one eighteen, twenty-three twenty-one—but wins all the same. My new team lost the next three. After, exhausted, sweaty and yanked into our winter clothes, we stood for a moment together in the lobby looking out into perfect endless new snow that we’d have to wreck to get home.

None of my teammates in high school or after ever thought even in passing to blame me, I’m sure. I obviously try too hard. That doesn’t mean I’m not responsible.

I won first prize in a competition of freshman composition essays for a persuasive essay about the need to increase funding for the search for alien life.

One warm November afternoon on the outdoor court, I rolled my ankle pretty good halfway through my first game and limped up the hill to my dorm. I stayed up late that night in the common room with the girl who is sort of my girlfriend talking about how she doesn’t go to church anymore but still considers herself Catholic. The sliding door to the balcony was open and we could both smell something burning, somewhere out in the dark.

On the fourth of July, in my parents’ driveway, my little sister beat me in five consecutive games of Around the World.

I played 21 with some drunk guys at the park. A bearded dude in jeans underhanded in his first chance at the clinching 3.

I often think about loss 221. This was near Christmas, senior year, packed gym. A close game. On the other team there was this short, ropy-muscled kid with a bent tooth who fixed on me for some reason and played defense right up into my chest, hands in my face, scrapes of his fingernails, little lines of blood, across my neck and shoulder. He was a talker, a whisperer so only I could hear: “Take it motherfucker, you know you want to.” “Shoot it, motherfucker. You got this. Let’s see it.” I hit some and I missed some. I took the last shot from the wing, down two, and it spun out and I tripped over him trying to get around him to the rebound, and time was gone. I looked up. “Next time,” he said, and smiled, not unkind.

But still. It’s a Saturday afternoon. Your shoes are somehow warm when you dig them out of the pile in the closet. The patch of rubbed off skin on your knee is finally healed, smooth as water. When you stretch the air smells like wet grass. The sky is everywhere. And you begin again, knowing the only way to make a jumpshot is to for however brief an instant want the ball to fall through the hoop more than you want anything else in the world.

Rob Roensch's book of stories The Wildflowers of Baltimore is out from Salt. He lives and teaches in Oklahoma City.