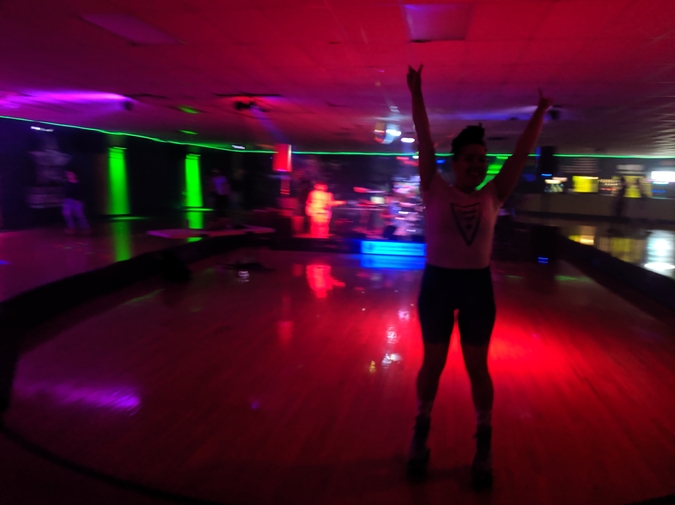 My parents, three hours into their marriage, ate sliders and crinkle fries. It was the summer of 1987, an Original Slider cost just 30 cents (today, one’ll run you $0.72), and there was a White Castle near the bars on Shelbyville Road. If you type its old address into Google Maps now, you’ll see the building has been razed. In its place is a bank’s parking lot, hemmed in by a row of hedges. I recently puked into them.

When I daydream it, it happens in slow motion. Their front teeth pierce bun, then pickle, then cheese, then meat, then bun again. Imagine a drop of grease making its way from burger to lap. A stain on a white bridal pantsuit the size of a teardrop. The bride might have fretted it over it with her one-ply napkin and the groom might have laughed at her. “What? You planning on wearing that again?”

What if next the newlyweds turned their attention to their car parked out front? Look, it’s their friends, tying empty cans to the bumper and finger-painting “Just Married” on the back windshield. What a fun surprise. The groom knocks on the window to alert the friends that he’s wise to them but he loves the attention. He throws his arms into goalposts and affects a tenor, “We’re the King and Queen of the Castle!” People stare.

Though she is smiling, the bride palms her face in embarrassment.

When I threw up just a few paces from the site of their wedding-night dinner, I was wearing borrowed pearls and a bridesmaid dress the color of Hi-C Flashin’ Fruit Punch.

My best friend had gotten married earlier that day, though I had tried to convince her otherwise, and I’d spent the reception ordering bourbon(s) neat—more than I care to own up to here. When the venue closed, I got in the shuttle headed to the after party. But I didn’t make it that far.

The thing is, in the van, I fell asleep and kind of dreamed that I was fishing and kind of got seasick in my little boat and that’s when I woke up and said, “Stop the car!” It pulled into the parking lot of the bank where the White Castle once was—what serendipity!—and I went running for the hedges. “Shield your eyes!” I yelled to the partygoers in the van. “Why aren’t you looking away?”

Once upon a time, in the mid-80s, my mom loved my dad enough to leave a husband for him. Picture it. Ring on her finger, my mom meeting up with her sisters for a beer at Gerstle’s, the bar to the left of the White Castle. She’d be stunning. (People sometimes asked her if she was Michelle Pfeiffer, and when she said no, they’d ask, hopefully, “Mia Farrow then?” as if a movie star were visiting Kentucky.)

My dad was working at Gerstle’s the night my mom walked in. He must have made her laugh. He can be charming when he’s not being snippy.

Anyway, both he and my mom’s husband were called Bill, and so my mom changed my father’s name to Will when she married him. Perhaps he resented it.

Gerstle’s endures. The first time I went in there, I was 22 and on a date, maybe the fifth or sixth, with this guy called Chris. I said to Chris, “This is where my parents met.”

At a high-top near the bar, a woman drank a beer by herself. At her feet lay a giant Mastiff—we’re talking 200 pounds. Chris wanted to pet him, but I didn’t want to make a scene, so I hung back. I waited for my drink and watched Chris introduce himself to the woman. “I just have to pet your dog,” he said.

“So, you really like dogs,” I said to Chris when he came back to the table.

“I wanted to see if he was taller than me. Was he?”

Chris and I never went on another date. He ghosted me, which made me take a good hard look at my standards.

When I was growing up, the affection I saw between my parents was strained. A peck. Lips smacking, lips performing love. “Mmmmuah,” is what they said to each other during a kiss. I asked for a proposal story, but they didn’t have one. One day, they blinked and they were getting married in my dad’s backyard. For years, they celebrated that day by getting a sitter for me and supping at White Castle.

I only have a handful of memories in which I like the look of the love between them, and so I embellish with speculated scenes. (I have gone so far as to imagine their dream wedding. A gazebo is involved. I will spare you the rest of the details.)

For a long time, I craved something different for them. I wanted eyes bulging hearts. A klaxon: awooga! humina! humina! I wanted something fresh and vernal. I had a friend whose parents celebrated their anniversary, not on a specific day, but on the spring equinox. I wanted for my parents something similarly celestial, something besides an annual pilgrimage to get fast food. And then, as tensions reached a fever pitch, I wanted for them a divorce. Maybe I was twelve or so when I started wishing. They held out, though, until the week of my college graduation, which was also the week I moved back to my hometown. The three of us entered its dating pool around the same time.

I spent a few years dating dudes like Chris, but my mom found real love fast. They’ve been together five or six years now, but my dad has still not moved on. He used to call me to tell me that the biggest mistake he ever made was letting my mom go. Then, he found out about her boyfriend. So, he called me to say, “Your mother is dead to me.” When I’m in his presence, I can no longer allude to the fact that I’ve ever had a mother.

I’ve turned my parents’ marriage into a punch line. When a friend’s love seems too good to be true, I say so, and then I say, “But I’m speaking as an adult child of divorce” by way of apology.

When talking about my parents to friends, I proclaim they were doomed from the get-go, destined to fail. “They met at Gerstle’s.” I say. “And they ate at White Castle on their wedding night,” I say. “My mom was already married,” I say. “What did they think was gonna happen?”

The White Castle on Shelbyville closed in 1996, but my parents had another fifteen years of marriage in front of them. So, from ’96 to ’12, my dad picked up their anniversary dinner on his way home from work from the White Castle across town. None for me. I wouldn’t eat sliders. I wouldn’t touch onion or red meat.

In the kitchen, I watched my dad unbox the food. “We’ll be paying for this tomorrow,” said he to my mom. “Sliders slide right out.”

“Where’s the Beano?” my mom asked, making herself laugh. “Take Beano and there’ll be no gas!” (Toilet humor was one of their few common interests.)

I like to imagine that they locked eyes and took those little white pills together—some suicide-to-our-bowels pact. But I never witnessed much fanfare. A gulp of water, and they were back in front of the TV, with the Castle Pack poised on the cushion between them.

When my parents married, the White Castle slogan was—I kid you not: “White Castle: We’re convenient.” They’ve since changed it to “The Crave Is a Powerful Thing,” or “What You Crave,” for short.

They also sell vegan sliders now. The website assures me they are “even more [sic] juicier, beefier, tastier.” Despite all the fuss about the Castle that I grew up with, I still have never actually eaten there, so I couldn’t tell you if it’s true.

Gwen Niekamp teaches writing at Maryville University and Washington University in St. Louis, where she received her MFA in nonfiction. Her work has appeared in Boulevard Magazine and is forthcoming in Belt Magazine's Louisville Anthology.