What I Think About When I Hear "Take Me Home, Country Roads" 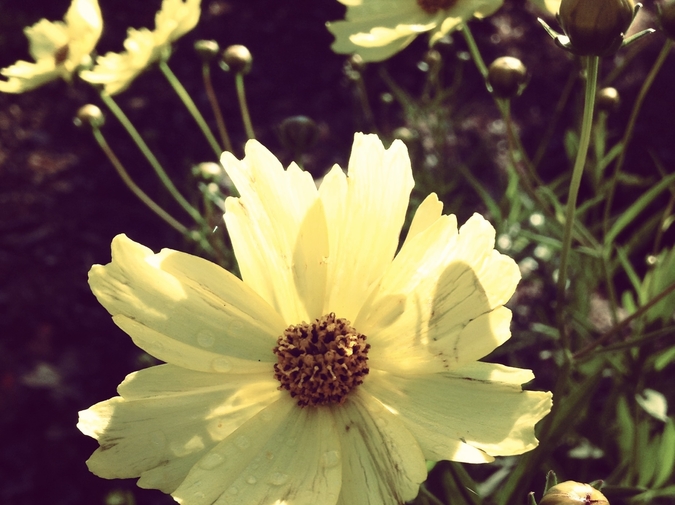 The summer I dated a painter I did not love, I modeled sometimes for a retired professor's drawing class. The painter and the class were not related, I just needed some extra money. One Saturday, a man from the class drove me home. I didn't know his name. He had a mustache, I think. He wanted to talk about my hair, how he'd drawn a curl falling loose from my bun. I hoped that if I didn't speak, he wouldn't show me the drawing. I didn't want to see myself naked.

I regretted accepting the ride. I couldn't tell if I was panicked or just hot. That summer I often felt like another person, the kind of person who modeled for a Saturday morning drawing class in a retired professor's basement.

I had accepted the ride because it was a long walk to the bus stop. Walking was generally something I enjoyed, but not in the heat of summer, not that summer. The painter I was dating had a truck. For some reason I had not asked him to pick me up.

Occasionally I modeled for the painter, too. He told me he wanted to be "the John Denver of painting." I can't remember what he meant by this—famous but nice? I liked the bright yellows of his still lifes and landscapes. His paintings of me weren't good. As a teenager he'd been in trouble for burglary, and he almost burned a woman's house down. When we watched his favorite video, John Denver's Wildlife Concert, I found his enthusiasm a great mystery. I liked posing for him because I could lie down and close my eyes. But every time it ended awkwardly; he was embarrassed that, in the end, he couldn't get me right.

After we'd been dating for a month, the painter called to ask if he could move into the widow's walk at the top of my apartment—his landlord was raising his rent, and wasn't my rent very reasonable? No one had ever pleaded with me before. I imagined him sleeping on the futon in that narrow, bright space. It was too small, and it was mine. After saying no I felt much better.

When I say I did not love him, I mean I liked him very much. I just didn't care what he thought about me.

On a hot day the painter and I drove to the Cape in his truck and sat on the beach for hours. I don't think we talked. We walked into the ocean. One of us swam into a jellyfish—I can still feel the sting all over my body—but I'm not sure if it was him or me.

Sara Schaff is the author of Say Something Nice About Me (Augury Books), a 2017 Next Generation Indie Book Award Finalist for short fiction and a CLMP Firecracker Award Finalist for fiction. Her writing has appeared in Joyland, LitHub, The Rumpus, Southern Humanities Review, and elsewhere. Find more of her work at saraschaff.com.