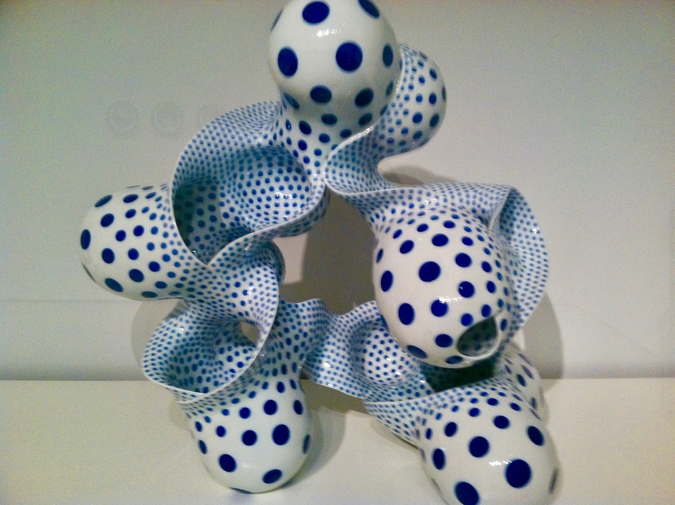 The loves of my life have been the girls who taught me who I am. My friends and I were gifted with late blooms, or with quick turnaround, or with limited appeal. We obsessed over boys, discussed them constantly, gave them codenames so we could talk about them in class, but the relationships that mattered were with each other.

I loved my friends so fiercely it burned. H. slept at my house every single Friday for more than a year. E. told my teachers I wouldn’t be in class when my black lab Hank was put down, brought me home to cry in her bed, then took me for ice cream. A.’s mother, a jewelry maker, once gifted me earrings to thank me for my loyalty to A. We reserved full pages in yearbooks and signed our first love letters to each other. We betrayed each other, we made up. We took turns driving to the Marin Headlands, to Cronkite, to the Haight, to Ocean Beach. We held hands in the halls between classes. We fell in and out of crushes like asteroids and we sewed ourselves together.

Back then, we could hardly see each other – or ourselves – for the vastness of our insecurities. As we dispersed, then grew up in different directions, we faded from each other’s daily lives. But I make it a rule that whenever I tell a story about them, or think of them fondly, I send them a note to tell them I love them. That they still live in my solar system. E. still texts me every Mother’s Day or on the anniversary of the day my mother died. A. and I talked ceaselessly for two hours on the phone last week, after years without a word, and as we hung up agreed to have another call in a few days. There was so much left to say.

My mother died of colon cancer when I was ten, and soon after, my father, older brother, and I moved into our new house. My father took the downstairs suite and assigned me the master bedroom upstairs: my own bathroom, a walk-in closet, a door directly onto the balcony. Privacy, he called it, in my house full of men. Otherwise: quarantine.

I survived my adolescence because of girlfriends, and because I was the last in everything. In eighth grade, Z. took me to Victoria’s Secret for my first bra; no one else had thought to do it. Her mother had been so close with mine, it felt almost like third-hand guidance from my mother. I bled for the first time just before my sixteenth birthday, plenty late enough to know exactly what was happening. H. came into the CVS with me to show me what to buy.

I felt like a scavenger, lapping up the remnants of what their mothers had taught my friends. But it was not their mothers who gave me any lessons, or a sense of home and safety – it was them. These girls put patches over some of those gaping holes that my mother’s death left.

The thing is, we hated ourselves, and we hated each other, sometimes. We said things to each other that still come back to me in dreams. I awake itchy from the haunting of, “Do you ever feel like you’re the ugly friend?”

In PE, they separated the boys and girls and taught the boys wrestling: how to bring someone to the ground. Meanwhile, we gathered around squat static-covered screens for “self-defense” class. We watched VHS tapes that told us when our arms were full of groceries, we always needed to check under our cars, because a man was most likely lying in wait to slit our Achilles tendons. We learned that it only takes ten pounds of pressure to rip someone’s ears off: all we had to do was grab and drop. I sat in a group of four when we were first told that one out of every four women is sexually assaulted (the least accurate fact I know) and one of girls beside me joked, “I call it’s Claire!”

I was still years from walking home with my keys between my fingers. I did not yet feel under threat – it came later, and quickly, the crossing to the other side of the street, the staying in after dark, the holding my breath while speed-walking home. Then, as I sat with my back against the wall in the portable classroom-on-wheels beside the football field, I had no measure of the weight of what Ms. Hoop was telling us. I only knew that the girl offering up my name as the one in four breached my most sacred belief, the one that lived deep beneath my skin: we were the ones who had to take care of each other.

It might have surprised my classmates when my name appeared on the Homecoming Court announcement, until we learned that teachers made nominations. My “Homecoming Princess” title meant a week of costumes, playing the drama teacher in a skit, wearing J.’s prom dress from the year before to walk around the gym, then sit in the back of a convertible, then shiver on a plastic chair on the side of the football field during the drizzly homecoming game. I wore a plastic tiara for the week, pretending to hate it. When I was a freshman, I watched a senior cry about the apparently uncool boy she had been paired with for Homecoming Court. I judged her for caring so much, or, more accurately, for showing it so blatantly. I also prayed that I would not still have braces my senior year, like she did.

Our teenage girl selves never leave us. At best, that self becomes vestigial. Having become functionless in the course of evolution. Whale legs. Functionless, maybe, but useful. She sticks around to show us where we have been, how we arrived. Sometimes we need evidence or we forget how we have evolved. At worst, we are stuck. We try to walk under water.

The teenage girl self is an untreatable and beautiful mess. There is not much I would change. I might drink a little less, might break a few other rules instead. I might recognize the lunches I spent eating alone in my car, in hiding, as something other than angst. Mostly, I would teach my teenage self that not all attention is created equal.

E. and I spent countless hours at a Peet’s Coffee and Tea irritating the manager – who once threatened us with a ban – and flirting with baristas and studying for our AP exams. We often ordered dirty chai lattes, sometimes with vanilla flavoring to make them even sweeter, and one of the baristas liked to say to E., “Dirty chai for a dirty girl.” Another barista, cuter, more suave, once asked me how old I was. “Sixteen,” I answered, and he said, “Oh, too bad.” This is the moment I would tell my younger self to run. It could have been worse, of course, but how many times have we all told ourselves that, and accepted almost anything? He praised my body, he let us stay past closing, he asked us for a ride home, he gave me a hug and squeezed his hands around my ass. He was maybe 25, 28, 30.

I think about him and about how much my friends and I would put up with for attention. We wanted, more than anything, to be seen, to be valued, to be thought of as beautiful or interesting, to be thought of at all. Somehow it didn’t quite count when we received that attention from each other. I lost so much sleep because a boy with a car might come pick us up after his parents went to bed. I lost so many hours discussing when I would, finally, get kissed, then who would be the first of us to have sex. Who cares, who cares, who cares.

(The teenage self. We can’t shake her. Not all the way.)

With boys, I lived in a cloud of insecurity, desperation, and fear. I had an all-consuming crush on a boy in our friend’s band for a few weeks, until I had a dream that he hit me in the face. I almost recognized my own fear: of him, of men. But what did my liking myself have to do with boys liking me? How obvious which one was more important. With my girlfriends, though, I was bold, obnoxious, funny. I loved my friends with a ferocity I do not know how to name. I learned the shape of myself within the space of that love.

My senior year, my father spent one night every weekend at his girlfriend’s house, and so I ran free. I staggered from house party to semi-secluded hilltop with boys in a band, then with my AP Calculus friends when the band members decided against me. We brought a Burger King paper crown to the AP Calc parties, drank until we couldn’t stand, dubbed one person the “DB” – the “drunk bitch” – of the night, and the DB brought the crown to the next party. I had a far away boy whom I was terrified to realize I was in love with, so I kissed other boys at parties while he, on the other coast, told girlfriend after girlfriend not to worry about me. A., L., and I told my father we were having a virgin margarita slumber party and my father told us how to put salt on the rims of our glasses. A. threw up in my kitchen sink that night. L. and I curled up together in the bathtub at a party and cried while A. pitbull-guarded us from her perch on the closed toilet seat. E. and I stumbled home from a party to find ourselves locked out of my house and the electric garage door opener broken. E. contorted herself through the bathroom window, proving what the rest of us had started to suspect: she was the one of us who could break into a house, who would demolish what was expected of her.

I did not campaign to win Homecoming Queen. Other girls were devastated that they lost, but the winner was exactly who she should have been: the beautiful blonde sunbeam, charming, friendly. Months later, I was one of the first people she called after her father’s suicide. I got the call while perched on the edge of a hot tub, my pant legs rolled up and my feet boiling, surrounded by almost-friends one or two social levels above me. She said not to come and I hate that I stayed, that I didn’t blow through every stop sign in a rush to be by her side. It takes so long, so much longer than it should, to learn what matters. What rooms to be in. Where and when and how to show up.

Claire Hodgdon is a writer based in New York City. She has an MFA in Nonfiction from Columbia University and her work has been nominated for Best of the Net. She is currently working on a memoir. Find her on Twitter @claire_hodgdon.