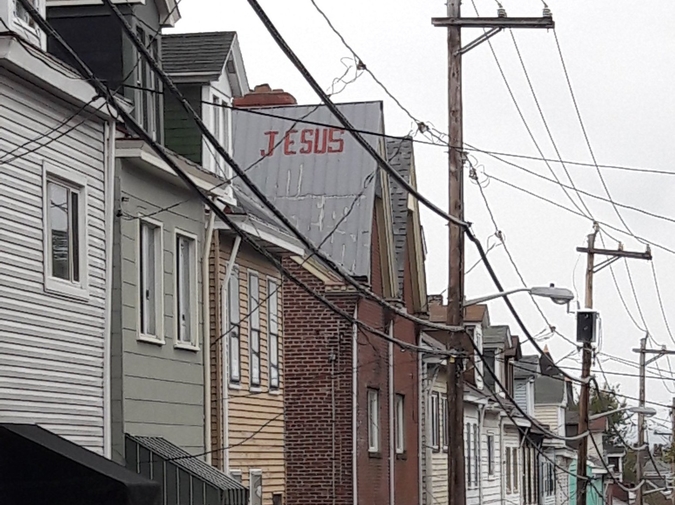 A myth around junipers

a stranger reinvents the world / the mother of vinegar growing under
grandmother’s sink / passed down / made again in a different flavor /
passing between the junipers / tells me before a country was called a
country / there was a pattern of juniper roots / buried beneath stone like a
musical coda of a sonata / appending something thought finished / gives
way to silence // tells me about his grandmother’s cooking / how she’d sub
butter for bacon grease in her oatmeal cookies / that that’s what Jesus eats
for breakfast / and I liked that myth best // as the old saying goes no one
wants to get too close to the old cowdog because they know he’s got one
good bite left and by old saying I mean I heard it from a pastor as our
horses cut between the junipers / and doesn’t that just sound like a rib taken
straight from a sleeping man and planted in volcanic soil?

Tell me about the dream where the man with whiskey breath
eats apple slices off the switchblade
of youth so as not to die but revive in spurts
they call waves
they call hunger.
Yes, I mean to say sound is hungry for itself, for its echo
just as the frosted window begs to be drawn on, to be given a face.

Tell me about the dream with the leather-skinned sunbather
maddened by cloud cover.
The one that decides to dip itself in the pool of someone else’s voice
hoping its body will mold to its damp shell of old age
and leave a younger part of itself in the water—
muscle memory for the next generation—
so that when the sun comes once again it will harden and set
the speech bones of tongue.

Tell me about the dream where you leave him naked
as a message-less bottle
or diner napkin note to younger self found in the couch cushions
a one-night stand too unceremonious to pique the interest of the censors of vibrating air
the milieu of sand crabs shifting worlds
the echocardiogram of the beach, the pulse of sound marked by pin holes
of feathered antennae peeking through the grained curtains
hungry to sieve the plankton of words drawn in by the tide.

Tell me about the dream where you’re squatting off the front of a boat
and the sound of your water breaking
the ocean’s quiet is deafening.

Alexa Luborsky is a graduate of the University of Chicago and an Editorial Assistant at Poetry Northwest. Her poems have appeared or are forthcoming in Consequence and JuxtaProse. She was born in Toronto, Canada and raised in Rhode Island. Follow her on twitter @thebigluborsky.