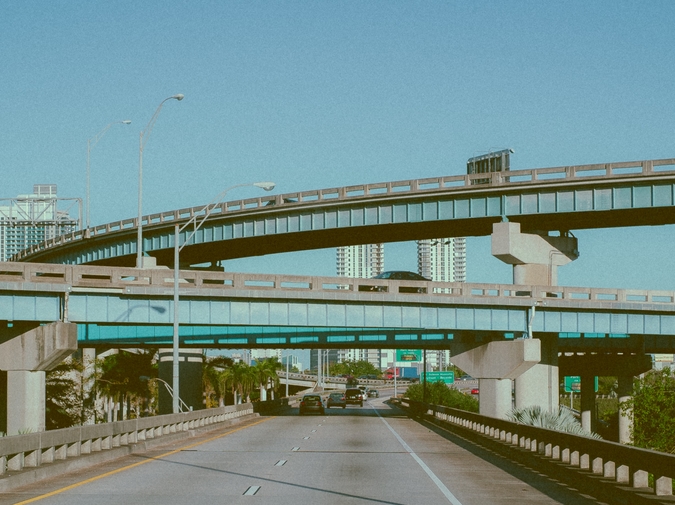 It started as baseball cards and candy bars.
Money from my father's wallet. Protein bars on a health kick.
Eventually my friends and I walked into a grocery store,
loaded up on beer and ice cream and walked out,
calm as day, as if being alive,
in need of sugar and stupefaction was payment enough.
When I drove across the country and ran out of money,
I'd approach a state line, fill up and haul ass,
believing the trooper couldn't book me on his neighbor's turf.
I was lucky, never arrested. Never shot. Never killed.
Once or twice I stole a heart. That fucked me up—
as soon as I had it in my hands I wanted to put it back,
but you couldn't do that without hurting the person you took it from.
Later, it was clothes from thrift stores,
a book from a writing center inscribed by one of my holy influences—
monsieur Valery—a theft I'm most proud of, I'll never repent.
A girlfriend goaded me into my lowest:
CDs from my father's truck,
which I pawned for a couple of bucks a pop—music,
the one thing in my father’s life that wasn't drugs,
depression and skull-crushing drudgery—
the theft I wish amongst my deepest wishes that I could take back.
A little time on the clock, you bet.
Then karma played her hand:
my identity was lifted one night from my pocket,
drunk, asleep on the train.
My reincarnation was a bastard,
stole a dog and a car, got slapped with a felony,
used my social security number to tarnish my good name.
As long as he had good cause and took good care of the dog,
I wish him good health.
If not, may an intestinal parasite gut him to death.
I worked and I stole, more of one than the other.
Which? Depended on the day.
Somewhere along the way I formed a philosophy:
earning is good, finding is better,
sharing the best, belonging the bestest:
nothing I ever loved was purely the product of money or theft,
and nothing I ever touched belonged to me more than I belonged to it
and it to the belonging in which all things fight and make up.
To be at home in the Earth's pocket, where I've always been,
a unicorn nugget, collecting lint, casting sparks,
to realize that, and feel it—
what else could an old thief want?

I'm Not Sure How Much More I Can Take

By the time I was twenty-four I had ten herniated discs,
slept three hours a night, felt like a stabbing board,
laid on the concrete during lunch, drank a fifth for courage,
smoked three blunts a day. It barely took the edge off:

passed out at midnight, up at three. The doctor who
discovered my disorder—nameless early degeneration—
asked if I'd fallen out of a building. We laughed
but it was the kind of laugh that knifes you in the gut.

I had the back of a sixty-year-old construction worker,
pleaded for help, but spinal medicine in the 21st-century
is more medieval than helpful: painkillers, steroids, fusion:
they snake metal rods through either side of your vertebrae

and screw them in place to stop the bones from pinching nerves,
or compressing leaky discs, which tend to blow in a chain reaction,
dominoes of disease that go goodbye dancing, hello bad sex,
not even that. I asked the doctor what he’d do in my place,

and he said I didn’t want the answer. Having lived it, I know the answer
without having to hear it, the way each day is a sword I push myself
a little further along, and he’s right: I didn’t want it. I wanted him
to lie to me, but he was either more honest or heartless than that.

I like to think of my spine as my teacher, a gift from hell
that says, don’t end up here. A gift from the Earth that says,
I’m ruining your body that you might know something of the ruin
your kind inflicts upon mine. I thank her and pay attention.

I ignore her and find respite in imagination. Where my discs
are the stages upon which Ella and Billie prove that the heart
is more gut-sunk midnight than it is lovemaking at noon.
Where the discs are stars exploding in slow motion, opening in me

a universe I won’t survive. Or, my favorite, they’re eggs
that some poor creatures are pecking their way out of, my pain
their only path to manifestation. A little yelp from me, a little more
of their bodies emerging from the shells. Our pact the one

a new soul and a ghost make on their way to and from this world:
when they’re done with me, when they’re ready to be, these children
I’ll never see, they’ll click the lock; they’ll let me out; they’ll point me
at the sun and say fly that way, little bird, you’re free from your old jail.

Ricky Ray is a disabled poet, critic and editor who lives on the outskirts of the Hudson Valley. He is the author of Fealty (Diode Editions, 2019) and the forthcoming chapbooks: Quiet, Grit, Glory (Broken Sleep Books, 2020) and The Sound of the Earth Singing to Herself (Fly on the Wall Press, 2020). He is the founding editor of Rascal: A Journal of Ecology, Literature and Art. His awards include the Cormac McCarthy Prize, the Ron McFarland Poetry Prize, and a Liam Rector fellowship, among others. His work appears widely in periodicals and anthologies, including The American Scholar, Verse Daily, Diode Poetry Journal and The Moth. He was educated at Columbia University and the Bennington Writing Seminars, and can be found hobbling in the old green hills with his old brown dog, Addie.