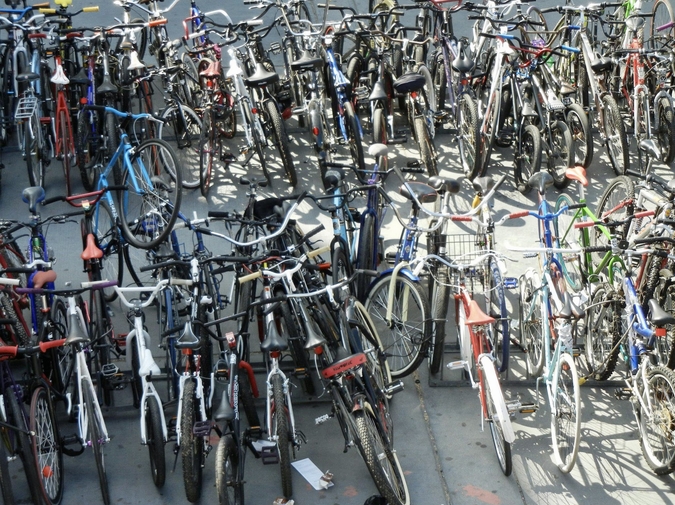 one night in Manita

say any of the passersby could stop, supposing / that we eat, supposing the rest of the
table watches / and even if i decided i did want to dance / suppose i had the third
glass of prosecco / suppose the waiter didn’t charge / if you suppose this, if you’ve
been to Manita / and you suppose this even though the dress I'm wearing is from years
ago, the candy apple red yes you suppose this and you tell me it’s lovely / you see me
on the street now and that is even more than i have hoped for / and you order the
mussels and we pour white wine into the bowl from the bottle and this was one lovely
lifetime this night.

thinking about Bruno
in the bicycle thief

thinking about my brother
whose bike was stolen

Jessica Anne Robinson is a Toronto writer and, more tellingly, a Libra. Her poetry is featured or forthcoming with QWERTY, filling station, Minola Review, and Room magazine, among others. Her debut chapbook, OTHER MOTHERS’ FUNERALS, was published with Frog Hollow Press. You can find her anywhere @hey_jeska.