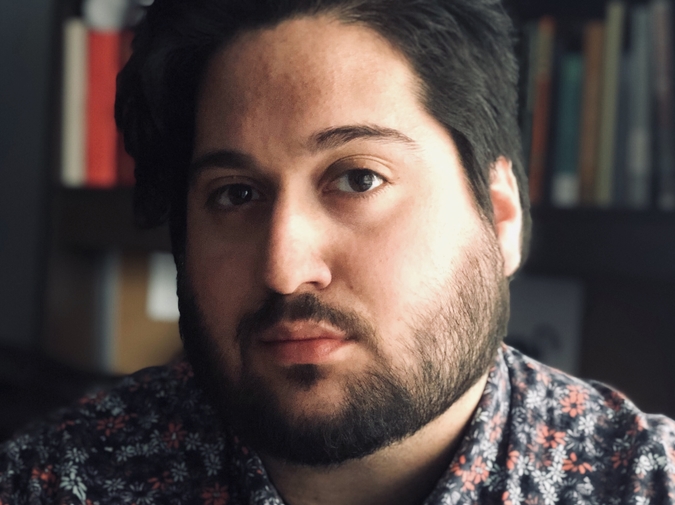 Every Poem I Write Is a Cauldron

Mom says Brian doesn’t have a heart
worth scorning, says heroin slipped him
quick through the family’s tourniquet.

There is no body to bury. I explain this
to my therapist, ask if a decade is long
enough to declare my brother legally dead—

ask how there can be grief without wisdom
teeth, cracked sternum, caution tape.
I want to lock my brother in nostalgia’s

mausoleum, throw the key in the crematory.
Instead I tuck death in a shoebox
under my bed like a pile of love letters.

My brother is the one who got away.
I coo his death to sleep, scratch
its chin. When I hear death snoring

I yell into my pillow, punch the mattress
until the springs jab back. Into this pot
I toss each spoon my brother burned.

This poem is a cauldron summoning him
alive and sober and here. When he starts to
sprint away, I break each line like a femur.

I learned to drive stick in a lowered Honda hatchback that would stall when rolling over even small things. Empty soda cans, the levelled bodies of stray cats, the thick skin of a basketball I didn’t see a child bowl underneath. It was my brother’s car. We’d make pit stops at Waiter Park—the nickname mom gave to the strip of grass where old burnouts waited for their lives to change. Brian would sit in the back seat, window down, trading aluminum foil balls of heroin for wrinkled fives, tens. You forgot that stop sign back there, he’d say, taking the wheel from me. Then, we’d get cherry slushes mixed with blue raspberry and sit in the car parked outside the gas station. The visor mirror in the passenger seat was missing, but in its place was a sticker that read You’re Beautiful. Once, we stalled on a speedbump going home. He tugged that car into neutral, and we both got out to push. I looked at his face, blood-flushed, crack-lipped, scabbed, and shoved through my teenage shoulders into the metal. I could feel it. I can still feel it. We were beautiful then.

Steven Espada Dawson is a writer from East Los Angeles by way of Denver. The son of a Mexican immigrant, he serves as poetry editor for Sycamore Review. Winner of the Barriss and Iola Mills Award for Poetry, his poems have recently appeared in New Ohio Review and on BBC Radio. He has work forthcoming in The Adroit Journal, where it was nominated for Best New Poets 2020.