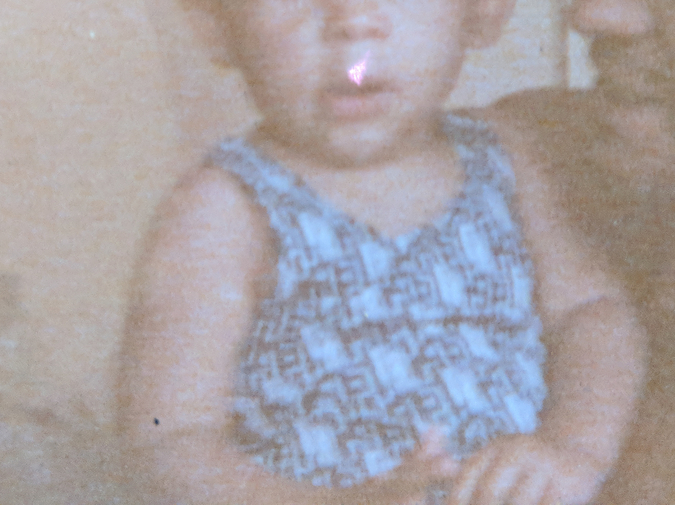 We were little and we wore white we squinted at all that light we were hungry we were given pink candied popcorn we licked our sugared fingers the air hot and heavy with água doce everything infused in sunlight in a tinge of purple and I don’t know if what I recall is that day a blend of different days or a photograph. I remember the sky burned white behind us in a picture but I also see it big and bright blue pierced by the spikes on top of the  fences that kept us  away  from the animals but let their sweet musk through to reach us. The zoo looked so huge to me then and when I went back with my son I was surprised that it was still huge but now rendered sharp in high contrast, the vivid Ipê greens and yellows of my Nikon D4s viewed each time as just taken pixels as bright in a future device as on the back of my camera I now show my son chewing with his pink candied mouth. I no longer have that old photo of us dressed in white and sometimes I wonder if there was a picture in the first place or if some of it happened only in poetry the purple imposed by a memory that learned to see itself filtered in flare. Back home at my parents’ we look at the photographs of me as a child now I find her beautiful she looks like my son and I like my mother

Tea sandwiches sit, pale on their porcelain
plate, their brown crusts cut off
little soggy ghosts and saucer hovering
on the glass coffee table, at home
we would be in the kitchen
the smell faint at first
wading in boiling water with the okra
but later it would flap with hot dendê,
and take flight, glide into the living
room, circle around Tito
and all the primos watching TV
float into the bedrooms
pushing through half open doors
dive down and peck at the noses
of each of the others until they followed
and they would all be crammed together
in the kitchen, among coriander
cashews and shrimp shells a chittering
of voices, insults and laughter, silverware
and the fizz of food being fried.

Ananda Lima’s work has appeared in The American Poetry Review, Rattle, The Offing, Sugar House Review, PANK and elsewhere. She has an MA in Linguistics from UCLA and is pursuing her MFA in fiction at Rutgers-Newark. Ananda is working on a full-length poetry collection centered on immigration and motherhood, as well as a novel set in Brasília, where she grew up as the daughter of migrants from Northeast Brazil.