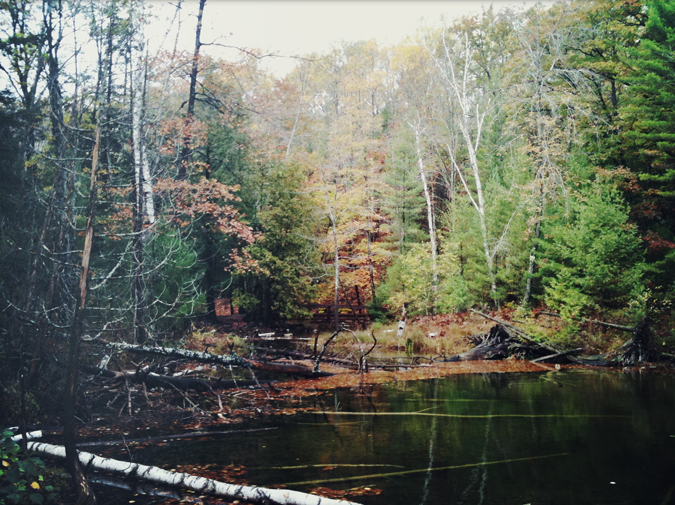 Don't move, the possum says:
neither twitch of tail
nor flutter of eyelid. Be still,
the possum says. Be still
and know how the world
is your soggy
milk carton, your discarded box
of Chinese takeout,
your fallen nest of blue shelled
Robin eggs. Be still,
the possum says, and know
that the world remains
an oyster shell
smiling back at you
like the slit across your abdomen,
the kits that will crawl from it
and onto your back
and into the world
thinking fondly of you,
of the thirteen
nipples arranged in a circle
on the flesh
of your belly,
of the fifty teeth
God crammed inside
of your marsupial head.

John had just broken up with his girlfriend for the second to last time before she’d left him for good (moved out to Indiana, got married, had a kid…) and so it was off to the bar for a few drinks, which turned out to be a bit too much for John, who’d already had a few drinks all by himself a little earlier, and so, suffice it to say, John was shitfaced by the time people started dancing. And suffice it to say that John wasn’t just looking to blow off some steam, because, as bad as it got for him, things had seemed pretty bad at the time. And so after we’d ordered another round of beers John gave up talking all together, thinking it’d be best for him to survey the action on the dance floor from his seat, keeping an eye on the young women as they held hands and danced with one another in their safe little circles, or traipsed around in front their boyfriends like dive bar dervishes. And it was this, I think, that messed him up the most: watching those girls give themselves to their boys before pulling back away from them as if governed by some external force beyond either of their comprehensions. And so eventually, it got to be too much for him, like a process that runs for too long on a computer, causing its virtual memory to thrash system performance, in turn causing its operations to degrade, and so on. Or perhaps you could just say that John had a breakthrough: an epiphany, of sorts, that caused him to look me dead in the eye and say, in a broken version of his voice, the game is a game of predator and prey, just before he knocked back the second half of his PBR, stood up, and walked over to dance hard onto a girl he’d seen standing on the edge of the floor, waiting for her boyfriend to return from the bar with some Tequila shots and the other couple they’d come out with, while I sat back at the table, shaking my head, sipping my beer, waiting for him to find enough of himself so he could stumble on back and receive whatever harsh bounties would come from the thing we had called our friendship.

Caleb Curtiss lives in Champaign, IL.  His writing has recently appeared in, or is forthcoming from, New England Review, Hayden's Ferry Review, Redivider, PANK, and others.