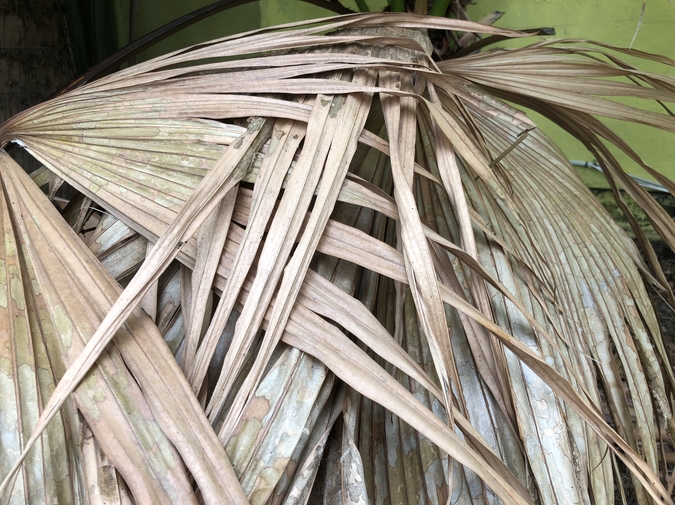 There are two of you (you being singular, but in two forms). One of you is
in motion, swimming in marbled light; standing by the pool, one of you is not.

A vision of yourself, or a version, it’s unclear which, cuts through the water.
Perhaps it’s some of both, your likeness caught in a photographic emulsion

that drops to the floor like a shadow (but made of light) severed from its spring.
The figure slows as it bends the path you thought you were on, warm and cool,

a steaming apparition, a morning. The object in the mirror is closer than it appears.
Its arms move when yours stay still; its legs peel apart, electric, under the caress

of reflection, of dispersion. You propel yourself forward even as you stand in place.
Your arms break with a gleam, the dark flash of a blade husking the silk off the quiet

of yourself, moving closer to the figure standing by the pool, standing against the sun,
the way a vine grows new shoots from the same source, changing directions, turning.

Joshua Garcia lives and writes in Charleston, South Carolina, where he is pursuing an MFA in poetry at the College of Charleston and is an editorial assistant at Crazyhorse. His poetry has appeared in Image, Ruminate Magazine, and Bodega.