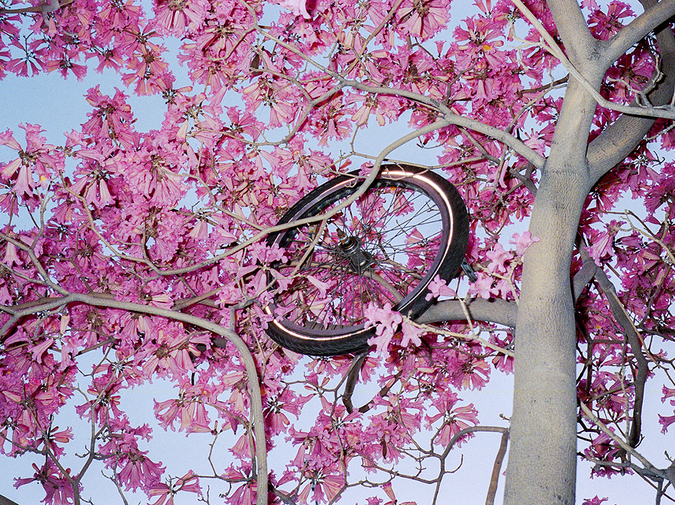 At least once you should try living
inside a piano, or forgiving yourself
for the gush. Some people spend
a whole life setting bear traps
by their door but some people
have never seen a padlock spool. Once,
we were all out of evers and by that
I mean I couldn’t remember
the last time I had forgiven anyone
anything. Without the gush we’re all just
skin sacks panning for an oracle
and by that I mean vomit
doesn’t always have to mean death.
If you have lived inside a piano
and still can’t remember the difference
between white keys and black
bile, you might as well try fingers
in the window. If you might you'll get there
at least once—living with music
or inside it. At the surface,
or below.

I am not a zombie and like all human people who are not zombies I do not subsist on brains and guts. If you have seen me walking slowly behind you with my arms outstretched it is because I believe in hugging. A hug is a cherry balm for the soul, so they say, and like all human people I prefer banana ice cream to a big flank of thighmeat. I know that sneaking up on horses makes you the predator, but that is fine, because I do not sneak anyhow. I have a slow walk. Scientists say that brains are for turning lights into thought things and guts are for turning food into inedible things, and I agree, of course. What a good use for those body parts. We are all human people here together, let’s hug.

Caterpillars turn to liquid when they are becoming
moths. This seems perfect and impossible, but like
many impossible things, it is also true. Caterpillars
eat themselves and become soup. Some moths can
remember being caterpillars, which means the soup
must remember too. I’m not a caterpillar or a scientist,
but sometimes I dream of stripping myself back to
nothing. A thing without edges or bones, but I am
stuck inside this skeleton stuffed with memories.
I am so much more than a soup that can’t forget.

Jane Flett lives in Berlin, where she hosts queer events, plays in a riot grrrl band, and rollerskates down Tempelhof runway in hotpants. Her work features in the Best British Poetry anthology and has been broadcast on BBC Radio 4.