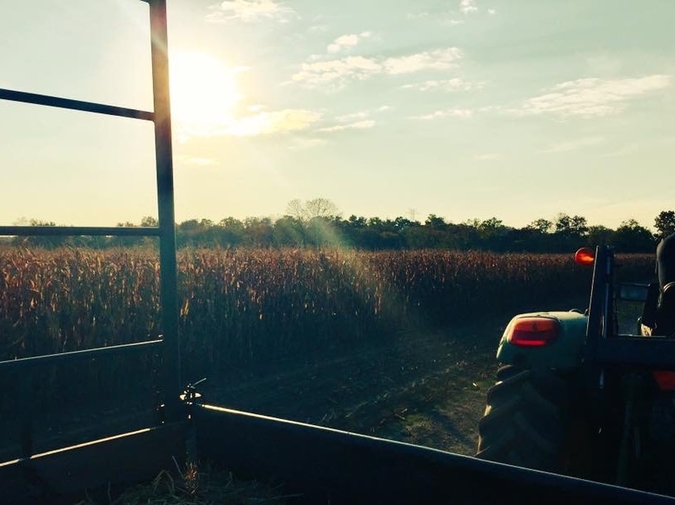 In the past two years, three noteworthy and talented authors have each gained national acclaim for their groundbreaking releases in 2020 and 2021: Emily K. Michael’s Neoteny: Poems (Finishing Line Press). M. Leona Godin’s Their Plant Eyes (Knof Doubleday Publishing Group), and James Tate Hill’s Blind Man’s Bluff (W.W. Norton and Co.). I have followed these authors closely as their careers have developed, eager to finally find community amongst blind writers like myself. Finally reading about the varied and unique experiences of blindness, written by authors who understand the subject as lived experience, has planted a seed of hope within my heart as I draft my first book.

Over the past month, I had the pleasure of speaking with all three, via Zoom, about their projects, the ways that blindness has informed their perspectives on the world, and their writing lives in general. Below are excerpts from the three interviews, divided into categories.

Hill began to actively engage his blindness on the page when he least expected to.

“I started using fiction, and I had not planned to write in any way about my blindness. There is so much made of denial and that was what led me to never want to write about it. I ended up going to AWP, and the keynote speaker was Jhumpa Lahiri…When she started talking about all of her early short stories being imitations of the short stories and writers she had read in school for her entire life…She started writing from her own life and her own point of view. As soon as I got home, I realized, ‘I can give my protagonist my blindness, and I can also give them the sardonic way of approaching the world with the ridiculous denial that I had for years.’”

When Hill began writing this way, he found it “exceedingly liberating.”

Godin, meanwhile, had a very different journey to writing about her blindness. She sought to approach blindness from a cultural, critical lens, examining it from angles that included multiple voices in the conversation.

Their Plant Eyes is a long time coming. A lot of it was returning to things that I’d been thinking about as an academic, my own life, personal essays, plays that I’ve put on over the years…in some ways, it’s been 20 years of notetaking in terms of everything that I’ve done.”

Godin’s path to publication came from her work with a literary journal.

“I was writing a column in 2018 for Catapult called ‘The Blind Writer’s Notebook,’ and that’s where I started developing this thing that was part personal essay, part research, part recorded piece. The difference between using anecdotes from my friends, from my own life, and more textual type stuff, really came out of that column. And that’s where, in a very practical way, my agent found me.”

Godin would not call her book an essay collection, but acknowledges the qualities that allow each chapter to stand on its own.

“In the end, because this [book] came out of an essay project, I think there is something essayistic about Their Plant Eyes. For better and for worse, there’s this long timeline of looking at blindness culture, but I think a lot of the chapters could absolutely be taken out [to stand on their own.] There’s the Braille chapter, the Helen Keller chapter, the Homer chapter, and I think they can all be read as essays. [A reader can] move ahead in the book. It’s not a novel: you won’t miss something if you miss out on the Shakespeare chapter.”

Godin has watched her colleagues and friends in academia teach chapters of the book, and the process for choosing those chapters is intriguing to her.

“It’s interesting to see what chapters people pull out. I think certain chapters will be better suited for certain kinds of classes. It seems that the Braille chapter and the Helen Keller chapter are very popular ones. I didn’t have to do much to change the style that I had before. In the earlier, messier draft of the book, there wasn’t quite so much of a timeline…I don’t know, in the end, if that would have been easier to follow or more difficult to follow.”

For Michael, the experience of collecting her poems for a chapbook proved fruitful in multiple ways.

“I started publishing my first couple of poems around 2012, 2013… I got more confident because people seemed to like the work, and I started to pull together a chapbook. There were a couple of different online contests, and so I entered a few of them. I had a lot of fun arranging the poems and making them tell a story.”

Once Michael knew she wanted to arrange the poems into a chapbook, she divided each into categories and sat with a friend who assisted her in the process. This, along with a workshop on arranging a chapbook, gave her a finished product.

“As I would get declined [from contests], I would go back and look at the manuscript and say, ‘Now I can see where the weak places are.’ I attended a local workshop and the tips I got were so good. [The instructor] said, Put your strongest poem first, your next strongest poem last, and your third strongest poem in the middle [and] make the collection read like one long poem. That was new for me.”

Hill found that when he began to write his blindness, he would “allow myself to be a bit more emotional and frank” on the page.

“What allowed me to believe that I could and should write [my memoir] was finding a voice that was not too far off from the humorous voice of [debut novel] Academy Gothic, even though it was a voice that was malleable capable of getting serious, of getting emotional. But knowing that my language, my phrasing, my rhythms of the prose, were still allowed to do what they needed to do when I could be funny. That gave me the belief that I had this escape valve of humor when I needed it.”

In confronting difficult moments on the page, Hill tried to stick as close to the truth as possible.

“Back then, I did a lot of writing in coffee shops and it was a new experience for me to wipe an eye at my keyboard…I think what made it more emotional was not even exploring my own depths, because so much of the deeper uncovering happened in drafts and finding new memories in later drafts when an editor, agent or reader told me – [to explore something further.]”

The struggle in unearthing old memories was something that Hill did not necessarily expect from the drafting process.

“The things that hit me in waves was when I was writing about my experiences with other people, of which I was assessing the extent to which my experiences affected their experiences. When we’re really stepping outside our own lives, when we really have that objectivity we need to write any good creative nonfiction, we’re assessing the circle around us, the waves or the aftershocks of our decisions and the affect those decisions had on other people.”

Godin wanted to take a slightly different approach with her book.

“I think I knew early on that I didn’t want it to be a memoir… it was really important for me to unravel that myth of ‘blind personality’ or [the singular blind person myth.] I really wanted to unravel that myth with a cacophony of blind voices. This is a book where, I think if a sighted person believes in a monolyth of blindness, they’re not going to be able to do it anymore after reading my book. They’re going to meet so many different types of blind people and [will be introduced to] so many different blind experiences.”

Michael’s journey to writing about her blindness happened because of a unique publication opportunity that came to her attention.

“It was a book of student perspectives on disability. It was going to be a textbook, and I didn’t know if I had anything to say, but I thought about…I’ve always had to wear dark glasses, and I have not always been okay with that. I hated that I was in my dark glasses all the time, and I just couldn’t get past it for a long, long time. I decided that’s what I would write about for that essay collection, and I thought it would be cool to write about blindness [without only making it about blindness.]”

Michael’s newfound commitment to writing about her blindness eventually translated to her chapbook and nonfiction essays, as well.

“That was the first essay I got published. And then I started writing on my blog, and I just wrote a couple things here and there… It occurred to me that people really liked what I had to say because it was about everyday experiences.”

All three authors identified the struggle with vulnerability on the page. Michael spoke to the power of vulnerable writing as a writer.

“It’s hard to be vulnerable… I’ve written a couple of different pieces that are on touchy topics for me, and it’s hard to admit when I have felt insecure… we have to be so protective of ourselves, but then also remember that we  need to tell a good story, to say exactly what happened.”

Godin agrees that in writing her experiences with blindness—along with spotlighting the varied experiences of others through her work—she can begin to pave a new way forward.

“Talking about the challenges is important. There are expectations, and I think many of the expectations placed on us are sighted expectations. When we feel like we fall short, we feel lesser than instead of just different than a sighted person… There are things that are difficult to do as a blind person, and yet it shouldn’t mean that there should be shame attached to it.”

Hill’s vulnerability on the page allowed him to better connect with readers, which is ultimately what every author strives for.

“I’ve gotten plenty of emails from friends and strangers, and I’m super grateful for all of them… I’ve had memoirist friends tell me in advance of publication that they can expect that people will reach out to you. The thing about a good memoir is, even though it’s an extremely specific experience you’re conveying, the emotions it evokes in the reader become their emotions, and they start to find themselves in your story in ways that don’t have anything to do with your story. That’s one of the hazards of writing memoir, and one of the joys of writing memoir…people can find themselves in your story. I think it’s just a wonderful thing.”

In reading these authors’ books, their vulnerabilities, stories and experiences translate fully to the page, lending each to an opportunity for education and growth within all readers. Michael, Godin and Hill are blazing a new trail for blind authors to follow, and their successes in publishing reverberate to reflect positive changes within the publishing industry as a whole.

Nikki Lyssy is an MFA candidate at the University of South Florida, where she is working on an essay collection about blindness, physical space, bodies, and sound. She has work published in Hobart, Essay Daily and Sweet. When not writing or teaching, she can be found on Twitter @blindnikkii.