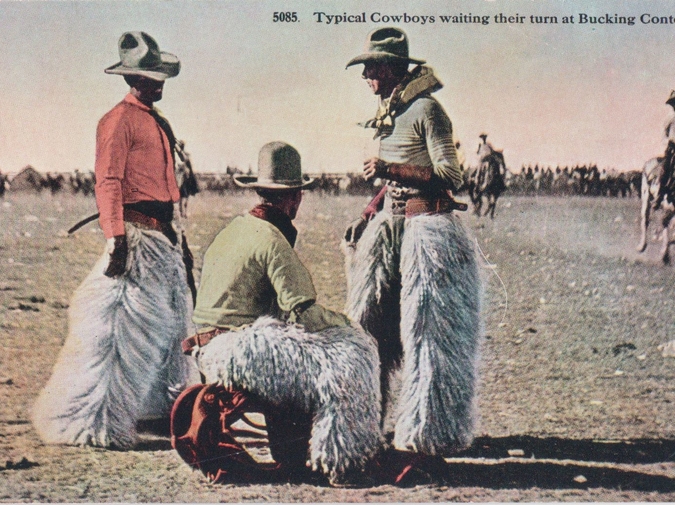 The moment the cowboy bursts into the saloon, doors swinging wide, conversations splitting into silence, it’s already over. His pistol dangles low and loose by his thigh, his beaten hat hanging over his creased, dust-dirtied face. His eyes don’t narrow, because that would be impossible: they’re already two fine slits in granite, rejecting any notion of a better world. He steps forward to survey the scene, his boots tapping the floor all dangerous and ready.

At the counter, the bartender polishes a glass with a cloth his mother had given him, right before she passed away in the early hours of a cool and brilliant night. She’d always loved and cared for him, even after his father left in pursuit of an unlikely fortune, and even after he had disappointed her by pursuing a career in the very saloon where his father had met the men who’d claimed a greater life awaited in the vast beyond.

In the corner, five men surround a solid table, cards gripped in sweaty palms. Two of the men, by turns the tallest and the shortest in the bar, have a long-held rivalry, each intending to betray the other at the first opportunity. The other three, all miners, have just met, and have been working hard to identify one another’s habits and tells. The dealer stands behind them, arms folded as she observes the game. Although they are unaware, she has total control over their hands, having mastered shuffling and all manner of relevant tricks and abilities over the several years prior.

Upstairs, on the landing, an old man sits in a large oak chair, dozing in the afternoon light as it breaks through narrow and sweet. He’d lived a full life, though not a good one, and his many regrets often danced through his mind in a way he could not fight off. This could disturb his ability to sleep, but today, for once, he had managed to vanquish his own thoughts.

The cowboy knows none of this, and never will.

The cowboy saunters to the bar and leans against it casually. Lifting his chin, tilting his hat, he catches the bartender’s eye and says: “Any chance of a little salvation?”

One of the miners throws his chair as the two rivals stand and advance toward the counter, one sending his beer toppling with a careless gesture. The old man starts and peers at the action below, witnessing the other card players as they grab for the nearest makeshift weapons, snapping legs off chairs and smashing glass bottles.

Ducking behind a neglected piano, its peeling black paint and untuned wonky keys, the cowboy shouts: “What is it about me that startled you so?”

“Your appearance and general demeanour suggest ill-intent, and we’ve been burned by that before,” yells the bartender, hurling glass after glass in the cowboy’s direction.

“I simply seek a way to restore my desperate soul,” shouts the cowboy.

“That can’t possibly be true,” cries a miner, gripping a chair leg tight. “No, you’re here to soothe some part of yourself through wanton violence, and this town has had enough of that.”

“Is that right?” Asks the cowboy, leaping atop the piano. “And what do you make of that experience?”

“Men like you have passed through before,” says the woman, tipping a large shelf that barely misses the piano stool. “They leave devastation in their wake as they attempt to crush some kind of inner turmoil driven by the path their life has taken, or is taking.”

“Well, you ain’t seen no one like me,” cries the cowboy, drawing his pistol to fire off two quick shots that send the card players sprawling. “I’ve journeyed long to find this place, and here I’ll stay until I find what it is I’m searching for.”

From the landing, the old man boldly calls out: “No place is big enough for an ego like yours, for a man burying himself in externalities and pride! You’ll never find home, let alone salvation, before you reckon with this!”

He ducks as a bullet from the cowboy’s gun zips over the bannister and smacks hard into a wood beam. Observing the small hole it leaves, right by his head, he realises that some of those he had hurt were still alive, and it just might yet be possible to make amends. He fishes the empty bullet from the beam and pockets it, ready and willing to use his remaining time.

Meanwhile, the cowboy continues to seek the redemption he had requested.

“It’s become impossible for me to track what’s going on,” he says, training his pistol on the various occupants of the bar. “I used to be filled with purpose, but that purpose is disappearing fast, and I need to feel something. I need to feel alive.”

“I understand your anger. You’re angry because you actually do believe, fundamentally, that a better world is possible,” cries one miner as he dives under a splintering table.

“It’s that damaged sense of possibility that pushes you to these lengths,” yells another, dancing across chairs as bullets ping at his feet. “It’s hope that leads most often to despair.”

“It’s true, your value in society has been confounded by a changing world, changing circumstances, systems beyond your and any of our control,” shouts the bartender, holding a match to the cloth he had by now poked into a bottle of finely-aged whiskey. “It’s happened to me, too, and I’m still trying to find ways to deal with it that are nourishing for my soul and sustaining for my body and mind,” he adds, as he tosses his concoction at a stage curtain.

“The question of my innate kindness or desire for social purpose is none of your concern,” the cowboy spits, then hurls his rope around a dangling light fixture and swings gracefully through the air.

“You know, he’s right,” declares the tall man, to the surprise of all. “Change isn’t inevitable, and we can slow or stop it if we so need.” He grabs the cuff of the short man’s shirt and the loop of his belt, sensing his opportunity for final betrayal, and throws him neatly through the window. Glass shatters, the remaining shards vicious and glinting.

In the refracted light, the tall man sees himself for what he really is, and breaks down in heavy sobs as his body gives way. Through the window, the short man sees what he might have become, had he given in to his own worst impulses, and returns home to reflect on how his future might be different to his past.

In the chaos, the dealer pursues the cowboy once again.

“We live in a time of rapid change, it’s never been faster, and maybe it will never be like this again,” she shouts. “That’s not your fault, but it isn’t ours, either. We all want to be remembered, want to mean something. It’s not wrong to want these things,” she says, sliding sharp knives fast and true along the counter, “you just have to want them in a way that won’t damage friend and stranger alike.” The knives embed themselves with dull thuds in walls and assorted items of furniture, one carrying the cowboy’s hat with it and affixing it to a banister.

The bartender watches as flames catch the curtain and spread across the stage, swiftly destroying his last physical memento of his mother, and vows to find his father so that he will be forced to confront the weight of his own actions for even a single moment.

“She’s right, it’s done,” the bartender cries, slinging a bucket at the cowboy’s head. “There’s no doubt about that.”

The cowboy ducks to avoid the heavy steel, then stumbles back, tripping over a stray playing card and falling through the doors and onto the ground outside. He stands and brushes himself off, grunting and muttering, a fresh wetness on his cheeks.

He looks on at the rising flames and begins to smile, his eyes holding the glimmer of the fire and his own understanding. Because it is over, it always was.

The cowboy knows that, now.

He gazes long at the saloon doors, still swinging gently back and forth, then treads along the rough dirt, into the distance, his shadow growing ever longer, until he disappears – at least to that town.

And as the sun sets, yellows giving way to oranges and reds and yet more colours that cannot truly be explained, it rises on another scene altogether.

Scott Limbrick is a writer and comedian based in Australia. His fiction has appeared in places including The Suburban Review, Kill Your Darlings' New Australian Fiction 2021 and Westerly. He's on Twitter at @ScottLimbrick and sends out a weekly flash fiction newsletter called 'First Dates'.