Things You Did After Your Best Friend Died Three Years 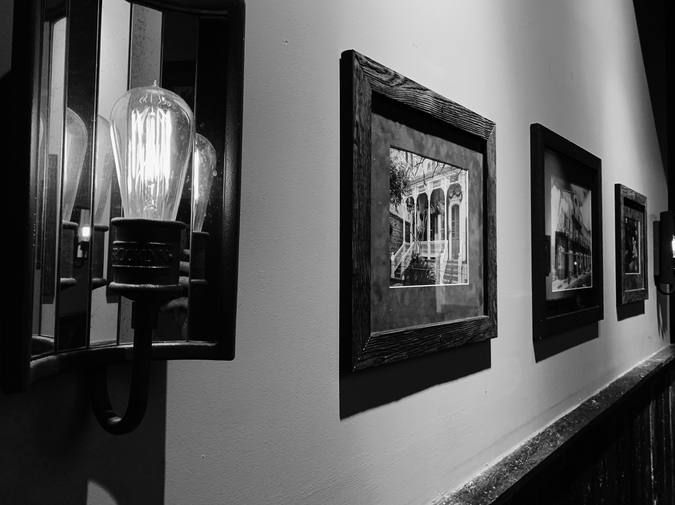 and two personal renaissances ago. You mourn for six weeks, then use her death to excuse all of your shortcomings for the rest of the year. One night, your body full of hunger and youth, you carve her initials into your outer thigh with your father’s razor. Later, at a blazing house party, you trace over the scars with a hypodermic needle and black ballpoint ink. This is the memory you always go back to when you sob on the L.A. Metro on Tuesday nights, when even the security officers hesitated to touch you. That winter break, you vomit her blood out on the same bathroom floor where your mother had her miscarriage. Two years later, your computer malfunctions during a software update, wiping with it the only copy of the eulogy you had written for her. After two hours and six hundred dollars, it returns to you, wiped as clean as a child’s apology. As redress, you eat only red and black foods for a week. That same month, you show your crush her obituary on your phone screen during a football game. He never talks to you again, and you accept this as a natural consequence of your growth.

You went to Dallas only once, four months after her father died on a staircase built like jutting teeth. Her oldest sister agrees to meet you at a dim sum restaurant, where you order two appetizers and no drinks. Trying to bridge the silence, you remark on the Vietnamese dishes on the menu. Her sister, half apologetic, reminds you that she was half Vietnamese. You later punish yourself for not knowing this— for the first month of university, you sleep with the window opened directly onto your bed. Unfortunately, you underestimated the worryingly temperate climate of Los Angeles, and only caught a slight cold that you dragged on for as long as it let you, a mountain of tissues steadily growing on your windowsill. Later that semester, you go downtown to write, wearing nothing but the slip your cruelest ex-boyfriend bought you. The wind picks up, and sends you scrambling for cover. You are reminded of the walk you took on the first anniversary of her death, the one where you read cosmic meaning into rotting hardwood leaves. You can see her even now, watching you across the coffee shop, her last words hanging over you like pollution. You wonder why you never loved her until she tasted the cool metal of her father’s handgun, and cry into your hands for the second time in your life.

A native of Yokohama, Japan, Mei Mei Sun was raised in Shenyang, China, and Birmingham, Alabama. She now resides in Los Angeles with her tiny white puppy, numerous indoor plants, and acute childhood trauma. This is her first published piece. More of her work can be found at meimeisun.org.