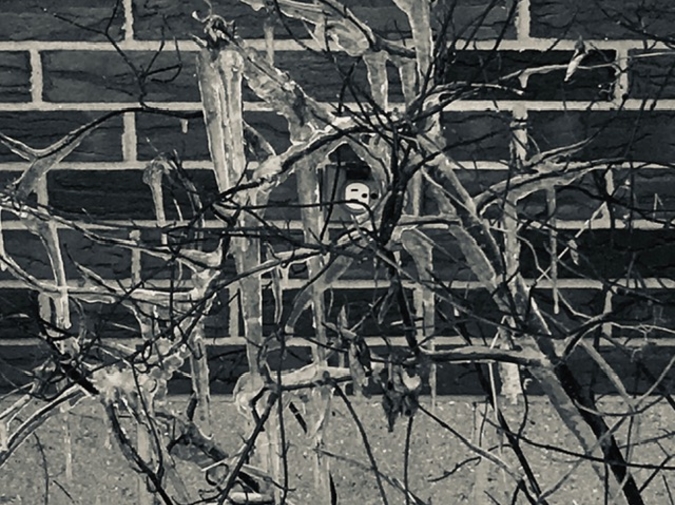 So I may never ascend again,
may never even get out of bed,

may never find my uncharged phone
in the dark to check

how hurt you were by the fix,
by the algorithm I invented

to decide if my mouth was too much,
if my hands were too busy,

where I lisp and bite and worry my way
down the curve of a damaged spine.

Were we vines to be spliced into
another vine to heal?

No. Were we books to be mended?
I have sewn a book together once.

I did not do it well. I should have, though, laid,
merely, myself next to a self on a shelf.

But I opened into righteous helping. I could have
gone to the library for the new novels

you could fondle and love and return. I did not
know how our brittle backs might break

when we tried to open one another beyond
what old stitches can bear.

You, remain unsolved. You were not
a problem to figure.

I remain dissolved. I was always dust and string.

David Wright's poems have appeared or are forthcoming in 32 Poems, Ninth Letter, Image, and Ecotone, among others. His most recent poetry collection is Local Talent (Purple Flag/Virtual Artists Collective, 2019). He lives in west central Illinois where he teaches creative writing and American literature at Monmouth College. He can be found on Twitter @sweatervestboy.