The Whaling Wives of Nantucket 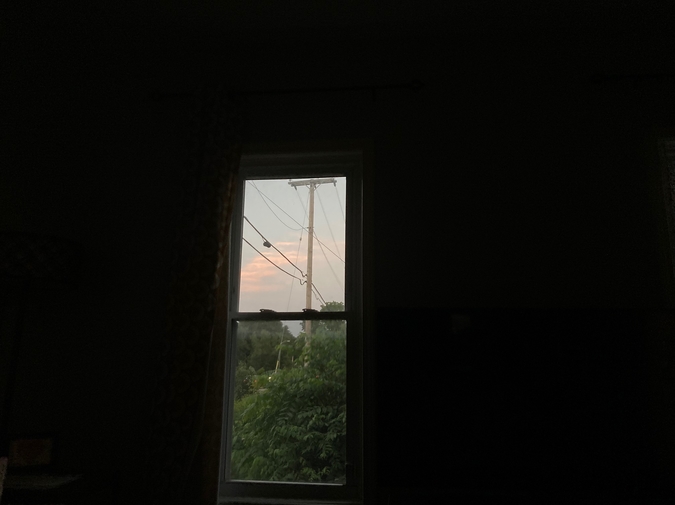 The whaling wives of Nantucket were independent, well-educated, progressive for their time. While their husbands sailed in search of the increasingly-elusive sperm whale, the oilfield of the eighteenth century, the whaling wives stayed on the island. That is to say, they ran the island. Politics, business, raising future whalers—by age twenty-four, over a quarter of the whaling wives had been widowed by the sea. Yet many of them craved the separation of the whaleships. The distance granted them independence in three-year cycles, broken only by their husbands’ three-month visits home.

I would have been a good whaling wife, I thought, single and recovering from a long-distance relationship. I knew then that I wanted love and independence, that the two weren’t mutually exclusive. That I could be a woman and my own person. If independence was the norm on a tiny island in the eighteenth century, how far had we come since?

Early in life, I felt called to the sea: an extension of the Great Lakes that surrounded me in childhood. I dreamed of dolphins and marine biology well into my teens, until a trainer was killed at SeaWorld and I realized that I didn’t want the water badly enough to die for it. I went the other way. To the desert. Nine thousand feet up, I hauled salt and water to cattle and learned to thrive when the land around me ran dry.

Safe harbor, fair winds, following seas: our words for comfort are taken from the water. After all, the womb is our first environment; babies are said to be able to swim from birth. It is natural that we as humans turn to water for comfort, for survival. Unlike Galapagos tortoises, taken aboard by whaling ships to survive on salt licked from ship lines before being butchered for meat when crews ran low on supplies. And how many nautical terms mean lost or alone. Unmoored. Adrift. Unanchored.

A species made of saltwater; we are forever forged by the sea.

When I met Jason on the first day of my MFA, I was instantly drawn to him. He wore a Hawaiian shirt decorated with hibiscuses and helicopters, and his student directory photo was a selfie from the cockpit of an aircraft. I needed to know more. He was clear with me from the beginning: he was in the Navy, he was recruiting on extended shore duty, and he would be deployed to the Kingdom of Bahrain, likely in the next year or two. In the meantime, we began a relationship. Long distance at first, driving half a day across Midwestern states to see each other for long weekends and extra days off work. With each visit, I moved random items of mine to his apartment. Running shoes. A black button-down dress. A laptop charger. Pieces of my life that I left in his apartment between visits until finally, I moved in myself.

As I adjusted to life in an apartment with an interstate view, he bought a ring and kept it in his nightstand drawer until he received official orders to Bahrain. He asked, jokingly, almost every night if I wanted to see the ring. I laughed and said no every time. Until he was on one knee, no longer joking. And that time, I said yes.

Genders were equal on Nantucket, dictated by religion. Quakerism: the belief in equality, spiritually and intellectually. The belief in peace that sent men in search of creatures to harpoon for profit. Men and women married for love—a love that stretched like ship lines over the sea, an anchor tying them all to the island. The weight settled on women, on wives, to cope. Through opium or prayer, with social lives structured around husbands who were gone, they managed in spite of the promises of freedom.

During his desert deployment, Jason read Moby-Dick off base, out of the hundred-degree heat. Dry land itself was a dichotomy for the Navy pilot who had flown helicopters from an aircraft carrier on a previous sea tour. Then, he had been in the Pacific, the largest body of water in the world. The body of water where, once the whaleships depleted the ecosystems of the Atlantic, they followed the oil.

On a FaceTime call one night, Jason read to me a line from the book: “So that did you carry them the news that another flood had come; they would only answer—Well, boys, here’s the ark!” He relayed it differently—the carrier was not an ark nor a whaleship, but a floating city built for war. Though now his world was desert, then it had been water. And air. From nine thousand feet up, he would have been the first to see the waters rise.

From a vantage point of modernity, whaling days seem quaint. Bygone. Our commerce and transportation and defense have moved to the air, some of it so advanced to no longer require manpower. Whaling itself is now relegated to cultural traditions for subsistence; human and whale interactions limited to tourists watching or environmental groups protesting. In theory, our world has moved on from whaling.

But the forces that fuel us remain the same. The fight for oil. The freedom. The isolation from loved ones, the uncertainty of return. When Jason deployed during the Covid-19 pandemic, I realized: the world still makes a living of sending men to sea.

Amy Zaranek is an award-winning writer and the managing editor of The Black Fork Review. Her writing has appeared in Yemassee Journal, matchbook, and elsewhere, and her essays have been anthologized in collections such as OUR BEST WAR STORIES and TALES FROM SIX FEET APART. Amy holds an MFA from Ashland University and lives and writes in Metro Detroit. Visit her online at www.amyzaranek.com.