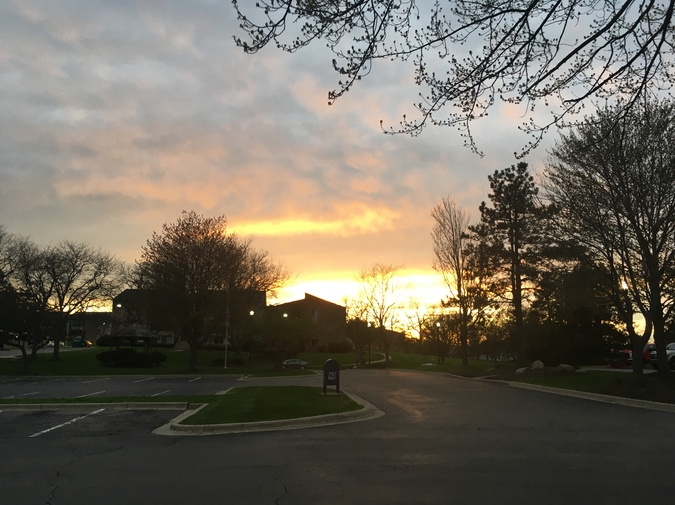 He didn’t even try to hide it. This subtle grooming disguised as a peace offering. Young and cool and cultured, he was the new priest from the Mediterranean, with an accent and a peculiar way of saying hello. Kissing as a form greeting and goodbye. I was one of many. My preteen mouth pressed to the priest’s. A bristly cave.

During one Sunday sermon, the priest told the parishioners of how Jesus touched the eyes of a blind man and gave him sight. I felt the need for divine intervention as well. My brain had turned foggy since the first time the priest touched my unsullied lips, as if, from then on, I was walking through stained glass.

One time the priest invited himself over to my house for dinner, insisted my mother make him spaghetti and gravy. I could tell my parents were uncomfortable with him there, but they felt obligated and obliged. The priest sat in the seat I always sat in. I watched his menacing mouth turn crimson with wine.

I wonder, when he asked to use the bathroom that night, did he venture upstairs and crack open the doors to see which of the bedrooms was mine?

Later, my father confronted him about the kissing. And I got this in return: the cold shoulder, a half-hearted handshake while the other kids continued to be blessed with spittle. Shortly after, the priest transferred parishes, played a popular church game called Minister Misplaced.

Two decades later, I discovered an article online listing nearly two hundred priests accused of sexual assault in New Jersey. I wanted, if anything, to know how close I was. But I didn’t know the priest’s full name. I still don’t. It was always Father, followed by the two-letters he called himself: Al. So I searched the catalog of the accused for those two simple shapes: one powerful, one trying to disappear.

Maybe it was tradition. Maybe the priest wasn’t the pervert I imagined him to be. But, no, I don’t actually believe that. In my gut, I know what he was after.

I sifted through the names and faces and parishes listed in the clerical exposé. I also searched for him on the church’s website, but it seems they scrubbed his name from their timeline. I know I could find him if I really tried, but there is a part of me that doesn’t want to go any further. To let trauma be.

At times I still find myself paralyzed inside that church. It is a distorted memory in which I am standing immobile inside a vacant vestibule. From the shadows, creaking floorboards rise above the sound of a closing hymn. The footsteps creep closer. I close my eyes and try to play the part of the priest, which is to say: blend in, disappear.

Adam Gianforcaro lives in Wilmington, Delaware. His shorts essays can be found in The Maine Review, Complete Sentence, and Hippocampus Magazine. His stories and poems can be found or are forthcoming in Third Coast,  RHINO Poetry, Soft Punk, Maudlin House, and elsewhere.