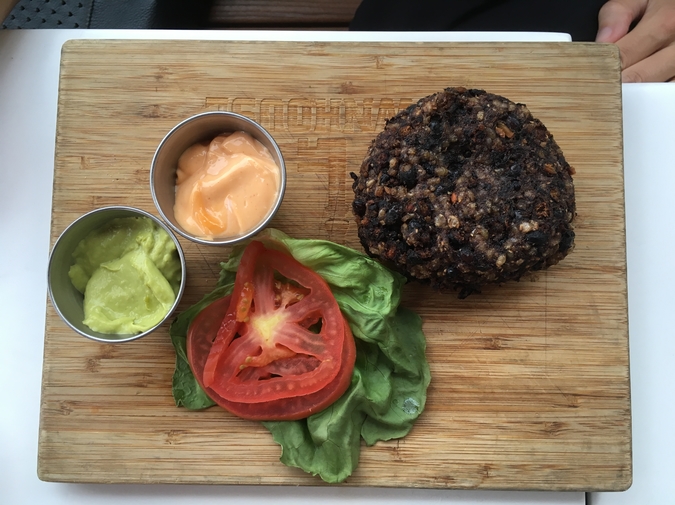 I walked up to the window for immigration services at the Embassy. A Mastiff sat behind the pixel glass, writing furiously. He didn’t look up when I said hi, so I knocked on the glass, twice, with my fingertips.

His beady eyes moved from the desk to me, leaned forward to get a better look or smell, then slouched back again, putting down the blue plastic pen with a chewed cap. A small circle of sweat appeared on the glass where his snout had just puffed.

“Purpose of visit?” He asked.

He held out a paw with long, yellow nails.

I fished out my admission letter in the stuffed file folder I’d brought.

“Here.” I slipped it under the glass, flattening out the corners.

He sniffed at it and bared his teeth. I stepped back a little.

He made a garbled noise from his throat as if to cough up a fishbone. I wondered if he’d had lunch. I came in just around noon, bad timing. They are always grumpy if they’re working on an empty stomach.

“Chemistry is sensitive,” he said.

“It’s purely academic,” I said. I knew they would question my major, which was deemed “sensitive” because I could invent a poison, a mass-murder weapon, and destroy their country from my university lab.

The wrinkles on his face deepened as he read the letter, his down-turned mouth half-open with heavy breathing. A drip of drool dangled at the corner of his jaw.

I was desperately hoping his saliva wouldn’t wet my letter. I had given him the original, which I fancied I’d show my future kids one day and tell them this was the document that had changed my life. It would be best that the said document was not tainted by dog spit.

“Right.” I flipped through my files again and gave him a stack of paper. “Twelve months’ worth, three different banks, all here.”

He grabbed them, nails scratching on the paper. As he turned the pages, he tapped his paw on his out-stretched tongue, a smell of rotten meat in the air.

Finally, he finished reading. “Your case requires further consideration. You will wait for our final decision.”

My heart lifted to my throat and lodged there. “When will I hear back?”

“We can’t guarantee the timing.” He started balling the papers together, including my admission letter.

“We’ll keep your documents for the record.”

“We will contact you soon.” He resumed writing furiously. His eyes disappeared in rings of black wrinkles.

I wanted to say more but thought better not. Better not piss him off.

Before I stepped outside the Embassy, I turned around and looked back at the window.

The Mastiff was stuffing my documents in his red, wet mouth, his crooked teeth tearing the pages with such wild abandon it made me shudder.

Yunya Yang was born and raised in Central China and moved to the US when she was eighteen. Her work has appeared in Epiphany, Fractured Literary, Milk Candy Review, among others. Find her on Twitter @YangYunya.