The Holding, The Explosion 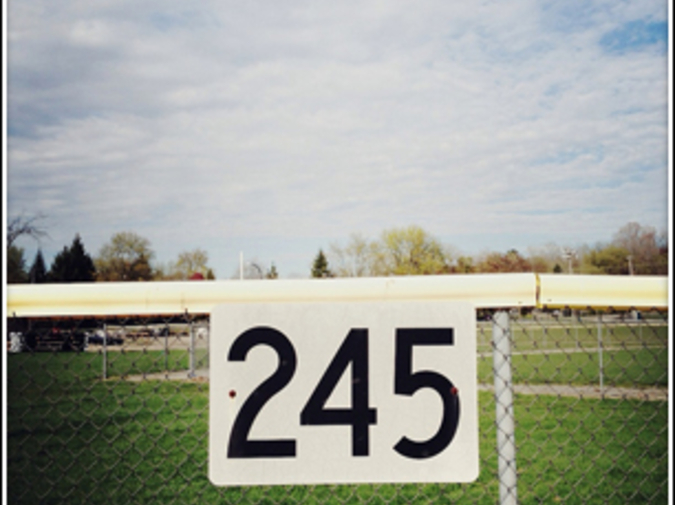 Four hours before my 3rd shift, Sertaun is behind home plate calling balls and strikes and I am hung over as shit standing behind first, a few paces off the base path. Sertaun knows I am hung over, that I have to work, that I've come to regret this volunteer opportunity more than I could possibly imagine, and that I all I want to do is get the fuck off of the field so I can go to my car and light a cigarette and not think for a few hours before I go stand behind a cash register and not think for a few hours. Sertaun knows these things, but calls a ball after the nine year old on the mound puts one in the dirt, and the nine year old at the plate starts to fish down for the ball, but pulls back before his bat breaks the plane of the plate.

He looks like a well-trained batter, this boy. Like he has spent many nights behind his house with some sort of a father figure swinging at the slow lobs that cross past his belt, occasionally making contact, and laying off the rest. He has been taught the virtue of patience, this boy. Of waiting for his pitch. Of letting his body become a recitation of the movements he has practiced day in and day out, bat in hand or not: while standing in line with his mother at the supermarket, while walking home from school after missing his bus, while standing in his living room watching Rondell White in his only year as a Cub jack one of his 17 home runs that season over the Ivy: his right heel dug hard in the ground, hands clasped at his ear, right elbow rigid, forearm perpendicular to his imaginary bat: then a rocking back, and then an explosion.

Even when he cannot pantomime the posture, the explosion, it is there, always in his mind: not a memory so much as a presence that floats in the space between his body's other actions so that, in the absence of those other actions, it can emerge: in the same way an old dream will come back, seemingly from nowhere. And yes, it comes back, seemingly from nowhere, takes him to a field, stands him at a plate, and bids him to wait until he sees a flash of white: a release. Even at night he holds it in his mind like a prayer: in any scenario he can imagine the action is the same: the holding, the explosion, the holding, the explosion. The only variables, of course, are timing and location, two things he ignores, leaving them to the part of his brain he cannot touch to reconcile at the last moment.

He has not been told how faith plays a role in this scenario. He has not been told how luck is a function of an unknowable pattern that will go on to govern more of his life than he could ever possibly imagine, or that failure, like success, is an accumulation, how repetition can establish itself beyond any individual practice, or how forms do not exist beyond their functionality: he is a boy, standing in a field, and a boy who's brain has just fired the same synapses it did the first time he picked up a bat and swung it.

Sertaun looks down at the boy. The boy looks back, and then he smiles. And Sertaun, who cannot help himself, smiles back, before standing up and pointing in my direction.

Caleb Curtiss teaches high school English in Champaign, IL. His poetry has appeared, or will appear soon, in such journals as New England Review, Hayden's Ferry Review, Redivider, PANK, and The Literary Review.