The Fan Explodes Before We Go to Chicago 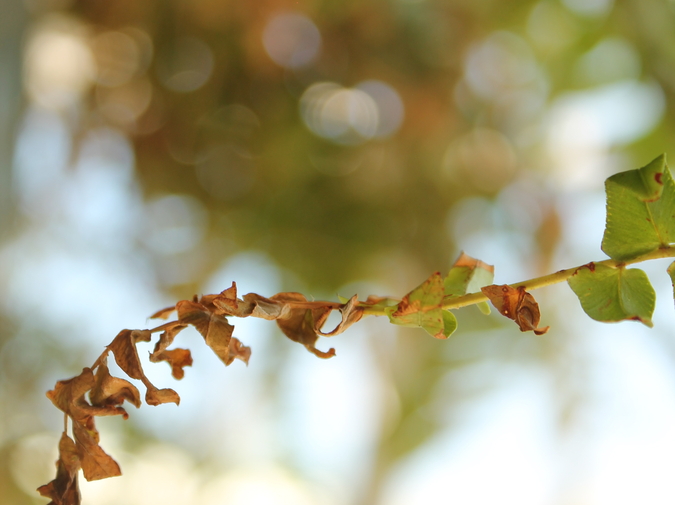 Before she left for Avignon, before we left for Chicago, she said, “I miss my nephew. I miss Joshua, and I want a baby.” The sycamores in Clark Park moved in close. There were three Ethiopian kids tossing a Nerf football. It was blue and I coughed the pollen from the sycamore leaves.


She wrote to me from France. “It is very hot,” she wrote, “and the woman I live with washes my clothes and she tried to feed me a rotten egg yesterday. My clothes are sour and there is a theater festival going on. There are lots of people in the streets and lots of colorful posters. I miss you.

She wrote other things I can’t remember.


There were times when I was lonely but I wouldn’t have called it that. Mostly I was hot and there wasn’t enough air conditioning. I took care of some cats and a house in West Philly not far from the park with the Ethiopian kids and the sycamores. The park was not the only place the sycamores were. There were sycamores on the little patches of grass between the sidewalks and the streets. The sycamores were everywhere.


She blushed at the airport and on the way home I told her about Animal and the storm that broke a tree that was not a sycamore and how the cats tiptoed around the garden with the broken tree in it like there was snow on the ground. But I told her there was not snow, there was only heat. She hated when I whined and she told me. She also told me again that she hated air conditioning although she had told me before. She said, “You are a baby.” I said, “You were hot in France,” and I turned off the interstate with all the confidence in the world, and if I could do it over again I would have brought her purple flowers.


She said when she flew she didn’t know where she was. For a day or two she would be in two places at once or somewhere in between. She would not be in the place where she needed to be. Me, I had problems with packing and that morning we were leaving for Chicago and the night before we had talked about the baby. I said, “That’s crazy. You’re crazy. We have no money and you have six years of school. What about all that school?” She had this thing about being called crazy and when she came out of the shower with that white towel with the ivy around the edge wrapped around her body and tight at the chest, she stared down at my clothes stacked and folded there beside her bag. She hated the air conditioning, I already told you that, and it was on and making noise. She said, “Why didn’t you pack?” She said this with her eyes squinted like Animal. There was a box fan blowing the air conditioned air around. Outside there were Ethiopian kids throwing a Nerf football in the park. The football was blue under those big sycamores with their leaves with the pollen on one side.

I loved watching her dress, but I looked at the fan.

Anne said, “Your mom probably packed your bags for you. I’m not your mother,” she said.

I stared at the fan and I wanted to look at her because that’s what I loved to do, and the Ethiopian kids were awkward with the football and there is no connection, so don’t even try. I heard her zip her jeans. That’s what I remember hearing but that cannot be true because of the air conditioning making all that sound and the fan doing the same. But it is true. I heard her zipper and she said, “Please remember I am not your mom.” And I walked to the fan and kicked it against the wall and when it dropped to the floor I walked over it and stomped it and stomped it, and while I stomped it you would think that I wasn’t worried about the neighbors but I was.


Twenty minutes later we stood waiting for the Green Line trolley and sweat ran down my face and if Anne raised her arms you would see the sweat that had soaked into her purple T-shirt. I held the bag and the park was right behind us and there were no kids in it. There were the sycamores with their leaves, but the kids were not there. I made those kids up.

Lex Sonne’s fiction has appeared in Eleven Eleven, Night Train, Knee-Jerk, New Madrid and elsewhere. A collection of his short stories will be published by Lark Sparrow Press in 2012. Currently he is living in Louisville, Kentucky and working on a new collection.