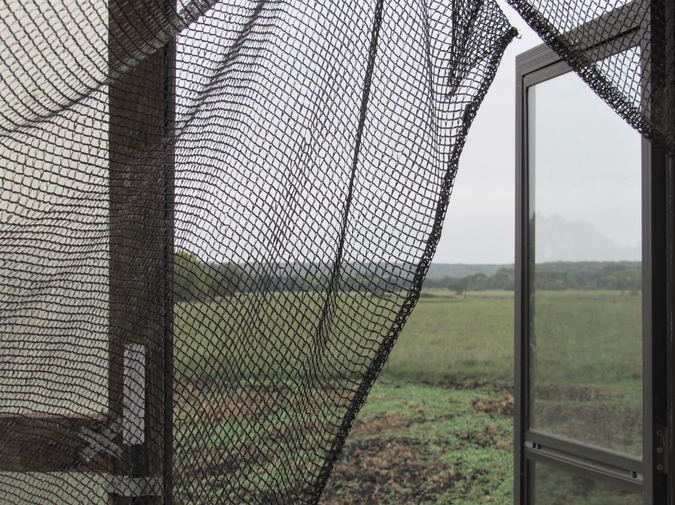 It’s from a distance that I see them, and they look exactly like what they are: late-middle-aged used-to-be-but-still-are musicians disembarking from a small plane in the middle of a Kansas farm field at 10 AM. It’s colder than it should be for the first week in October, but sometimes this happens: 80-something one day and 40-something the next, with a wind that blows the dead corn beyond the airfield sideways, and too bad if you aren’t expecting it.

I’m in a mini-van that I never wanted with four children under six, two of them mine. For the Midwest, I’m the old mom who had kids at 36 and then 39, but look at me, I’m still blasting “Beatnik,” with the heat on high and fuck the environment because we are all cold and some of us are toddlers.

The manic organ on repeat makes the van rattle, and the Kilgour brothers are singing like people who recently downed handfuls of gas station diet pills. It’s music to scrub your brain, to run you up against walls, in a good way.

My daughter and her best friend yell “Beatnik” back and forth while the actual band members roll bags into a waiting car that I follow past old farm houses and then over the river bridge where the vultures dream their last dreams of dead Kansas things before flying some place warmer.

Did I intend to stalk the New Zealand primitive punk band in town for a one-night music fest sponsored by Scion? Not exactly, but I’m the mother of small children, and sometimes you just fill the hours.

I lose track of their car and head to the coffee place where I buy all four kids frosted cookies. A mom with her own toddler says, “You’re not making it any easier for the rest of us! Cookies in the morning?” But isn’t all American breakfast flour and sugar, and mind your own business anyway. I put in my earbuds, and we camp out in front of the windows that are frosted over with everyone’s exhales.

Drink:
For you: Irish coffee because it’s morning and cold and well just because
For the kids: water that they dump multiple raw sugar packets into

Amy Stuber's work has appeared in many journals, including most recently Wigleaf, Joyland, The Southampton Review, and American Short Fiction. She's an Assistant Fiction Editor for Split Lip Magazine. She's on Twitter @amy_stuber_ and online at www.amystuber.com.