The Boy Down the Street Dies by Suicide 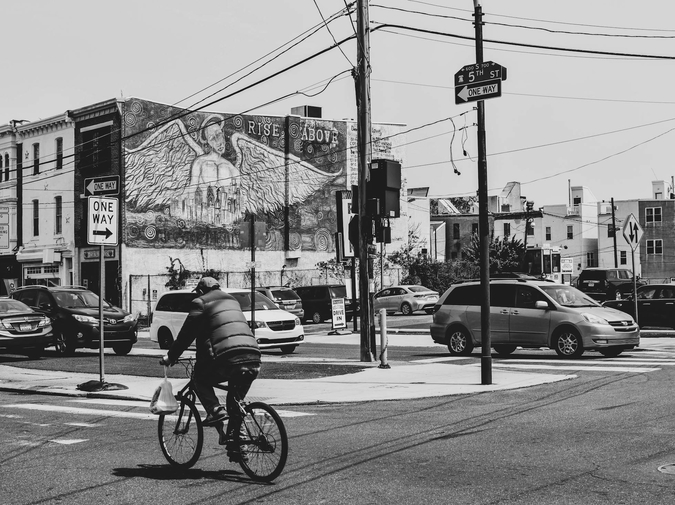 In the ninth grade, I learned that you say “hanged” and not “hung” when describing the way the boy down the street died by suicide. My creative writing teacher delivered this lesson to me after class, with a gentle hand on my shoulder. The boy’s name was Josh and he had just twelve years of life within the still-growing bones of his petite frame, though he wanted you to think it was more, thrust his chest out as if it was more.

He had knocked on our door one day, a surprise, as we lived on Route 7 and there was no shoulder on the roadside to walk, no sidewalk, just a sharp drop down to a ditch on either side of the stretch of road between our house and his, so no one ever came walking up to the house, knocking on the door. It was bold, I guess, to just go knocking on a stranger’s door just because you saw some kids in the yard and you wanted to play. Bolder still, to navigate the steep angles of that ditch for almost a mile. We had no need for an extra friend, my brothers and I; we had each other to play with. And plus, he was younger than us. But he was sweet, and he seemed desperate for connection, so we said sure, come on in. I imagined his boyish legs in his too-big thrift shop jeans balancing as he trudged along the ditch, which was littered with empty coffee cups tossed out of car windows, remnants of fast-food containers, and an occasional shiny hubcap. One time he came through the ditch in the rain, carrying a plastic bag with a clean pair of shoes under one arm, so that he wouldn’t drag the ditch’s mud across our mother’s slate floor.

Sometimes I question whether I imagined Josh’s existence, because he was in our lives for such a short time, a spark of a cigarette butt burnt down to the filter before being flicked into the ditch and extinguishing itself. It was only one summer that we knew him, that he came through that trench to see us every few days and played in our tree fort and used our homemade zip line and fed carrots to the box turtle we had caught in the woods. My older brother sold him fake weed, had bundled up some kitchen spices–oregano, I think–in plastic wrap and charged him twenty bucks. I’m pretty sure Josh knew it was fake the moment he lit it because he said his parents had marijuana and cocaine and a bunch of pills all around the house and we didn’t know what we were talking about when it came to that sort of thing. But he smoked it anyway, probably didn’t want to risk our friendship over it.

I have a t-shirt of his. I saved it in my special box of sentimental things, next to the first love letter a boy ever wrote me, the embossed paper tickets to my prom, and a paper from my creative writing class where my teacher scrawled a note about how I should pursue writing further.

He usually wore a different shirt, so the blue shirt wasn’t even one I remembered him wearing. The shirt he usually wore was an old white undershirt he took from his father’s dresser. He had painted an oversized smiley face on it with a harsh sharpie, but that was the shirt his parents had him buried in, so I couldn’t keep that one.

Our mother took us to the viewing, and we saw him lying in the coffin in that white shirt with the uneven smiley face overtop a turtleneck. He never would have worn a turtleneck. It was a school day so after we said our goodbyes, our mother dropped us off in the school parking lot after asking us again if we were sure we were okay. I said I was okay because I hadn’t known anyone that had died before, especially not by suicide, and I wasn’t sure what okay meant. But I told my brothers once we got inside that I couldn’t stop thinking about Josh in that white shirt with the smiley face over the turtleneck and wondered why his skin color looked so different in death.

My dad still lives in the house we grew up in, so I drive by Josh's old house whenever I visit. The outside is the same, but the siding isn't as white, the grass isn't as green, and the house next to it has been razed to the ground, just an empty lot now. It makes Josh's house stand out more; I don't like it. I preferred when it blended in with the others. We never went to his house that summer, so I don’t know what the inside looks like other than what I imagined when I pictured him hanging himself in his bedroom. Some stained, beige carpet, maybe. A small bed to fit his small body. A ceiling fan. The ditch between our houses is gone, too, filled in with dirt at some point and blended into the landscape as if it never existed.

I am forty years old now and have kids of my own so it’s probably time to throw the t-shirt away. I’ve tried to, a few times, but I always tuck it back into the bottom of the box. It’s important to me, to keep that remnant of his life, because it seemed Josh felt he was disposable, and I just need to keep a piece of him undisposed of.

Annie Marhefka is a writer in Baltimore, Maryland, where she enjoys her daily crossword puzzle, boating on the Chesapeake Bay, and hiking with her kiddos. Her creative nonfiction and poetry have been published or are forthcoming in Pithead Chapel, Versification, Sledgehammer Lit, Anti-Heroin Chic, and Corporeal, among others. Annie is the Executive Director at Yellow Arrow Publishing, a Baltimore-based nonprofit supporting and empowering women writers, and is working on a memoir about mother/daughter relationships. You can find Annie’s writing on Instagram @anniemarhefka, Twitter @charmcityannie, and at anniemarhefka.com.