THE BACKSTORY IS [NOT] THE STORY 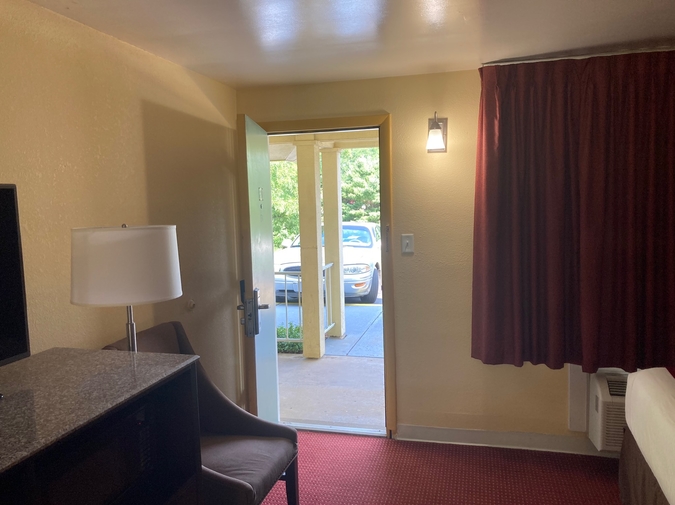 This is a story you’ve heard before. There’s a girl, let’s call her a young woman, with [blond / brown] hair and [blue / brown] eyes. Maybe you say these details are unimportant, but you know how they can guide the course of a life.

We have a way to make you care about this girl. Let’s say: one night the young woman has [a half-dozen shots of incomprehensible sweetness and implausible names: Birthday Cake, Buttery Nipples, Rose Lips, etc. / a single beer from a pitcher shared with friends]. When she leaves the bar, alone, it is just [before / after] midnight. She steps outside, one of the streetlights is broken and she walks into the shadow of its non-light. An absence of light can, at times, be a physical thing. She walks fast because [a man is following her so close she can hear the rags of his breath / it is raining]. In one backstory she will have motivation, pain, tragedy. She will be a girl crumbled on the sidewalk, vomiting. She will be a girl in a hospital room, trying to recall any detail the detectives will find both believable and helpful. In the other backstory, there is no backstory; she is only a woman with hair wet from the rain.

A man, you know, has choices: he has [cold relationships with his parents / a broken engagement / war / work / a beloved dog]. One or all of these. For a woman one backstory will prove more than enough, and we can bypass the uncomfortable details—benefit from the emotional resonance without the attendant challenges of deciding what to [show / not show]. Hair [muddled with dirt and blood / dampened black]. If our backstory presents us with a true challenge, it is only that you might ask, “Why wasn’t the backstory the main story?” Because [this would require we confront our essential lack of interest in the girl’s experience / there is nothing interesting about a woman caught in the rain, if the rain is only rain].

Her story, anyway, can take a direction once we’ve established her character. She is [haunted by her past / never caught without an umbrella]. She struggles to [establish a meaningful relationship with the {tender and kind-hearted / brooding / artistically unkempt / professional hockey-playing} man / go outside when the forecast suggests a greater than 40% chance of precipitation]. You see our challenge—that in the second story there is no reason to care about the woman. Because one time a thunderstorm wrinkled the pages of her favorite book (what was she doing carrying an unprotected book)? Because one time she ruined her suede boots by stepping into a snowdrift (who wears suede boots when it’s snowing)? Because one time she had to lock her phone in a bag of rice after dropping it in a puddle (who uses a phone in the rain)?

So we have a girl who has the only story, really, it’s possible to have, a story in which she is mostly without fault but there’s a little bit…you know, just a touch…a glimmer of fault…so as you read you can think, “I wouldn’t have had those shots, I’m strictly a beer woman.” You want the best for her, though. You are glad her backstory exists only for her, that this is not the type of story in which she is only the impetus for the story of [the man who found her body / the friend she left behind / her parents / her boyfriend / the police detective / her murderer]. In our story she can wake in the morning to [a life newly resonant with meaning / sheets damp from the window, left open]. Which version do you prefer?

Ellen Rhudy lives in Philadelphia, where she works as an instructional designer. Her fiction has recently appeared in Split Lip, New Delta Review, and FRiGG, and is forthcoming in Story, Monkeybicycle, and The Best Small Fictions 2020. She'll be joining Ohio State's MFA program in the fall. You can find her at ellenrhudy.com, or on twitter @EllenRhudy.