The Art of Fiction the Excuse 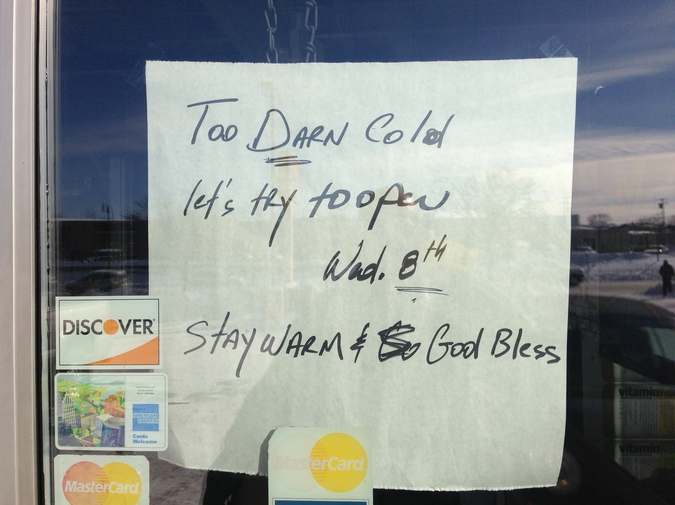 Once I was cool, things would be easy. I’d know how to put on eyeliner correctly. I’d know what music to like. I‘d know the right thing to say at parties. My friend Jeff sticks Post-it notes on his bookshelves that say “MEGAN GO TALK TO SOMEONE,” because at his parties, I stand there, nursing the same plastic cup of Maker’s Mark and reading all his book titles. Then I count how many the’s were in all the titles. Then I count the e’s. Then it’s time to go home—alone. I haven’t spoken to anyone—again. Because whenever I try, I’d panic—this choking, squeezing electricity wrapping my limbs like vines.

Once I got a boyfriend, I would not have to have sex with people I shouldn’t be having sex with; unless, of course, I wanted to have sex with them, which is sometimes the case. Sometimes we’re lonely. Sometimes we’re drunk. Sometimes, it’s the only way we know how to heal. Other times, we’re bored. So bored. Bored out of our fucking skulls with the day-in/day-out, nutsandbolts grind of go here, do this, drink that, did you get that file? I sent it to you, did you get it? Please read the entire email. Please don’t click reply all. How’s about I Google that for you? How’s about I cancel the meeting at the exact time it’s supposed to begin? How’s about I do the thing that is my job, and you do the thing that is your job! Then all the jobs will be done! It’s like magic!

Once I lost weight, I’d be able to wear tank tops. I could finally get the tattoo I want across my shoulders because my arms would be nice; not ripped like Linda Hamilton in Terminator II, or Angela Bassett in anything (Dear Angela Bassett: I love you. Please be my best friend, my personal trainer, and my mentor in all things), but nice—enough to wear tank tops, to show off my tattoos, to not be anxious about mirrors, cameras, camera phones, or cute girls who tell me how much they love my hair and/or purse and/or shoes.

Once I finished my MFA, I’d have time to read all the books I was supposed to be reading. I’d have so much extra time!

Once I finished my MFA, I’d have time to write the book I said I was writing. I’d have so much fucking time.

Once I got a book contract, I’d be set.

Once I got a boyfriend, I’d have someone to put in my window air conditioner. Most of the stuff that gets attributed to guys—stuff like power tools, carburetors, guns, ants—I can do all that by myself. But summers in Chicago? They’re brutal; brutal and gorgeous, like we’re all walking around in a sexy, steamy Def Leppard video, and no matter how much Gloria Steinem I’ve read, no matter how much bell hooks, those window air conditioners are still fucking heavy.

Once I’ve read enough bell hooks, I can start to examine my own privilege. Also: Audre Lorde. And W.E.B. DuBois. Baldwin. I need to educate my own damn self about the experience of race in my own damn country. I need to acknowledge what I’ve received that I haven’t earned. I need to own that it won’t be a one-stop shop, but rather an ongoing conversation I’ll be having with myself for probably always. I should take a class on critical race theory; gender theory, too. Then, I can get started. Then, I can dig in. Then, I can look in the mirror. Then.

Once my CV was as good as his CV, I could apply. All I needed was more workshops. And panels. And awards and honors and service. Oh, and writing. Once I had time to get some writing done, I’d publish it and put it on my CV, and then it would be as good as his and I could apply.

Once I formatted my CV, I could apply for that teaching gig. NEED GOOD FONTS.

Once I got a teaching gig, I wouldn’t have to wait tables anymore because what I’d be paid as an educator would be waaaay more than what I make serving pancakes. Plus, I’d have health insurance! All teachers get health insurance, right?

Once I hit that elusive point in my freelance career where I no longer had to accept pro bono work to establish my credentials, I wouldn’t have to say yes to everything. I could be selective. Only projects I cared about. The ones that made my blood boil. Passion—that’s the word.

Once that happened, for love and for money would mean the same thing.

Once I paid off my loans, I’d be able to start saving for retirement. An IRA, right? Or something. I don’t want to eat cat food when I’m old.

Once he was no longer my student, I’d be able to think about him in that way.

Once we’d been together for a month, I’d be able to trust him.

I’d know after a month, right?

Once we moved in together, I’d be able to trust him.

Once he proposed, I’d be able to trust him.

Once we got married, things would be easy. Everybody would stop asking us when we were going to get married.

Once we owned a place, I could have central air conditioning. I could have central air conditioning and built-in bookshelves that go up to the ceiling, like something you’d see on bookshelfporn.com. Maybe there’d be a ladder up to the top, on wheels so you could slide it around. My friend Maggie and I were looking at bookshelves with ladders just now on the Internet, and it said they were made by the “skilled hands of German artisans.”

Not gonna lie: that got me a little hot.

Once I got pregnant; once the window in the little plastic stick turned pink; once I took a second test to be sure, and that one turned pink, too; once I called the doctor to verify, and she couldn’t see me ‘til later in the day, and I drank like nine bottles of water in the coffee shop next door to her office, so when I finally did the pee test it came out all water, and she couldn’t tell, so she drew blood; once she called the next day and said, yes, it was true—all those months, and now it was true; once I showed the stick to my husband, and he put both fists in the air and yelled, “I am the captain of the swim team!”; once I could stop counting days on that ovulation calendar and stop locking myself in the bathroom for the fast, private cry I allowed myself month after month when my period came; once we knew that the baby was a baby, that it was healthy and growing and normal; once this thing I so desperately wanted had finally, finally, finally happened—I would totally know what to do next.

Once he was born?

I’d know what to do then, too.

Once he was born, they could get the tumor out of me.

Once they got the tumor out of me, I would travel more.

Once we paid off the condo, we’d be able to travel more. New Zealand. Tokyo. Melbourne. Maybe somewhere with a pristine white beach and pristine blue water, like you see in movies or television commercials. By then I’ll be in my seventies, but who gives a shit?

Once we sold the condo, my husband could quit his job and blog full-time.

Once we did a short-sale on the condo, I could quit the one job I didn’t like and only work the three jobs I did like.

Once I got a second book contract, I could quit all the jobs and write full-time. One more book contract and I’d be set.

Once we walked away from the condo, I’d be able to have a desk. We’d rent a new place—rent, not buy; I’ll slit my wrists before I’ll buy again—with lots of space, and I’d have  somewhere to work that’s all my own. I could hang up my own stuff! Art and postcards and Post-it notes with ideas and plans. Plans! I could actually plan out a book instead of piecing together all the little bits I write on the L, or stuck in traffic on Lakeshore Drive, or in the coffee shop, or while my kid is napping. While my kid is napping, I’ll go sit at my desk. I’ll be able to think. No to-do lists, no distractions, just me. Just… shhhhhhh.

Once my kid went down for a nap, I’d read all the books I was supposed to be reading.

Once my kid went down for a nap, I’d write the book I said I was writing.

Once my kid stopped napping, I’d be fucked.

Once my kid started school, I’d have time. I’d have so much fucking time. Time to sleep. To travel. To think more fully about my teaching, instead of during the five minutes before and after class. To order those special seeds for the vertical window garden we backed on Kickstarter. To read more books. To buy new pants. To go to yoga more often. To get my work done during the day so I could be more fully present with my son: going for walks, building Legos, discussing the part in Honey I Shrunk the Kids where the ant dies, discussing the part in Symphony City where the girl gets lost, discussing everything.

Once my back healed, I could go to yoga.

Once I lost weight, I could start yoga.

Once I could fit into those cute Lululemon pants, I could start yoga.

Once we got my meds right, maybe I’d lose weight. Maybe I’d be able to sleep. When my doctor first told me my THS levels, she said, “I can’t believe you didn’t know something was wrong! Aren’t you exhausted?”

I told her I have four jobs.

I told her I have a five-year-old kid.

I told her I was trying to write.

I told her something about “America in This Day and Age,” but I’m not sure what I meant.

I told her that I was lucky.

Once we got our credit back—

Once I found those shoes that were re-pinned a gazillion times on Pinterest, but the link didn’t take you to a place where you could actually buy them, everything would be okay.

Once we paid off the IRS, everything would be okay.

Once I have a day off, everything will be okay. I’ll take my little boy to the beach. We’ll lie in the sand and stare at the sky. He’ll ask me a thousand questions, many of which I won’t be able to answer. He’ll say, “But you’re the mommy! Mommies are supposed to know everything!” and I’ll say that all I can do is the best I can, and he’ll pat my shoulder and say, “It’s okay, Mommy.” He’ll say, “You’re still the best mommy.” He’ll say, “We can always Google it.”

My oven is schkeevy. I should clean it.

Shit. Some of the schkeeve got on the floor. I should clean it.

The kitchen floor is connected to the floor in the rest of the house; I should clean it—I can finish this essay tomorrow. It’ll still be here tomorrow, right?

Megan Stielstra is the author of Once I Was Cool, an essay collection. Her work has appeared in The Best American Essays, The Rumpus, PANK, and elsewhere, and her story collection, Everyone Remain Calm, was a Chicago Tribune Favorite of 2011. She lives online at meganstielstra.com.