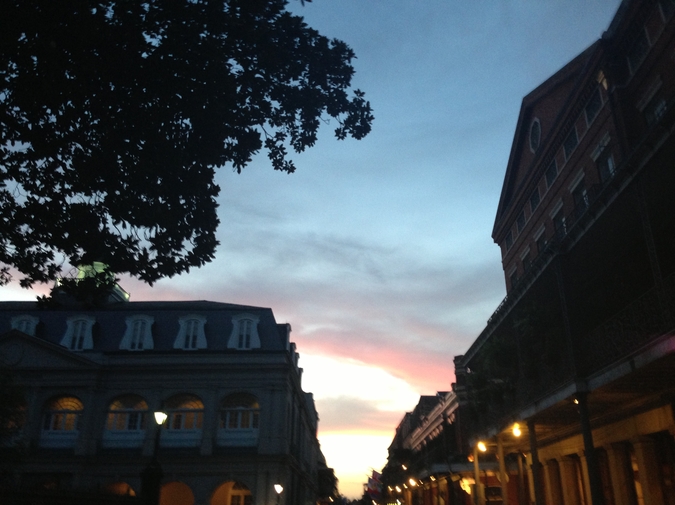 The tornado craved fame. Snug its supercell, drinking in warmth, the young cyclone could practically taste the kitten it would pluck from a windowsill and cradle in branches, its white fur pristine save for a lick of mud on its nose—the tornado’s signature—all of this, mind you, while toothpicking barns and milkshaking cows and scrambling countless coops. The tornado would explode shoe closets, festoon fences. It would pop ears of corn on the stalk.

Its swath would be one of charming collisions. The paparazzi would dodge peony petals and pose by a tower of playground slides. The tornado would be known as An F4 With Finesse!

Of course, the dreams of cyclones are as changeable as, well, the wind. But please understand: the tornado did not seek mayhem. Other tornadoes wanted the worst kind of attention. They stabbed, they pulverized, they orphaned. They aimed for zoos and hospitals, stadiums and traffic jams. You could hear it in their brutish roar: OBLITERATE.

Not you, tsked the supercell. Your greatness does not arise from the suffering of others.

Also, the tornado did not seek justice. Some tornadoes spun statements: The stones unearthed for your black-bottom pool? Requarried. Your windows? Sand. What you disturb, I shall restore. The swaths of those self-righteous storms bloomed with sunflowers and kale.

Nobody likes a scold, said the supercell, hailing stones the size of baby heads. A lucky guess, since the supercell could not measure an actual baby’s head.

Now the supercell spat icy downdrafts. It inhaled steam from drenched summer roads. Go, it thundered to the cyclone. Show them what you’re made of.

The tornado dipped into low green skies. It touched the ground. The earth was sharp, surprisingly so— for what can a cyclone know of edges? The tornado curled into a question mark, like the mystery of tornadogenesis itself: Will you dissolve into wisps, withdraw? Will you rage?

Time was short. The supercell plumped it with lightning, rain, and the tornado dropped to the treeline. The tornado stretched its throat. It tasted breakage. It tasted a hundred years of sunlight, the scars made by lesser storms, lightning char. It tasted the dark death of heartwood, the snap of saplings, roots and soil, fur-lined burrows. It swallowed the emptiness of sockets.

Who can predict how a tornado— young and full of itself— will funnel its velocity? Not the chasers with their cameras. Not the dots of Doppler. Not even the supercell who gives the tornado life. Who feeds it, and is fed.

And so the tornado feasted on the holes it made. It wanted to make more.

The speed. The swirl. The spread. The sound. Everywhere its roar, its width, its pull, its push, its force. All the tornado was supposed to do or be simply was. It was everything and the absence of everything. As it consumed, it learned: the yearning in rooftops shingled by men too young to grow good beards. The weariness soaked into bathtubs. The outrage bolted into door locks. The terror squeezed into teddy bears. The anxiety paced into threadbare rugs and poured into flasks wedged behind textbooks. In one gulp, the tornado swallowed all the flirtation and humiliation of the city pool. The shame of locker rooms. The sweat of bean fields. The despair chalked into concrete courts in the prison rec yard.

Yes, the tornado could do better than kittens. It could absorb anguish, remove what those on earth believed already ruined. Benevolence pulsed its vortex. The paparazzi would be most grateful of all: Tornado Damage —or Woe: Be Gone?

It headed northeast, towards the airport, the endless echoes of Goodbye and Please Come Back.

Nearby was a wellspring of deep, maybe endless, grief. The tornado veered towards the place. There were rows of stones and new-mown grass planted with flags and plastic flowers. Below the lawn, the loam itself was layered with decades of torment. The tornado was drawn by the pain of leaving— and the anticipation of such pain.

Keep in mind: a tornado swallowing human sorrow would grow beyond all measure. How would it ever stop? It wouldn’t—unless something intervened.

Everything in this world must end, soothed the supercell, wrapping cold arms tight. The tornado choked. Stunned, it roped above the headstones, thinning, breaking up. Nothing more than unripe apples fell into its wake.

The sirens stopped and neighbors blinked in shafts of blinding sunlight. They stepped through broken panes of glass to find children, mothers, brothers, stepdads, teachers. They held onto one another’s rain-soaked shirts with everything they had. The paparazzi marveled: not a single road blocked, nobody injured, yet cars crumpled and buildings collapsed. In the end, the tornado was certainly A Fastidious F4!

Now, people hugged their pets and cleared debris, but no one talked about the storm. The thing they’d felt was just too strange to mention. How would they even phrase it? How did a person use language, that rude music, to describe the sheer elation when the funnel passed, that laughter in the marrow, that relief of pent-upness, the wash of— it’s impossible, isn’t it, when you’re huddled in your basement and the roof of your house unzips, to feel, well, something just like— pleasure?

No one knew what to say, so no one did. But the tornado made its mark. A child felt it as she walked outside, stepping in her father’s footsteps, holding her mother’s hand. She spotted brightness in the wreckage: a propeller blade bent into a smile, gleaming right at her.

What a mess, sighed her parents.

If the girl had the power to name the world, she’d have called it something different. She sat with her parents and sifted. They unearthed strangers’ photos and sorted them by hairstyle. They gathered, paired, mourned, returned. Every so often, they watched the sky for the quiet pink parting of clouds.

Rebecca Meacham is the author of Let's Do (UNT Press) and the director of the Creative Writing program at University of Wisconsin-Green Bay. Her fiction has appeared in Wigleaf, Paper Darts, Necessary Fiction, Indiana Review, West Branch, and elsewhere.