Someone Cleans the Bathrooms 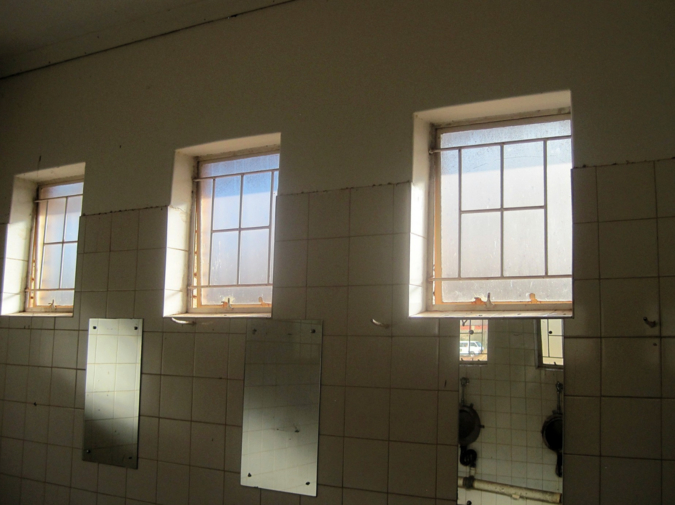 Glenn cleaned public bathrooms at beaches across Harwich, Massachusetts. He’d wake before four AM to collect the van from the Highway Barn, arriving at the first restroom before bathers pressed footprints into sand. The first hour occurred in near total darkness, the ocean slate gray, occasionally broken by white-caps. Sometimes he’d catch the sunrise. Sometimes it would slip by as he plunged a clogged toilet or bleached particle-board countertops. On good days he’d clean the stalls, restock toilet paper, sponge-down sinks, mop the floors, and take out the trash. On bad days he’d pluck swollen tampons from red-tinted toilet water, remove cellphones from brimming urinals, fight nests of wolf spiders, scrape curse words written in shit off stalls, and hose down puke from someone’s late night bar binge.

Regardless of the day, at least one vacationer knocked on the side of his van, or waved him down as he cruised through the parking lot, to repeat a variation of the joke, “Having a real shitty day, aren’t you?”

Glenn would summon up the energy to chuckle and agree, that yes, he was having a pretty shitty day. “Just look around,” he’d reply, sweeping his arm towards the swarm of out-of-state minivans and SUVs, trying desperately not to include the person making the joke in his reach. “Do you know how much fried seafood these people have eaten since they got here?”

Feigned good humor derailed further conversations. If Glenn had it his way, he’d sneak from one restroom to the next, unnoticed, never having to speak to another living soul. But it never happened. Some tourist always sighted his van, always waved him down.

Glenn kept tally marks on a notepad stowed in his cup holder, tracking each unwanted joke. By the end of August, there were over a hundred marks on the yellow paper. On a secondary sheet, he’d attempted to come up with clever retorts, but only a single line hovered at the top of the page, crossed out with red ink:

I’ve seen the carnage man leaves behind in bathroom stalls. That’s nothing compared to the sorrow he sows throughout the rest of his life.

He’d given up after that.

There was no meaningful comeback that wouldn’t get him fired, and Glenn really needed the job.

Corey Farrenkopf lives on Cape Cod with his wife, Gabrielle, and works as a librarian. His fiction has been published in Catapult, Redivider, JMWW, Cease, Cows, Cotton Xenomorph, Third Point Press, and elsewhere. His work has also been nominated for a Pushcart Prize and a Best of the Net Award. To learn more, follow him on twitter @CoreyFarrenkopf or on the web at CoreyFarrenkopf.com