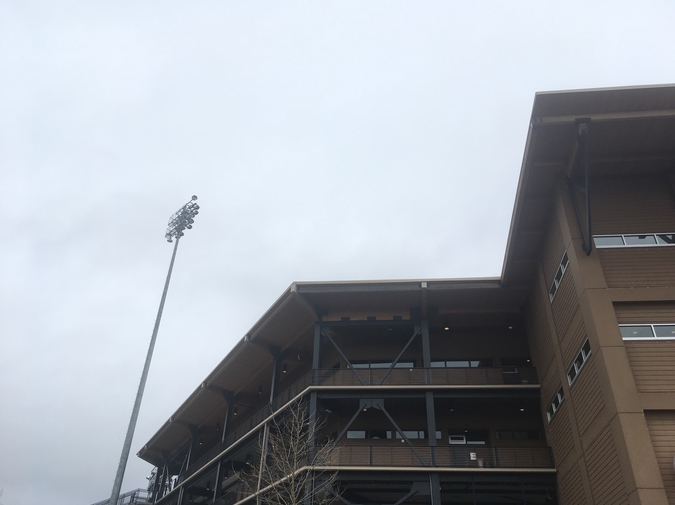 he grabs his mitt

and asks to shag flies.

is on the line tomorrow.

He gobbles them up, whips ‘em back,

all gameface and dives a day early.

He struggles catching to his left, refuses

to just open up and stick his mitt

out to his left. He tries it

at last and of course it works—

And I throw it again & again.

I don’t tell him I’m going to

and I heave one high.

Later I’ll tell him that in baseball

you never know where the ball

will go so you have to be ready

for anything because you only know

that it will be pitched. You

have to wait, only knowing that

eventually the ball will take flight and

Eventually it all will take flight and

He squinted into the June sun.

He parsed cloud and maple leaf

and the pinpoint of baseball

period then iris then nickel then

Then a cloud of dust

popped from his mitt

Mitchell Nobis is a writer, educator, and aging pickup basketball player. A Philip Levine Prize semi-finalist, his work has appeared in or is forthcoming from English Journal, Rockvale Review, Ponder Review, STAND Magazine, New Plains Review, and others. He co-authored Real Writing: Modernizing the Old School Essay, a book for writing teachers. Find him at @MitchNobis or in Metro Detroit where he is breaking his sons' hearts by teaching them baseball.