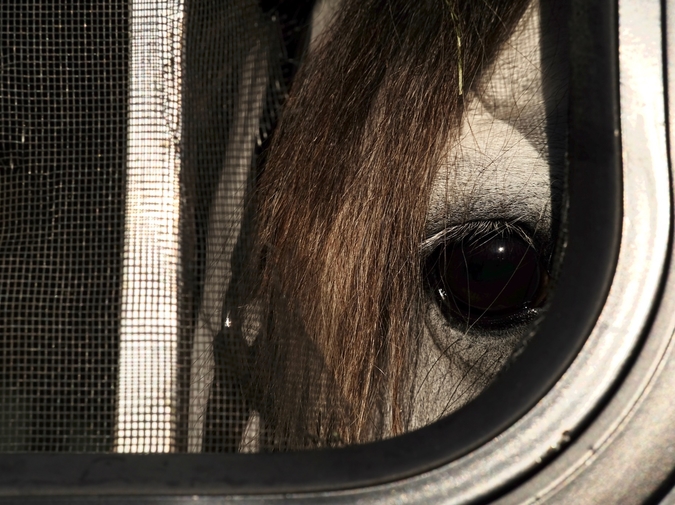 Immediately before Jesse was fired, he was imagining a stadium full of batters, all swinging at the same time. He had been building up the fantasy all morning and it was to the point where he could hear the bats, dozens of them, cracking in unison before slowly falling out of sync. As the rhythm of their hits drifted apart, the succession of sounds initially created a slightly woozy sensation, but soon provided the illusion of a single sound; as if it was one perpetual ball being hit by one perpetual bat.

He was listening to its imagined symphony, briefly allowing himself to close his eyes, when the assistant manager walked in. “Hey pal,” the assistant manager said, “can we talk in my office?” Jesse opened his eyes, annoyed by the distraction. He had grown used to spending most of his work day involved in these concoctions, and had begun to believe that he was entitled to them; that, if it came down to it, he could make a case to the union and the union would back him up.

Jesse didn't care for the adulthood that he, by some accident of time, found himself in. He had a few of the things that fooled the casual observer into thinking they were dealing with a grown man—useless gadgets, a five o'clock shadow, shirts with buttons on them—but in recent years he had given up the ruse and had reverted, at least internally, to the one thing that had made him happy as a child: baseball. Both the game and the cards through which the game's players could be gathered. In his accidental adulthood he had a desk job at the state, allowing him countless daily hours to conjure images, loops of moments, scenes that were endless and perfect.

A left fielder's diving catch in slow motion, for example—so slow that the mid-air movement was nearly imperceptible. Rare rookie cards being pulled from behind glass cases, one after another. The graceful, yet confusing shapes of a pitcher's body, compacting and releasing, releasing and compacting, over and over.

When Jesse was younger the game seemed almost flawless in form, a distillation of everything right in the world. But now it came off as ugly, too human, slow in all the wrong ways. Once or twice a week he would watch highlight reels just to keep up, to have something, anything, to say to his co-workers. But he was more interested in his imaginary highlight reel, one he could speed up and slow down in ways others would find confusing and unnecessary. When his co-workers inevitably redirected conversations away from the game and began speaking about their wives or husbands, their children, the real estate market, Jesse would imagine peeling back the metallic center line from pack after pack of cards, or time stopping for a ball to fly—easily, without question—over the center-field wall.

His co-workers were people who had proudly peaked in high school, and who now seemed sad and exhausted, trying too hard. All of the men had mysterious injuries and two or three of them would use the phrase if it wasn't for my back when discussing sports, as if they had been working their way up through the minors before the weight-lifting accident, before picking up the box they should have asked for help on. When he would symbolically wash his hands in the bathroom after these conversations, he would once again be surprised that the reflection in the mirror looked like the others—the hair line, the cartoonish bags under the eyes, the shadows that lined the cheeks.

But away from the mirror he felt like he'd missed a step; one he was uninterested in, but created a difference that was difficult to ignore. He had no interest in the owning, the reproducing, the ladders that led up. His apartment resembled his childhood bedroom; posters on the walls, a half-dozen magazine subscriptions that gathered in piles, a wealth of small trinkets he liked to organize and later reorganize. He had no desire for pets, or partners, or nice meals. Only muddy slides into home plate and catchers tagging out out out.

In the assistant manager's office, Jesse was informed that he had been watched for some time. His employers and co-workers had observed him sitting for hours, completely still, and made note of it. “It would be one thing if you were checking your personal email,” the assistant manager said, “or in some way—in any way, really—presenting the image of being busy. But just sitting? That brings morale down.”

Jesse felt violated and, though he thought it was unlikely, he worried his employers had at some point looked into his vacant eyes and caught glimpses of his private fantasies. He thought of his go-tos, his standbys, the ones that he pulled up on days where his mind was tired. Batting statistics printed on ticker tape and raining into his cubicle from the paneled ceiling. Digging up trunks of tobacco cards, perfectly preserved, while making a sandcastle on the beach. The game being played at dusk, perpetually; never fully getting dark. He couldn't stand the thought of being ridiculed for these tender places he traveled to so often, images he held so dear.

“We have to let you go,” the assistant manager said, and Jesse wondered about the phrase; about where, exactly, he was being let go to. “We hope this isn't so much an ending, but a new beginning; a chance to find something you actually want to be doing,” the assistant manager continued, using the voice people use when they're trying to trick others into thinking positively. “This is an opportunity, buddy. Find the thing you really love and do that.”

Temporarily fooled by the voice, Jesse tried to imagine what this would look like. He could learn to film, he thought, or edit film. Start a website of his creations, or work for a television sports network, perhaps. To bring the scenes out of his mind, as much as he could, and into reality. But he knew he didn't have the drive for any of it. And he didn't care to save his current job; whether through the union or old-fashioned begging, pleading, and empty promises. He didn't really want a job, or money, or even love. He was only interested in a world of slow motion heroics, over and over.

Joshua James Amberson is a Portland, Oregon-based writer and creative writing instructor. A regular contributor to The Portland Mercury, his work has also appeared in The Rumpus, Electric Literature, and The Los Angeles Review of Books, among others. A book of his flash work is forthcoming from Two Plum Press.