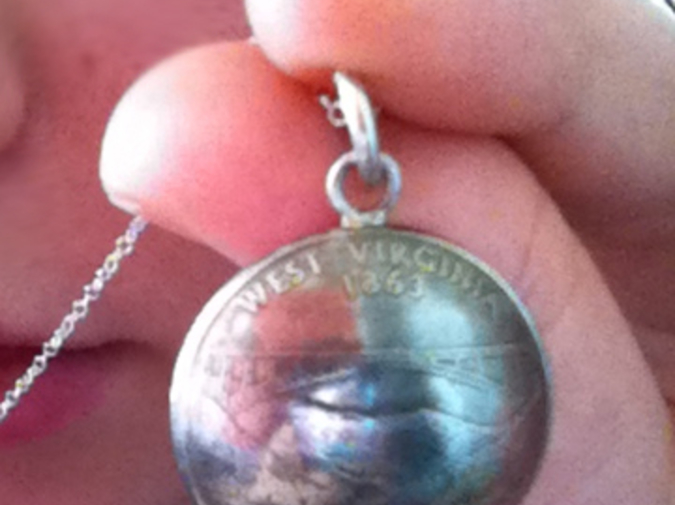 When your finger went missing, it was a Sunday. The street was asleep and so was I. You went to the bathroom and came back only slightly smaller.

"Have you tried retracing your steps?" I asked.

"Um." You kind of rolled your eyes and gestured a new four-fingered gesture.

Our apartment was two feet wide and three feet deep with junk. On the pillow I was filled with remorse for our clutter, our stuff, our life, the world. The pile of clean laundry in the corner had transitioned back to dirty. In a more minimalist situation, your finger would've stuck out like a sore thumb, though really, it was a pinky.

"Does it hurt?" I asked, embarrassed that this wasn't my first question.

"Not really," you said. You stopped and concentrated for a minute just to make sure it wasn't hurting somewhere else, somewhere you maybe hadn't considered.

We looked high and low and other places, too. We looked in the blender and under the covers and around behind the fridge. After the couch cushions were back in place, you sat on the ground.

And right when I said it, you lost another. It was there and then it wasn't. We were unsettled, so we watched an episode of something, and then read a chapter of something else. I helped you turn the pages. When you lost the third finger, things got out of hand. I didn't know what to say to make it better, and so I made it worse. Which come to think of it, is something I could stand to work on. Then the fourth, the fifth, the sixth.

I'm not sure how you said it, but you said it was my fault. We were standing on the roof getting some air. Monday was already creeping in around the edges of distant buildings.

"You're doing this to me!" I think you said, and then there was the part about me, selfish. "Where are you hiding them," you asked, "my fingers?”

I know you'll tell it differently, which is very much the point. You kept your secrets like a set of phantom limbs. This is the story of how I started making phone calls outside, on the street. How we ate dinner separately, standing over the sink in shifts. We were side-by-side, not arm-in-arm. You kept yourself just close enough.

Hilary Leichter's writing has appeared in The Southern Review, American Short Fiction, Electric Literature, n+1, Tin House, and elsewhere. She has received fellowships from The Edward F. Albee Foundation, the Table 4 Writers Foundation, and the New York Foundation for the Arts. She lives in Brooklyn, NY.