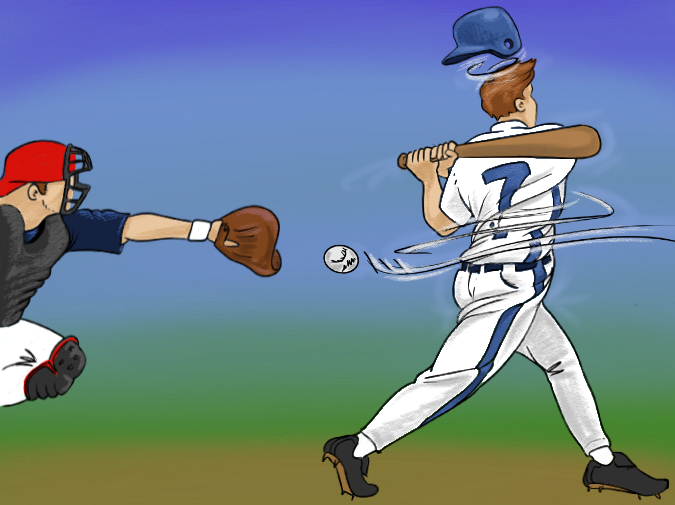 I know the game has passed me by
when I’m more interested in the scandal
than the sport.
I no longer know who’s in first or last place,
but through my personal losses, I’ve learned how
to let go and lose with humility
and grace.
But today there is intrigue in the revelation that
the batters wore wires taped to their chests
beneath jerseys identifying the city
they repped.
There is disappointment in the way their bodies were
privy to each pitch
by some videoman in a hallway who buzzed them
once for fastball,
and twice for off speed,
a stolen code alerting to the curveballs
life throws.

Because knowing the velocity of an object
headed towards you
doesn’t teach you how to live during dry seasons of
a swing and a miss.

I will marry my fiancée in a few months
and that is a pitch I never saw coming
because even the most sophisticated
technological advances
couldn’t have alerted me
that my next at bat after my divorce
wouldn’t be the final time I was able to
spit in the ground,
dig into the box,
and stare the pitcher down as if he knew
I’d be ready.
no matter what he threw.

Daniel Romo is the author of Apologies in Reverse (FutureCycle Press 2019), When Kerosene’s Involved (Mojave River Press 2014), and Romancing Gravity (Silver Birch Press 2013). His poetry can be found in The Los Angeles Review, [PANK], Barrelhouse, and elsewhere. He has an M.F.A. in Creative Writing from Queens University of Charlotte, and he lives and teaches in Long Beach, CA. More at danielromo.wordpress.com.