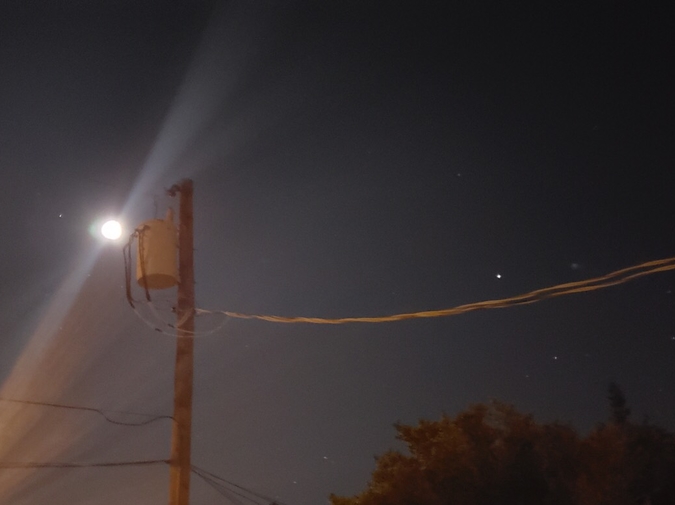 Amy lives right off Pike beneath a fire escape in one of the many alleys that connect to the street. She’s fifteen years old and loves Madonna. Mark tells her all about Darby Crash, and how he’s dead, but the Germs will live forever. He tells her New York is dead too and LA is where it’s at. He lives with her snuggled in a sleeping bag in the dry Albuquerque air a top a flat roofed abandoned building. “Well, LA is closer,” she tells him and so they make plans to hitchhike there. Amy sips from a can and enjoys the sting of beer in her cheeks. Mark huffs from an aerosol can. His eyes roll around for five seconds and he clenches his jaw. Amy has never tried it. She’s afraid of losing that much control. She left home at fourteen. Mark’s eyes straighten out and look toward her.

“I think you fried your brain.”

“No. I saw this light glowing out of you. Even with my eyes closed I could still see it,” Mark says.

Amy points to the streetlight overhead. She knows she doesn’t shine or shimmer. She once thought she would if she had the chance. After a week of being gone she called her momma and asked to come home. Her mom replied I don’t have a daughter which made no sense because she could hear her baby sister crying in the background.

Mark goes on and on about the light and begs Amy to believe him. He even starts crying for a second while looking at her face. It’s chilly and memories of things she doesn’t like to remember— in an Oldsmobile looking through the windows at stars somewhere between Flagstaff and the New Mexico border feeling like she was on the wrong side of the galaxy, a man with breath like Coors and cigarettes— keep drifting through her mind. “I want to see my light,” she says and reaches her hand out. Mark raises the can and puts it under her nose.

She breathes in deeply as Mark presses the nozzle, and it tastes like metal mixed with fingernail polish remover, but then she sees thousands of stars moving fast.  Dotted lines of light stretching and folding.  Stars at warped speed shooting through blackness. Her body’s gone and she’s one of the stars blazing through the sky. Her light ping ponging off of planets, a streak of shine dancing out beyond the Milky Way.

She opens her eyes and cups Mark’s face with her hands. “Again,” she says.

Kat Moore has micro fiction in Cheap Pop Lit. Her essays can be found in Hippocampus, Whiskey Island, Salt Hill, Split Lip, The Rumpus and others, as well as forthcoming in Brevity, Diagram, and Passages North.