Serve and Protect Yourself 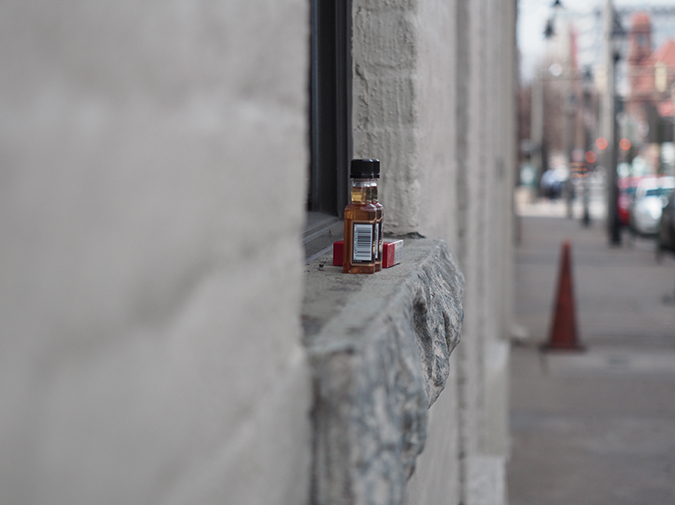 I was coming from meeting my ex-girlfriend for beers, or to return our stuff, or maybe it was for closure. Red and blue lights were already telling the neighborhood I had done some wrong. At this point, honesty seemed like the best policy.

A few years ago, when I was still living with my ex-wife because neither of us could afford to move, she got pulled over. The cop hung on to her car, but let her go. She only needed my help getting out of impound the next day. I suggested we both might need to think a few things over. We’re going to be out and about. We’re going to be in some spots we haven’t been in for a while. Let’s be careful out there.

I had my window down on the end-of-summer night, and I felt free. It might have been closure. I don’t know. I was alone, but I felt fine. My left arm flopped up and down through the air like a bird showing off flight. Actually, honesty probably always is the best policy. The officer put me on the street behind my truck. I felt the control. It didn’t feel good.

My ex-girlfriend had always told me I dressed too casually at work. After we broke up, I decided she might have been right. I bought some new dress shoes and some slacks. Now I was looking down at my tucked in shirt and the shine of my pants under the streetlights. I was watching my pointy black shoes fall from the line they were supposed to hold. It definitely was closure. I had made it a long time, but now I was caught. I was finally called out for my sins.

This guy in a book I read said his secret to drunk driving was to be invisible. My secret had been to be the cop. I’d drive like I was on the job. Like I was the one pulling people over. I’d keep my hands on the wheel and my eyes on the public. The whole serve and protect thing. Actually, honesty probably is the only policy. It’s pretty easy to see now. Easy to see how many problems I had had while thinking it was none the whole time.

He asked me what I thought the speed limit was, and I guessed ten too high. He asked about the blood alcohol limit, and I guessed two over that. It got me thinking about the cost of guilt. I compared some possible expenses to my daughter’s upcoming college bills and wondered if I was any closer to the right number. When I was twenty, I was hit by a drunk driver. I was lucky to walk away. After that, I lived like it had given me the right. I guess I’ve thought a lot of stupid things in my time.

After an unsteady walk home, in air that no longer felt like summer, I thought about calling my ex-girlfriend. I guess I wanted someone else to know what had happened. Maybe I needed more closure. I don’t know. She probably didn’t need any of that. I finally went to sleep with the feeling of being chased, but in my dreams, it was just me. I was all alone. In my dreams, I said to myself, I got my eyes on you, pal.

Al Kratz lives in Indianola, Iowa. He is a Fiction Editor at New Flash Fiction Review and writes reviews for Alternating Current. His work has been in Bending Genres, Bull, Cheap Pop, and was a runner up in the Bath Flash Fiction Award.