Self-Portrait as My Villager in Animal Crossing 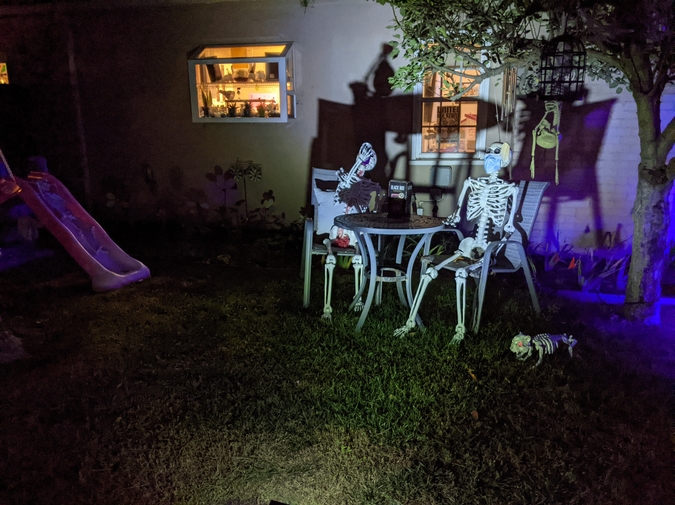 An island village that is like grace. I am wearing skin in which I’m not made to notice the most loathsome parts of myself. What does all this reverie amount to? I caught the only fish in the tiny pond that forms the pupil of the island, and when I came back hours later, there was a fish of a different species swimming as if it had lived in that water forever. Maybe someone put it there while I was gone. It’s more likely no one did. Here, there is no such thing as love, and yet I love. I am either stung by twenty bees all at once or none at all. Whenever they get me, my left eye swells shut, and although it only hurts a little, I still look strange. The recipe for the liniment calls for an empty bees nest that I have to dislodge from the crook of a tree branch by shaking the trunk. That usually ends up disturbing more bees, so you can see the problem here. I would like to say something more about grace, and a shirt the color of radishes my mother sent me with a note in which she writes that her arms are sore from waving at every plane she sees in the sky until it has flown out of sight, all the while pretending I am on it. I read the note before I turn in at night, then tuck it back into the mailbox, leaving it, like me, embalmed until tomorrow or some other time.

Jon Lemay is an MFA candidate at Syracuse University, where he is an Editor-in-Chief for Salt Hill Journal. His poetry has appeared or is forthcoming in Juked, Salamander, Bodega, Prelude, DIALOGIST and elsewhere—and his reviews have appeared in Barrelhouse and Poetry Northwest. You can find him on Twitter @yawnlemay and on Instagram @jonlemay, and you can find more of his work at linktr.ee/jonlemay.