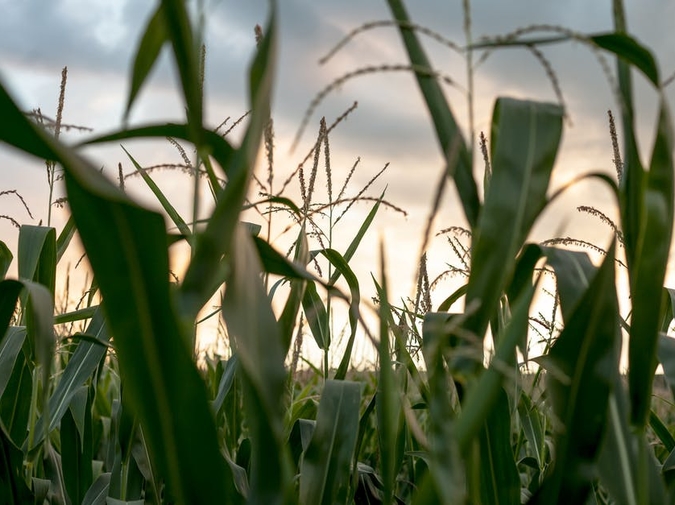 We are taking the Greyhound down there, and Ron bought us the whole row, three people deep, so we can spread out. I choose the window seat. My toenails are painted in Cha-Ching Cherry red and my feet are spread across his lap. Now this is luxury! He pats the top of my brown feet and his hands are shaking like someone with Parkinson’s. But he’s fine, sort of, no Parkinson’s—he’s just hopped up on Prednisone. When we board the bus, I am nervous to hand my ticket to the driver. I worry that she knows; that she judges me for letting this white man pay my bills, but she doesn’t notice us. Her badge reads, Hello my name is LaKeisha!, and she stamps our tickets with her eyes forward and her earbuds in, popping a wad of gum. In our seats, we go over the Boca action plan again, if this then this, and soon after, Ron falls asleep. I feel a knot drop in my stomach.

We were up talking every night on the phone before he brought me to see his mother in Florida. She lives in a Presbyterian retirement community with gates that keep people like me out. Me and Ron met on a dating site for wealthy men and twenty-something women. Me: a college dropout, broke, living in my sister Sheena’s house, sleeping on an air mattress, working remotely at a call center, and him: set with funds, too friendly, attentive, online doing nothing but talking to needy women like me. He hangs up the phone by saying, “Good night babe!” He calls me his “mutt” and “little hot thing.” He says he’s only teasing. He likes to chat on Yahoo! Email. He thinks I’d look good with a shaved head.

Ron tells me I have a lot of potential but I talk too much. I’ll be twenty-eight this fall, so my window is closing for a real career. The best way for me to get it going is to listen to him more. Ron’s expertise spans over twenty years in the media industry, he likes to tell me. He made his millions after he sold his start up business in the early 2000s. He says he’s seen all the gorgeous women during his time and I could be one of them if I really wanted to be. So, with his help, I am trying.

Ron is sick. He’s barely able to walk long distances, his face is swollen, and his neck is too. When we met in person two weeks ago at the Cheesecake Factory, he looked nothing like he did online. He coughs up phlegm sometimes into a seersucker handkerchief. On the bus, I keep his medicine bag with me at all times. I know what to do if he has a flare-up. I have his Epi-pen, his steroids, his inhaler. I keep the Benadryl, Aspirin, and Zoloft. I have Band-Aids, and Tums, and tiny bottles of Pedialyte. I have Turmeric capsules, and Dayquil, and puffy white pills of Ambien. Whatever he needs, I have. I got him. But I don’t know why he requires all this. And I don’t’ know why I’m here. And I don’t know exactly what’s ailing him.

The window feels nice and cool against my back. The ride from Nashville to Florida is twenty two hours in total, and we are almost halfway there. We have a stop in Macon soon, which I need because my foot is asleep and I have to pee. A man with big eyes sits behind us and talks to himself, loudly. He smells but I don't want him to be embarrassed that he stinks, so I turn my face towards the glass. Outside the window, the sweet-corn fields are high. They go on and on, touching the indigo sky and I want to stretch my leg out further, but Ron is now in a deep sleep with his mouth open and his palm looped under my shin. His breathing is shallow: rise fall rise fall rise fall. His breath catches and holds longer than normal and I sit up, alert, just in case. I put a finger over his nose to check but eventually he gulps the air.

Ron turns fifty-one tomorrow, but he looks fifteen years older than that. While his mouth hangs I look at his face, I mean, really look at it. His pores are large and he has red moles around the bulb of his nose.

I pull up the photo album on my phone with all the pretend party ideas I have for him. A Pinterest board filled with balloons and party hats and streamers. I wish I could buy him a big cake covered in pink fondant. Happy Birthday, Ron!! it will say in saccharine swirly font, just for him to smile. I want to make a moment with him and watch him eat big spoonfuls. In my imagination, I’m planning something grand for him in Boca. But I just don’t have the money. I scroll on my phone and I have six notifications, all of them from Sheena.

I’m sick of this shit Krystal.

She’s angry but I have to take this time for me. She knows I always come back after these things, and I need to have boundaries. That’s another thing he’s helping me with. Boundaries. I am getting better at naming my needs. Ron says I’m getting better with standing up for myself. I’ll be late on the rent this month again, but Sheena will understand. Ron says he’ll pay me on the way back from Boca. And besides, Sheena’s got me like that. I’ve only been gone a few days.

“Let me off. Let me off now!” he shouts, completely berserk.

When he grabs the back of the driver’s neck, I panic. The whole cabin is frozen, and a few passengers gasp. I hear the Mexican lady in the row next to me pray softly, and I watch her pull her two babies closer. LaKeisha jerks the bus over to the side of the road and opens the doors. It’s pitch black and we’re still in the middle of a corn field. The doors swing open into the hot June air, and the man with the big eyes bolts down the steps and runs with all his might into the corn. He runs and runs and runs until we don’t see him anymore. Until he’s just a blip. My heart beats out of my chest. After ten minutes or so, LaKeisha drives on and Ron wakes up. His drool is dry on his cheek.

I shake my head and look back out the window. The sky is so black my temples ache from the squinting. I keep looking for the man with the big eyes, but he doesn’t show up.

The layover in Macon is around two hours, so we get off the bus in the Walmart parking lot and walk across the street to the Applebee’s. I’m watching my figure at the moment, so Ron suggests we eat here so we can both have something. He’s one of those men who will order for me and says things like, A steak for me and perhaps a salad for the lady?

The seats in the restaurant booth are cracked. Ron orders a Michelob Ultra and nurses it, and I have a few Long Island Iced Teas, top shelf, ’cause he is good to me that way. He says it’s okay for me to loosen up every once in a while, and I can trust him to look after me. I have about four LIT’s and a cobb salad with warm bacon bits.

Ron briefs me on what to do when we get to Boca. With his mother’s dementia worsening, she doesn't remember much and he wants her to think he’s settled down with someone good. If she asks who I am, I say his fiancé. If she asks how we met, I say at work. If she asks when the wedding is, I say next summer. Ron reaches across the table to hold my hand. He takes it in his palm and rubs my knuckles, smiling warmly. I smile back and feel like I'm choking.

When we get up to leave, my head starts to slosh and I reach for my bag to make sure I got him. Ron flips through his phone while I claw. I have it. I have the Naproxen, and the Allegra, and the Centrum One A Day Men’s Health vitamins. I need him to walk me back to the bus, but I still know I have everything he could need if he asks for it. I feel like I am going to throw up, but I hold it down. It’s so late, and we have ten hours till Boca. Lights from The Cheetah strip club blink in the distance. Ron pulls me by my arm and walks me up the stairs onto the bus.

The Macon newspaper has a Miss Heather’s Horoscope column where you can read about your zodiac sign. I pull out my copy and read Ron his. When I have this many drinks, I talk to him way too close to his face. I drop the Ambien into his palm and read aloud about Geminis. It says something about the moon being in perfect transit for his love and creativity. And how he is on the cusp of a rebirth.

I take the horoscope as a sign that I'm in the right place at the right time. I’m yapping about his astrological traits (great with communication, difficulty in expressing emotion!) when Ron puts his hot mouth on mine. I hate it but don’t push it off. It’s wet as he pulls me closer with the stronger of his arms. This time they aren’t shaking. The Ambien makes him handsy but I’ve been drinking too, so it’s no one’s fault. We sloppy kiss until he starts slurring his words. As he drifts, his mouth slides off mine and he slumps in the seat. I look at his hand and notice a gash, probably where he scratched himself. I look through my bag and find a Band-Aid and some Neosporin. I dab the wound with a cotton swab. It has a gloss from the salve that shines.

But I fix him up just fine. I look after him. The cabin lights cut out, and it’s so dark I can’t find his face anymore. I look up to the front of the bus, at the back of LaKeisha’s neck. She rubs the spot in a circle where the man with the big eyes grabbed her. For a moment, I think this is it. Right now, I can decide it’s over; and I’ll bring LaKeisha, too.

She and I should make a run for it.  She’ll park this piece of shit and we’ll bolt, arm in arm. We’ll be okay. We could do it. We could find our way.

I could pull the stop line. I know I could get off right here if I wanted to.

Halle Hill is a writer from East Tennessee. She holds a B.A. in Religion from Maryville College and an M.F.A. in Writing from Savannah College of Art and Design. She lives in Wyoming.