Screen Test: Ahab and the Whale 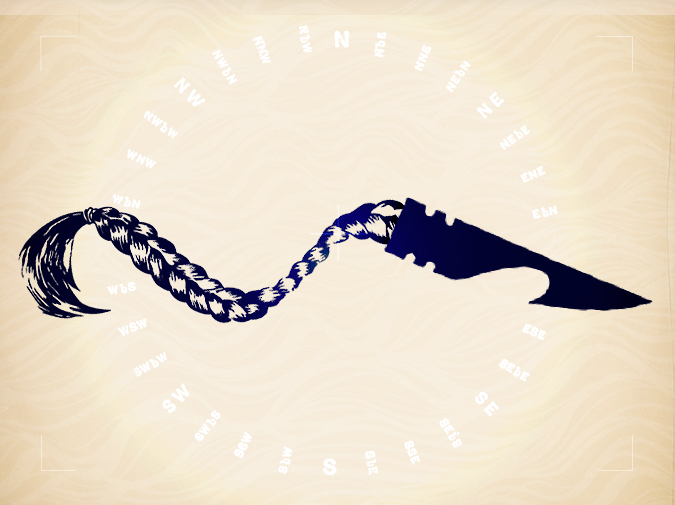 The whale, halter top and pigtails, flops back onto the couch with a script. Ahab, pleated slacks, sits opposite, safe. This test is not his to pass. The whale is the camera’s main concern, zooming in tight as she motors her lips in self-conscious prep, hooks loose hair on an ear. Off frame the director cues Ahab to grip his invisible harpoon. Towards thee I roll, thou all-destroying but unconquering whale; to the last I grapp— [Bright glitch in the tape.] The director, yellow polo, charges through the shot. Avuncular but firm, he asks the whale: Why’re you smiling? Would you smile for your old man, if he said such a thing? The whale listens with a face that plays at seriousness, like serious faces she’s observed on film. Her knees knock together. Ahab agrees: Yes, make like I’m your old man. He smiles with his whole head.

From hell’s heart I stab at thee! Ahab cries, and rains harpoonless fists upon the whale, who cowers, spine bared. [Another glitch; sound cuts out momentarily.] Ahab is rubbing the red fist shapes he made along her back, as if he might erase them. She all right? The whale smiles to prove her good sportism. Course she’s all right, says the director, rubbing too. She’s quite good, isn’t she? A real shriek, Ahab concedes, and the two hum their mutual pleasure. But I think, the director continues, she must rise, you know? On To the last I grapple with thee—he grabs her wrist and drags her to her feet to demonstrate—rise to hit her mark here, so the camera can see all of her, don’t you think? The whale agrees, then suggests on grapple maybe Ahab deliver the line with like some more … fearsomeness? Like oomph? To give her rise a reason? Ahab snaps, Don’t tell me what to do. The camera documents her shock, and shame, and pinprick tears. Ahab burrows in his script not to see. The whale and the director have some thing the whale and Ahab do not. Only one can control her, and Ahab is too late.

Can you manage once more? For real this time, no scripts. Now Ahab takes up the real and visible harpoon, long as the whale herself. Steel shaft and spear, barbed to pierce muscle and bone. THOU DAMNED WHALE, Ahab shouts, all purply. Fearsome, oh, he’ll give her fearsome. She rises with his reason. Steel glints in the fresnels. Thus, I give up the spear! He takes aim at the patch above her breast, below her braid, there she blows! there she— He stops himself. Sighs. Stomps the shaft’s blunt end on the carpet like a child. Once more, prompts the director. The whale thumbs-ups, goes back to one. Ahab shakes off the last take, begins again: THUS. Steel glints. Breast waits. THUS, I GIVE UP. Spear trembles. THE. Ahab wilts. Once more. Once more. The spear comes close but does not touch her. The whale stares chin up, chest out, relishing their eyes. Soon enough she’ll send them to their deaths. Once more: Ahab overcompensates with oomph and fells the whale. The camera scrabbles to capture them in their heap. On top, he has her now. A barb tears the strap of her halter but no further. Ahab cries. He cannot. He crumples into tears. He cannot do this! He cannot be expected to! The whale stares at him one long moment. She fixes his hands to the spear, the spear to her throat. Yes, she says. You can.

Lauren Friedlander is a writer and designer living in New York. She is a recipient of the PEN/Robert J. Dau Short Story Prize for Emerging Writers, and her fiction has appeared in Best Microfiction 2021, Catapult, The Rumpus, Washington Square Review, and elsewhere. She is currently at work on a novel.