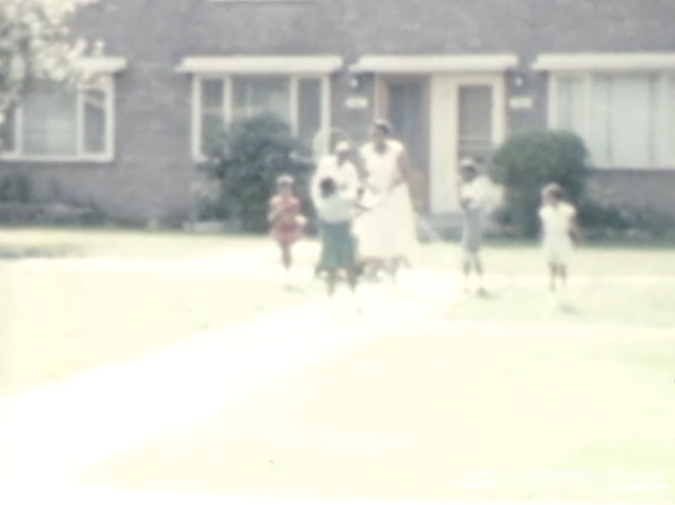 Always have your shoes reheeled before they really need it. Don’t wait till they wear down to the noisy, clicking nubs and turn cacophonous on hard surfaces. Go at the very first sign of rubber erosion, while the last reheel job still looks practically new. Forget about cheating, pushing it by a few days and hoping to stick to places with carpet–there are surprise hard surfaces everywhere, such as every elevator and public bathroom on the planet, and you’ll be caught at all the worst times unless you plan ahead. Way ahead. What it costs you in more frequent cobblers’ fees, it’ll more than return in the almighty QOL.

Why? Because it seems like a little thing, but it’s exactly the kind of little thing that distinguishes a person who has her life in order from one who’s fixing to fall right off the edge. A person wobbling around on clicking heels probably has all sorts of issues she’s not tending to. And maybe you do, too, but the last thing you need is to walk around broadcasting that to people two blocks away.

Said my mother. This was when she was telling me everything she could think to tell me as it occurred to her, one small digestible nugget at a time. For this, she came into my room after she’d already tucked me in for bed, showing me a tiny dent in the coal-black heel of one of her work pumps. You see this? she said. Tomorrow I’m taking these to get the heels redone. Let me tell you about rule number one.

Another day, she found me at the kitchen table, practicing my cursive letters, and invited me to touch the sleeve of one of her nice coats. This, what you’re touching, is called suede, she said, pressing it to the side of my face. What I want to tell you about suede, she said, is that it doesn’t belong in the rain. Rain ruins suede. It’ll make it ugly. Okay?

Okay, I said. I have to practice my cursive.

Another day still, she grabbed my collar just before I climbed out of the Volvo for school. Let’s listen to this song, she said, turning up the volume on the car radio. It was the O’Jays and Eddie Levert was singing about feeling like the hand sewn into his girlfriend’s glove. About wanting to kiss the ground she walked on. My mother sang along with the song, moving her lips but not making any noise. She pressed her forehead to mine and then pulled it away. This man is singing to a beautiful woman, she said. What do you think of that?

I don’t know, I said. I don’t like when boys talk about kissing. I don’t really like this song.

Okay, said my mother. Just remember it for later. Rule number one is you don’t want to have anything to do with any boy who wouldn’t sing about you that way. Don’t go near him unless he would kiss the ground you walk on.

For those last few months, she did that all the time, dropping one tiny lesson after another into my head like marbles. She could find me anywhere in the house. Let me teach you how to iron, she said, clutching the iron in her fist, as I crouched with my sister behind the dollhouse in the playroom.

I heard her do it, once, to Daddy. Michael, let me talk to you, she said, in exactly the same voice she had used earlier that day to tell me about brushing down my baby hairs with a toothbrush. She was holding the necklace he’d bought me that week, a series of bright blue pony beads on a length of yarn. When you buy one of the girls a necklace, she said, you have to buy them both a necklace.

He was eating his breakfast, a plate of scrambled eggs, and his fork paused over the eggs in freeze-frame as he stared at her. I bought it because Bellamy loves little necklaces, he said.

I know, said my mother. But there are two of them. That means you have to buy two necklaces.

That doesn’t mean you don’t buy her a necklace, said my mother. Maybe it means you buy her the necklace, and show it to her, and tell her that when she’s a big girl like Bellamy, you’ll let her start wearing it. You either give her the necklace, or give her something to look forward to. As she said this, she shook the beads a little bit, like dice.

Daddy set his fork down on the table, still with little pieces of egg attached to it. You’re upset, he said. Aubrey is four. You put a necklace on her and she pulls the damn thing off in five seconds.

You need to listen to me, said my mother a little bit loudly, leaning forward. If you give her a necklace and she throws the motherfucker right in your face, then that’s the situation and you deal with it. But rule number one is if you have two daughters, you buy two necklaces. I am right about this, and it’s something I don’t want you messing up.

I don’t remember making any noise but they both looked over right then to see me watching wide-eyed from the playroom, my sister kicking and then biting at the backs of my legs to recapture my attention. Before that, it had been months since either of them used adult words in front of us, or even spoke in anything but the sweetest tones, like characters on after-school sitcoms.

Well, all right, said my mother, nodding me over. She opened her fist and dropped the necklace into my outstretched hand. It’s yours. Enjoy.

In the last few weeks, she started repeating herself, all traces of discernible hierarchy dissolving. Everything was rule number one. If she mentioned something twice, I presumed it more important, and actually wrote it down on lined paper in my newly perfected cursive.

You already said that, I reminded her when she told me yet again about the heels. I climbed onto the sofa beside her and showed her where I’d written it in my composition book; she traced the words with her narrow finger and smiled at me.

What a good listener, she said. And your handwriting is excellent now.

Why don’t you tell Aubrey? I asked her.

Tell Aubrey about the heels?

Yeah, I said. Because you keep telling me, but I already know it.

She sighed heavily and let out a little laugh, both at the same time. Because look at her, she said.

We both looked down at the carpet where Aubrey was watching TV upside down, lying on her back with her dress hiked up and her Ninja Turtles panties showing. She was muttering to herself around the thumb she still sucked despite months’ worth of my mother’s valiant efforts to break her of the habit. Wearing a ruffled sock on one foot and a Stride Rite sandal on the other.

You tell me, said my mother. Does she look like the kind of person who’s going to care a lot about looking like she has her life in order? But you can tell her for me, later, whenever she learns how to wear two shoes that match in the first place.

Half the time I had no idea what she was talking about, but I had always been good at following directions.

The last one was about Linda Ronstadt. She came on the radio and sang a song that sounded like crying, the one where she’d done everything she could think of to try to trick some man into being her boyfriend. My mother asked me to turn up the volume and shushed me through the whole thing, lifting an eyebrow each time the caterwauling reached a climax.

Yuck, I said after it was over.

Yuck indeed, she said. Remember when I told you to wait for a man who’ll kiss the ground you walk on? That’s so you never have to sound like this. Crying about a man who doesn’t want you is worse than walking around with your buttons in the wrong holes.

Worse than clickety-clackety shoes, I guessed.

You’re damn right, said my mother. I think you’ve got it.

She was right, too, about my sister. At her college graduation, I sat cringing as she clattered across the stage on rubber heels that had somehow reached two different degrees of erosion, even though I had reminded and reminded her for weeks beforehand. My heart lurched with each step she took, even as Daddy and I clapped and hollered our encouragement. All her friends, too. Tottering and clicking around and getting too drunk in their caps and gowns at the reception, broadcasting their dysfunction to the whole campus. As the afternoon wore on, my sister sunk a heel between the slats of a sewer grate and toppled over with a braying laugh, treating everyone watching to a flash of her fuchsia thong.

I knelt down to help her up, but she reached instead for the arm of the broad-shouldered boy she’d been flirting with all day. He got her to her feet and then walked away, tossing back a look like you’d give a square of used tissue.

For the next few years, I just did the reheeling for her. Every few months I would visit her hurricane of an apartment and take an armful of shoes with me when I left, returning them a few days later with new heels. Sometimes the cobbler would tell me they were too far gone, that she’d been walking on the nubs too long and that he’d have to use markers to color on the illusion of material that had worn down. When that happened, I just threw the shoes away.

You’re such a bitch, she said, scowling, when one day I handed her a bag missing her favorite pair of dirt-cheap pleather boots, destroyed beyond repair.

Rule number one, I told her.

I was going to take those to Atlantic City this summer, she whined. Nobody but you cares about that kind of shit, anyway.

Shannon Sanders is a Black writer near Washington, DC, and a 2020 winner of the PEN/Robert J. Dau Short Story Prize for Emerging Writers. Her fiction appears in One Story, Electric Literature, Joyland, Strange Horizons, SLICE, and elsewhere. Find her at ShannonSandersWrites.com and on Twitter at @shanderswrites.